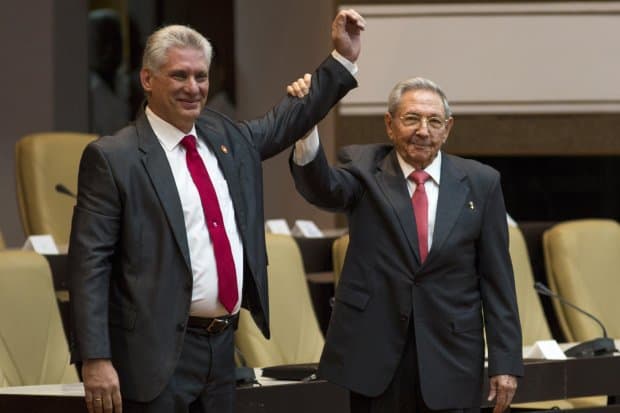 For the first time in forty years, the ruler of Cuba is not named Castro. Raul Castro, brother of deceased Fidel, handed the reins to vice president Miguel Díaz-Canel. Diaz-Canel has worked for Cuba’s Communist Party for years. However, Raul Castro will stay on as leader of the Communist party. Castro said that after his death, Diaz-Canel “will take over as the first secretary of the Communist Party, if he does a good job. That’s how it’s been planned.” In 2014, Obama loosened sanctions against Cuba held in place since Fidel Castro’s revolution in 1959. Full diplomatic relations were reinstated, and travel restrictions between the US and Cuba were loosened.

Former FBI director James Comey released his tell-all book about his time in the Trump presidency. In his many interviews since the book’s release, Comey has said Trump is “morally unfit to be president.” On Friday, memos Comey wrote while working in the Trump administration were released. According to the memos, Trump overstepped his boundaries with Comey. The president asked Comey to stop the investigation into his former national security advisor Michael Flynn, denied the existence of a prostitute scandal, and supported jailing journalists. Comey suggested the existence of a tape with Trump and Russian prostitutes could suggest more material was being held by the Russians who would use the evidence to blackmail Trump in the future. 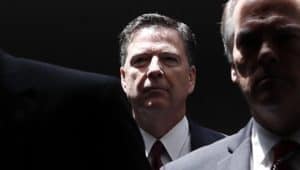 The Case Against Michael Cohen

The case against President Trump’s personal lawyer, Michael Cohen, was dealt another blow this week when it was revealed Sean Hannity was his client. The Fox News anchor has been one of Trump’s most vocal supporters since his campaign. Cohen admitted Hannity was his client this week in federal court, where he is being investigated about his payments to adult film star Stormy Daniels so she wouldn’t go public with her affair with Trump and other charges by Special Counsel Robert Mueller. Hannity downplayed his relationship was Cohen, claiming it was just “brief discussions with him about legal questions about which I wanted his input and perspective…My discussions with Michael Cohen never rose to any level that I needed to tell anyone that I was asking him questions.” Despite his denials, the admission raises more questions about Cohen’s involvement with President Trump and his associates. 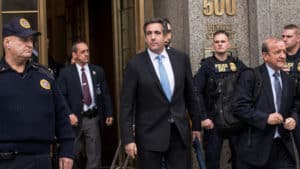 North Korea made a step towards peace when they removed the requirement that American troops leave South Korea before giving up nuclear weapons. South Korean president Moon Jae-in has been speaking with North Korea in advance of President Trump’s upcoming meeting with President Kim Jong-un. President Trump has been vocal about his hope to be the first president to reunite the two Koreas. Sanctions against North Korea have hurt the country economically, possibly leading the government to acquiesce the weapons. Despite the negotiations between the two Koreas, President Trump said he would leave the meeting with North Korean leaders if he felt the meeting was not fruitful.[/vc_column_text][/vc_column][/vc_row] 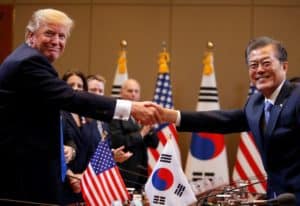