Nigeria: APC In Disarray Over Selection Of Party Chairmanship 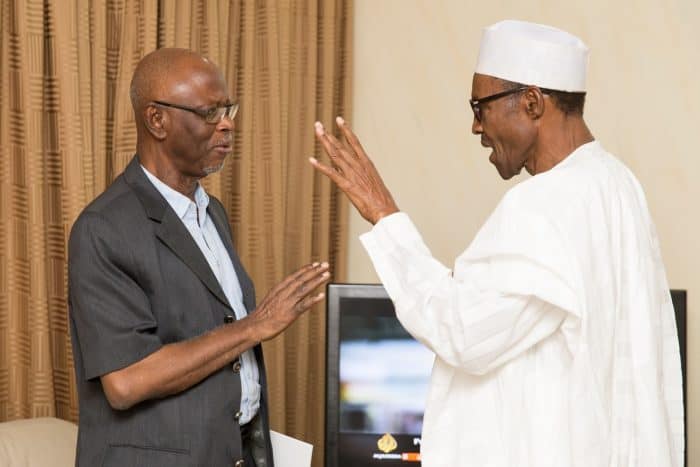 For the ruling All Progressives Congress, APC, it is a tale of a house falling apart.

The fight over APC chairmanship ticket is acrimoniously becoming a dilemma for the ruling party. The situation, if not swiftly resolved, may hinder the chances of the party winning the forthcoming 2019 general elections.

While some members prefer Chief John Oyegun, the party’s incumbent chairman to pilot the affairs of APC for another tenure, others want erstwhile Governor of Edo State, Adams Oshiomole for chairmanship slot.

President Muhammadu Buhari among other bigwigs in the party such as Chief Bola Tinubu has overtly and covertly, thrown their weight behind Oshiomole’s candidacy.

During the APC’s last National Executive Council, NEC, meeting held in Abuja, the party had granted a 12-month tenure elongation to all members of its National Working Committee, NWC, led by Oyegun.

With the directive, Oyegun would have overseen the 2019 election as chairman of the party. But that remains a doubt at the moment, no thanks to Buhari, who in a shocking move reversed the decision, saying it was against the party’s constitution; a move many see as a plot to halt Oyegun’s ambition.

In a closed-door meeting between the President and governors elected on the platform of APC held at the Presidential Villa, Abuja on Tuesday, Buhari reportedly canvassed for support for Oshiomole to secure the chairmanship ticket in the party’s national convention where new members of the party’s National Working Committee will emerge.

The convention, barring any change, is expected to hold on May 14 in Abuja.

“The President called this meeting with the progressive governors to ask them to back Oshiomhole’s candidature. That’s the purpose of the meeting administration that is the President’s position,” Vanguard newspaper quoted a source as saying on condition of anonymity after the meeting.

Speaking on the issue, the APC in a statement issued through its spokesman, Bolaji Abdullahi, played down talks that Buhari attempt to impose a chairmanship candidate on the party, maintaining that proper process have to be followed.

The party, however, distanced itself from insinuations that the president has his preferred candidature for the chairmanship position, stressing that he has the right to do such.

Addressing reporters in Abuja, APC said: “The president is a party member and has the right to have his preferences, and I don’t get the feeling that he told anyone this is the person you must support.

“He met with some of the governors who went to ask him, and they were actually four. I don’t think that the governors that met him on Wednesday said he told them so.

“So, maybe they probably asked him, and because of the relationship he has with them, he told them what his preferences are, and they felt that it was important for them to make this available to the public. I don’t get the feeling that President Buhari called the governors and told them that this is the way you must go.

“The opportunity he gave the party has made us better because that is how we arrived at the position we are discussing now. The consultation he had with these governors was a private conversation. He did not address a press conference to say this is the person I want.

“So, if those individuals he confided in felt it was necessary for them to make the position public, I don’t think it is fair for us to hold the president responsible for this. I don’t think he has foreclosed anything or that he has said this is the way everyone must go.”

Reacting to the development, Kano State Governor Umar Ganduje has dismissed allegations of imposition by Buhari over his support for Oshiomole, saying the move is nothing but a personal opinion.

In a chat with journalists in Abuja, the governor noted that though the president’s action is not constitutional, it would be unfair to describe it as an imposition.

According to him, “Buhari’s choice on who becomes the APC next national chairman is his personal opinion; it is not an imposition in any way.

“Mr. President’s opinion is not constitutional, and it is not a non-constitutional opinion as well. He just voiced out his thought which will serve as a guideline to some and otherwise to others.

“There is what we call guided democracy, and we regard what Mr. President said as such,” he stated.
He, however, said that if President Buhari´s choice of the party´s next national chairman would ensure its stability and avoid a fallout after the election, it would be better for all.”