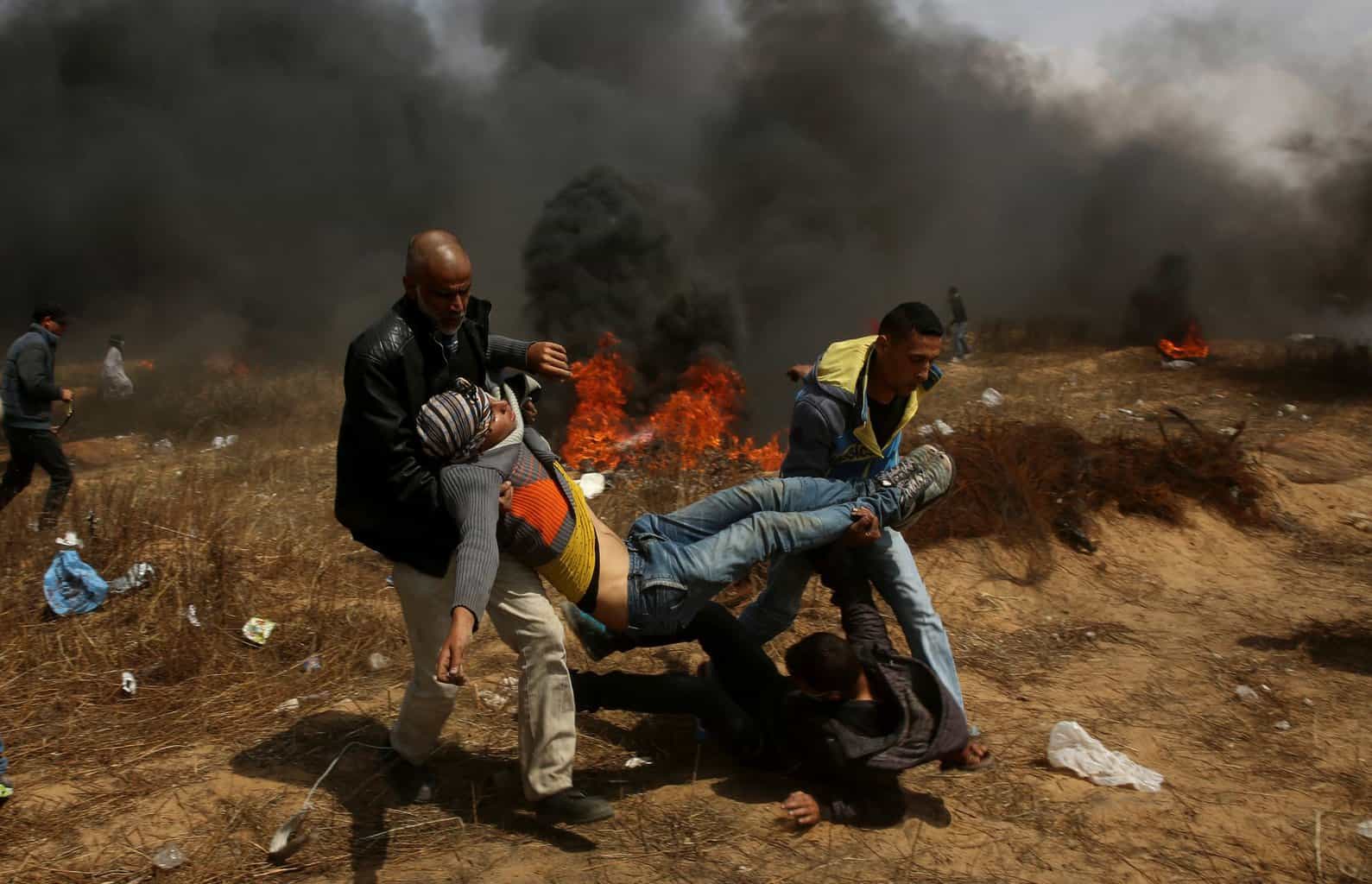 Thousands of Palestinians were injured Friday after rushing into Gaza towards Israel and attempting to break down the barrier fence. Israeli troops fired at the protesters, killing at least three. Reports vary about who took the first steps toward violence, with both sides claiming they attacked out of self-defense. The protests are expected to continue under the direction of Hamas leader Ismail Radwan.

The leaders of North and South Korea held a historic meeting on Friday, vowing to create a unified, demilitarized Korea after decades of conflict. South Korean president Moon Jae-in symbolically stepped over the official border into North Korea and embraced North Korean President Kim Jong Un. Their joint statement read they shared a “common goal of realizing, through complete denuclearization, a nuclear-free Korean Peninsula…South and North Korea will actively cooperate to establish a permanent and solid peace regime…Bringing an end to the current unnatural state of armistice and establishing a robust peace regime on the Korean Peninsula is a historical mission that must not be delayed any further,” the statement said. World optimism remained cautious as the two countries have yet to announce firm deadlines or plan for their future. 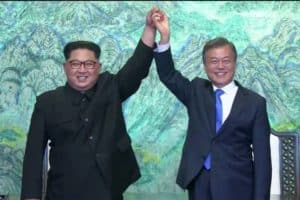 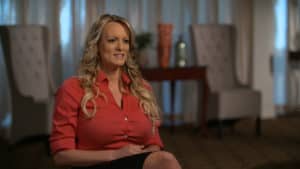 The criminal lawsuit against Cohen relates to use of campaign funds for the cover-up; Cohen claims he used his own personal money for the payment.

Armenia’s president Serzh Sargsyan resigned this week after days of protest. He had previously hit his two-term limit as president but stayed on as prime minister after recent law changes transferred most political power to the country’s prime minister. The power transfer was seen as unconstitutional and against Sargsyan’s vows, he would not stay in power. Citizen anger against Sargsyan had been building since a previous protest killed ten in 2008 and again when the conflict between Armenia and Azerbaijan erupted. The protest leader, Nikol Pashinyan of the Civil Contract party, is calling for open elections for a new leader. 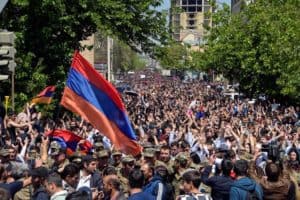 Armenia was previously part of the Soviet Union and Russia maintains close ties with the country. So far, the Russian government has encouraged the calls for democratic elections but not involved themselves directly.

The Trump administration held its first official State visit this week, hosting President Emmanuel Macron and his wife Brigitte. The two leaders have enjoyed a good relationship since Macron took office, in contrast with Trump’s relationship with other world leaders. One of Macron’s goals for this visit was convincing President Trump to reconsider his negative opinions of the 2015 Joint Comprehensive Plan of Action (JCPOA) intended to stop Iran’s nuclear missile program. Trump threatened to pull out of the Obama-era deal by May 12 but later on, Tuesday said the two were “close to understanding each other.” 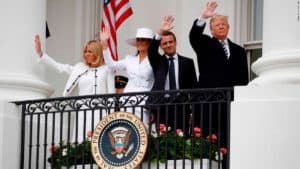 Ten people were killed in Toronto Monday when a van plowed into pedestrians on a busy street. The killer was identified as 25-year-old Alek Minassian; he was arrested by police and is being held on 10 counts of murder and 16 counts of attempted murder. On Facebook, Minassian pledged allegiance to the “Incel Rebellion” a movement created by men that stands for “involuntarily celibate.” The movement’s leader blames women for their predicament, claiming they are at a disadvantage because of their sex. Eight of the ten victims were women. 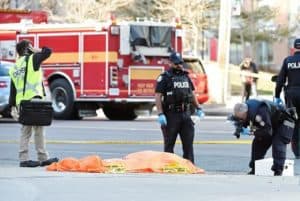 A scene at the Toronto Truck attack

The Republicans on the House Intelligence Committee officially cleared President Trump charges of all charges related to Russian collusion in the 2016 election. The 250-page report stated any wrongdoing was “only ill-advised contacts between campaign aides and Russian officials.” Instead, they blamed Hillary Clinton’s campaign and the Democratic National Committee for funding opposition research by Russian officials. Democrats released an opposing document, saying the committee “failed to pursue obvious leads, interview important witnesses or investigate crucial lines of inquiry.” Trump celebrated the Republican conclusion, tweeting “Just Out: House Intelligence Committee Report released. “No evidence” that the Trump Campaign “colluded, coordinated or conspired with Russia.” Clinton Campaign paid for Opposition Research obtained from Russia- Wow! A total Witch Hunt! MUST END NOW!”

Dr. Ronny Jackson, Trump’s pick for Veterans Affairs secretary, removed himself from the running after both Democrats and Republicans protested his nomination. Allegations of misusing prescription drugs, drinking alcohol at work, and creating a hostile work environment were among the reasons the rear admiral’s credentials were questioned. 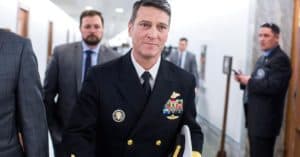 The Department of Veterans Affairs is the second largest cabinet department and despite serving in the Navy under three presidents, Jackson has little experience in the political expertise needed to hold the role. President Trump lamented the charges against Jackson saying, “I don’t want to put a man through a process like this…I wouldn’t do it. What does he need it for?”

The resignation of White House chaplain on Thursday shocked lawmakers and the chaplain himself who has served three presidents. Rev. Patrick J. Conroy was asked to resign two weeks ago by House Speaker Paul Ryan though he was not told why. Conroy said he did not know if politics was the reason for his departure but mentioned a prayer he made when Congress was debating new tax regulation was met with disapproval by the speaker. 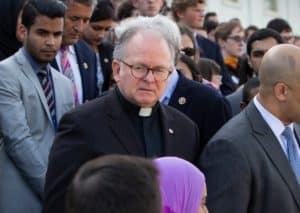 His prayer cautioned against laws that would not benefit all Americans: “May all members be mindful that the institutions and structures of our great nation guarantee the opportunities that have allowed some to achieve great success, while others continue to struggle.” Religious differences may have also played a part as Speaker Ryan is Catholic and Father Conroy is Jesuit.