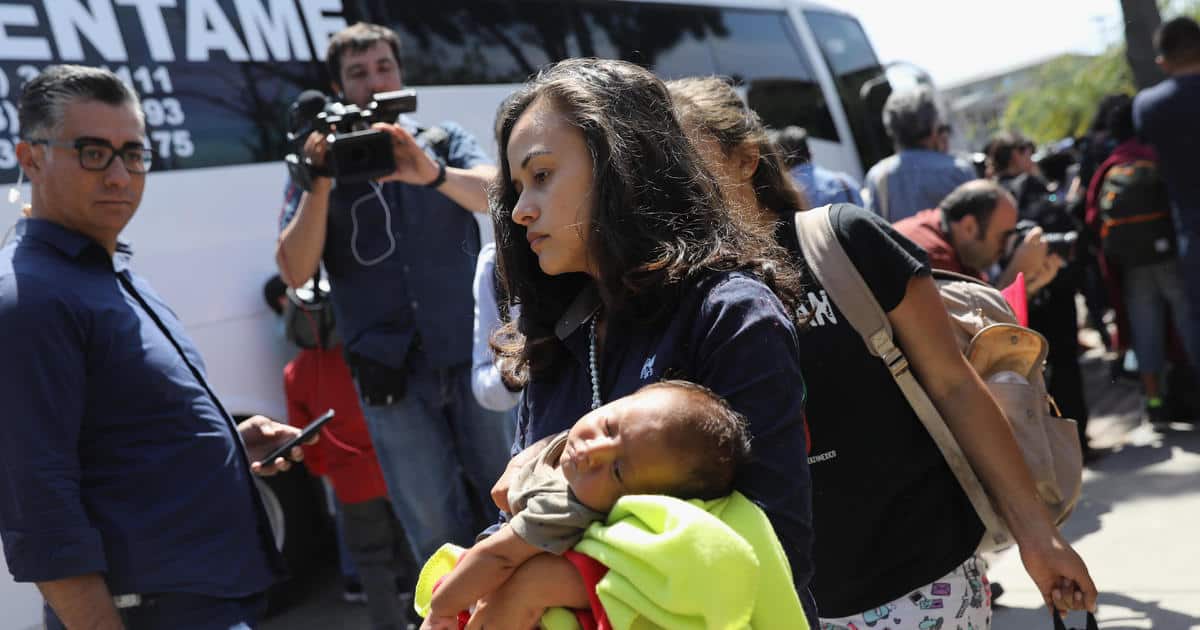 The quest for asylum from the caravan of Central Americans was halted after Border Patrol authorities declared they were unable to process the migrants due to space constraints.

“At this time, we have reached capacity at the San Ysidro port of entry for CBP officers to be able to bring additional persons traveling without appropriate entry documentation into the port of entry for processing.”

McAleenan then assured people that once space opens up and “resources become available” officers “will be able to take additional individuals to the port for processing.”

Alex Mensing, an organizer for Pueblo Sin Fronteras, told ABC’s “Start Here” podcast on Sunday that caravan members were told, “Twenty people can wait next to the door, but they would not be processed, and they would not say how long we will have to wait.”

After a problematic month-long journey to the US-Mexico border, dozens of asylum seekers who’ve trekked across Central America vow to remain along the border until “every last one” of them is admitted into the country. 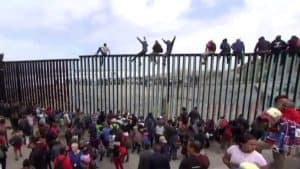 Migrants at the US-Mexico border

The migrants have marched from Friendship Park in Tijuana, Mexico to the San Ysidro port of entry. Standing along the Mexican border, the other side San Diego awaits as thousands of migrants reached Tijuana last Tuesday.

Migrants say they want a better life for themselves and their children, safe from violence and poverty in their home countries. The caravan both a humanitarian and activist mission is intended to highlight the plight of such a feat.

The caravan’s mission has only irked President Donald Trump, as he has tweeted on occasion critical messages heightening the controversy surrounding immigration policy.

Trump has continually urged Mexico to break up the caravans and tweeted he would not accept the migrants into the country.

“I have instructed the Secretary of Homeland Security not to let these large Caravans of people into our country. It is a disgrace. We are the only country in the World so naive! WALL,” Trump wrote.

“If members of the ‘caravan’ enter the country illegally, they will be referred for prosecution for illegal entry in accordance with existing law,” Department of Homeland Security Secretary Kristjen Nielson said in a statement.

Some migrants have allegedly climbed over a metal fence. Chief Patrol Agent Rodney S. Scott of the US Customs and Border Protection said in a statement, “We are a very welcoming country, but just like your own house, we expect everyone to enter through our front door, and answer questions honestly.”

It is not illegal to enter the country at a port of entry and ask for asylum, as international law requires the United States consider asylum claims. The migrants say they are not planning to sneak across the border, but to turn themselves in peacefully and ask for asylum.

According to immigration court statistics published by Syracuse University, more than three-fourths of the asylum seekers from El Salvador, Honduras, and Guatemala between 2011-2016 lost their cases for U.S. asylum.