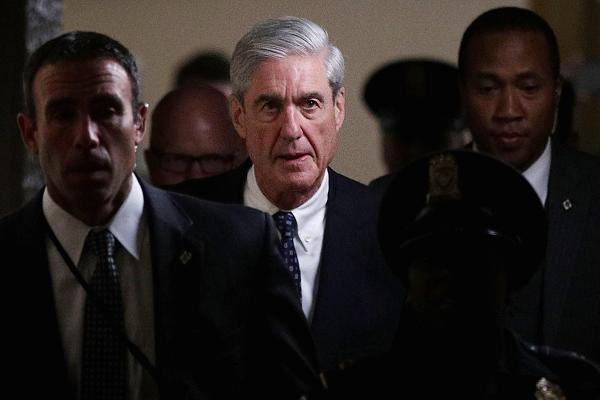 The Washington Post reported on Tuesday that Special Counsel Robert Mueller told President Trump’s attorneys he could issue a subpoena for the President to appear before a grand jury.

The conversation happened at a March meeting with the Trump’s lawyers and Bob Mueller. Attorneys for the President insisted he was not obligated to answer federal investigators’ questions about Russia’s interference in the 2016 election.

The Post reported that upon hearing Mueller’s threat of subpoena Trump’s former lead attorney John Dowd responded aggressively. Dowd said, “This isn’t some game. You are screwing with the work of the president of the United States.”

Dowd later resigned as a result of a disagreement with Trump and his advisors about how to move forward with the case.

The Post reported that Mueller’s team then provided Trump’s lawyer’s specific information about topics they planned to discuss with the President. From that information, Trump attorney Jay Sekulow compiled a list of 49 questions he assumed the President would be asked.

That list was leaked to New York Times and published in a feature story on Monday.

According to the Post, Trump’s reorganized legal team, now led by former prosecutor and former New York Mayor Rudy Giuliani, “is pondering how to address the special counsel’s queries, all while assessing the potential evidence of obstruction that Mueller might present and contending with a client who has grown increasingly opposed to sitting down with the special counsel.”

If Trump refuses to voluntary appear before Mueller’s investigators and is formally subpoenaed the stalemate could find it’s way to the Supreme Court.

The Post reported that Sekulow, Dowd, and spokesman for the special counsel Joshua Stueve declined to comment on the matter.

Guiliani told the Washington Posts on Tuesday “that he views Mueller as the utmost professional, but is still reviewing documents and considering conditions he might set before deciding whether to recommend that Trump agrees to an interview.”

Giuliani said, “I still have a totally open mind on what the right strategy is, which we’ll develop in the next few weeks.”

In a meeting with Mueller last week Giuiliani said Trump and his advisors were resistant to a “sit-down,” although the option hasn’t been ruled out.

Earlier in the month, Trump’s changed his mind; his resistance fueled by raids on Michael Cohen’s home, hotel room, and office.

The Post reported that “Trump’s anger over the Cohen raids spilled into nearly every conversation in the days that followed and continues to be a sore point for the president. One confidant said Trump seems to talk about it 20 times a day. Other associates said they often stay silent, in person or on the phone, as he vents about the Cohen matter, knowing there is little they can say.”

If the matter finds it’s way into the judiciary, most judges believe the President is not above the law and are subject to standard legal proceedings. Nonetheless, the issue of a Presidential subpoena has never been tested in court.