Nigeria: How Northerners Falsify Polio Result For UNICEF, WHO 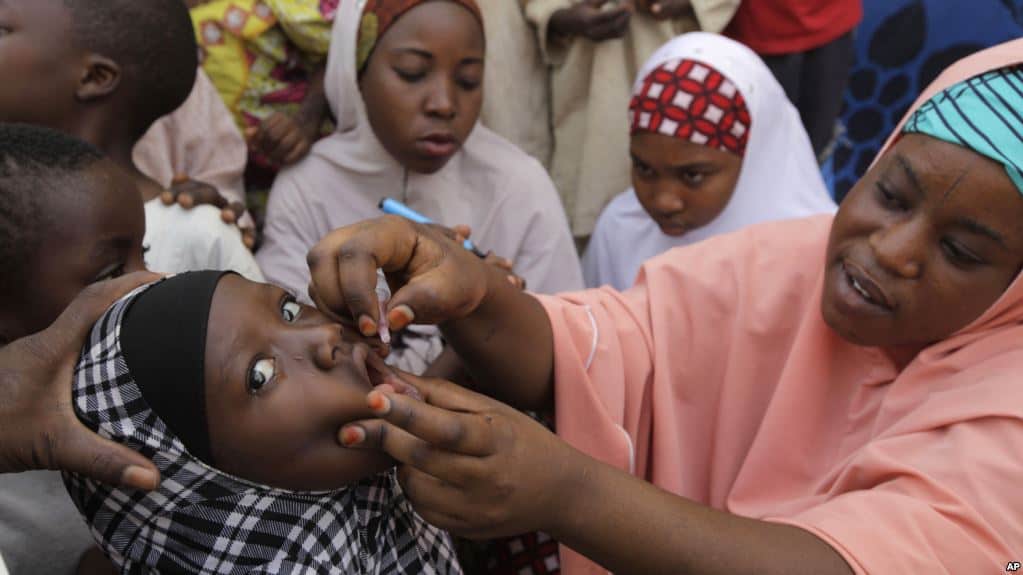 Despite the billions of euros spent in Nigeria by UNICEF and WHO to eradicate polio, Caracal Reports investigation uncover corruption and malpractices in the process especially in the northern part of the country.

The investigations revealed how few are siphoning the tremendous amount of money committed to the program to help the people at the expense of children who without vaccination would be at risk of getting the polio disease.

Polio is a crippling and potentially deadly infectious disease that is usually caused by the poliovirus. The virus spreads from person to person and can invade an infected person’s brain and spinal cord, causing paralysis. 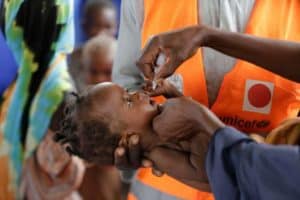 German government efforts and others across the world were geared towards helping Nigeria eradicate polio but, unfortunately, some parts of the country have taken advantage of these measures.

Investigations by our correspondent revealed that residents of the northern parts of the country had, over time, been rejecting the vaccine with officers on the field falsifying results showing children being immunized.

Findings at a Local Government Area, Dawakinkudu, Kano state revealed that citizens that work as field officers of UNICEF perpetrated various malpractices. Some of the officers have made the scheme their livelihood, often manipulating the results of the vaccinated children.

A member of National Youth Service Corps, Cynthia Obikwe, revealed to our correspondent that UNICEF workers who are indigenes of the local government engaged in various manipulations of the results to receive enormous funds from the organization.

The corps member who worked as a field worker during her program in Dawakinkudu community at Dawakinkudu local government, Kano, revealed that the field workers were compelled to falsify results after the exercise before it was collated for the UNICEF.

“The practice was being seen by these people as normal. They don’t see anything wrong with it. What I observed led to this issue is due to the fact that the northerners don’t trust innovations from the western world. For instance, we were at a particular place within Dawakinkudu where their community leaders came out and told us that the vaccine was to convert their children from their religion and tradition. Some of our people who understood their language interpreted to us. At that time, we didn’t talk; we pretended as if we didn’t hear them. To my surprise, our coordinators who were indigenes of the area begged the community leaders only to allow them to paint their children’s finger with ink so that it will be believed that they have been vaccinated. Immediately after this, we were instructed to paint the children’s finger which we did, though I did it reluctantly,” she said. 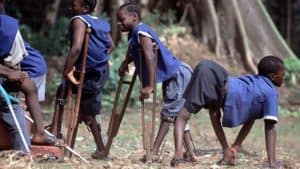 Kids who are victims of polio decease

Asked how they were asked to falsify result after the exercise, Cynthia said, “At the conclusion of each day’s exercise, they will ask us to hype our figure. The first time I discovered this, I was shocked, but my colleagues told me if I don’t comply it may endanger my life. So, I have to dance to the tune. Sometimes we will vaccinate 200 children, and at the collation of the result, you will hear a significant number like 2000.

There was a time my name was called with a falsified number, and I was shocked, but I couldn’t deny it. They also called some of us out to come and testify to the false figure, and you must do it. Let me tell you, if northerners are still part of Nigeria, polio will never be conquered.”

The corps member also explained that NYSC members were later edged out of the scheme when they noticed they are being reluctant to the grimy exercise and started using the indigenes who are half literate.

Some of the NYSC members at Abosho community and suburbs confirmed how senior field workers of the organization manipulate figures.

According to them, some of the villages recorded covered by the field officers were not covered.

While giving his account, Alex Babajide, said some of the field officers work together with some coordinators at the state level.

“The issue is not new to us all here. In most cases, those villages they reported covered were not covered. For instance, while I was with them, there was a rainy day we were expected to go to a village called Ajodomodo which is not pliable by vehicle, except motorcycle. Due to the rain, no motorcycle could attempt to go to the village. In the end, our coordinator asked us to arrive at a certain figure as the vaccinated number of children.”

Alex also revealed northerners do not truly believe in the exercise but only participate to earn money.

“They don’t believe in that program; they only make money through it.”

We will investigate – UNICEF official

A UNICEF communication officer, Lagos state, Mrs. Blessing Ejiofor, said the appropriate authority will be contacted about this development while an investigation will immediately commence nipping such acts in the bud.

According to her, “UNICEF is committed to the eradication of polio and other diseases afflicting children’s lives across the world. Therefore, we will not handle such case with kid’s gloves if our investigation confirms it. [The] appropriate authority will be contacted while immediate findings will begin.”