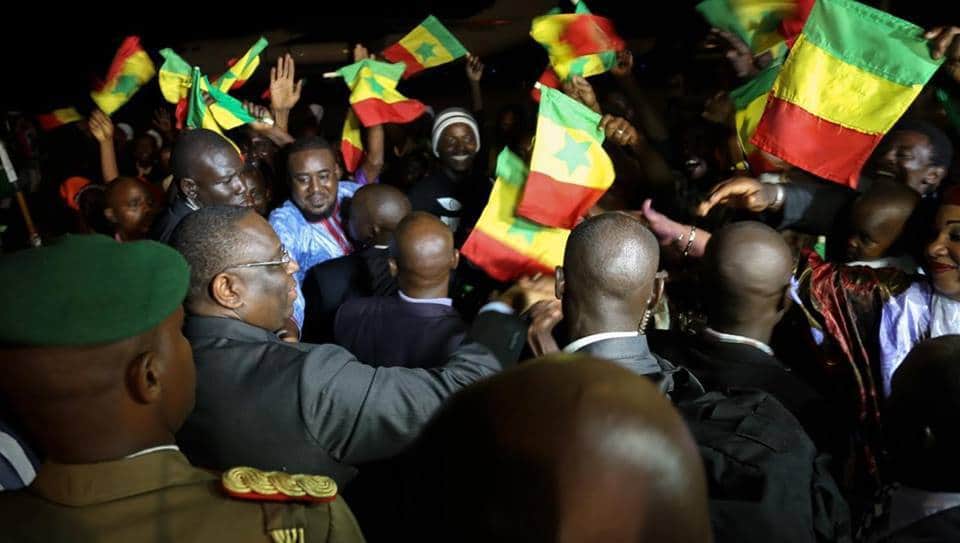 Burundi Referendum is scheduled for May 2018

As May 17- deal day for a constitutional referendum in Burundi- closes in, Caracal Reports correspondents, James Ojo examines the growing controversies and why the constitutional exercise remains a watershed in the political history of the East African nation.

There are two sides to a coin. Come May 17, Burundi, a country in East Africa will conduct a referendum to decide whether to remove the country’s existing constitutional provision, which stipulates that the president can only be elected twice for a five year period.
More than five million people have already registered to partake in the referendum, says the country’s electoral body. With every propensity to either make or mar the country, talks of the referendum has continued to polarize the nation than ever, and many contend such may further divide the country if not curtailed.
Changing the status quo
The ongoing talks of a referendum in the east-central African country were fuelled by incumbent President Pierre Nkurunziza’s determination to hang on to power.
Going by the constitutional provision of the country, a president is not supposed to exceed ten years in office.
But Nkurunziza is seeking to reverse the age-long law, hence talks of a referendum. Nkurunziza was elected president of Burundi in 2005 and subsequently reelected in 2010, garnering about 91% of the electorates’ votes. Having served out his two terms, which was in line with the constitution, none expected him to seek another tenure in office again.
But in 2015, the president to the utmost dismay of many, declared to run for a third term. The development sparked a constitutional crisis and intense opposition from critics and angry protesters. The opposition maintained that the president has no right to change the constitution insisting that he was not eligible to contest in the presidential polls. 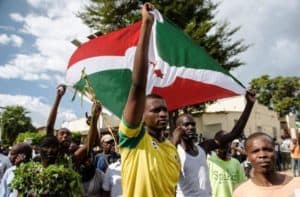 In his response, however, Nkurunziza had argued that he was eligible to run for the third term, noting that he was elected by the parliament for his first term, not directly by the people.
This led to a clash between anti-Nkurunziza protesters and security forces in Bujumbura, the country’s capital and birthplace of the former rebel leader. The conflicts were followed by an attempted coup on May 2015, to oust the former rebel leader from power.
Unfortunately, the coup, led by Burundi’s Army General, Godefroid Niyombareh could not stand the test of time as Nkurunziza again returned to power.
About 24,000 people fled Burundi as tensions mount ahead of presidential elections, the UN refugee agency said.
Against all the odds, the presidential elections were held in the country on July 21, 2015, but it witnessed low turn out according to the country’s electoral commission.
The result of the election as announced by the electoral body on July 25- four days after the controversial elections- claimed Nkurunziza won by polling a total of 69.41% votes while his rival Agathon Rwasa had 18.99 votes.
Many Burundians did not survive the violent crisis triggered by the Nkurunzia’s third term bid. At least 1,200 people were killed in the violence and more than 400,000 displaced, according to a report by Aljazeera.
The concerns
Amidst talks of the forthcoming referendum in the country, there are concerns over what will become of the nation, should the referendum pulls through.
On one hand is the fear of Nkurunziza becoming a dictator. If the referendum goes his way, he could yet serve the country for another seven terms, which means he may be in power till 2034. The development will also add his name to the infamous lists of ‘power-drunk’ African leaders who have ruled the continent.
The continent had had a rich history of leaders, who in times past were determined to hang on to power, even after serving out their tenure. 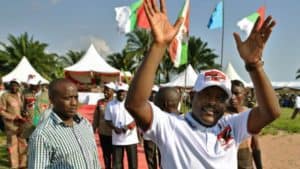 For instance, Yahyah Jammeh ruled The Gambia for 22 years but initially refused to step from power despite been toppled by his opposition, Adama Barrow during the December 2016 elections held in the country. It took joint efforts from international agencies, military, and neighboring nations to force him to admit defeat eventually. In Uganda, Yoweri Museveni also toed similar path by seeking to extend his stay in power despite being at the helm of the country’s affairs for 30 years.
The same can be said of President Paul Kagame of Rwanda. Elected president in 2000, he has changed the country’s constitution to extend his rule until at least 2034.
Therefore opponents of the referendum, are wary of an impending path to anarchy in the country. The referendum, if voted, they contend, would be an elongation of this tradition and may further cause political instability in the country or even another civil war.
The adoption of the referendum would signal an end to the Arusha Peace and Reconciliation Agreement – signed in 2000 under the stewardship of Nelson Mandela to end the civil war and create a governance framework for sustainable peace in the country.
According to Jérémie Minani, the spokesperson for humanitarian issues in the CNARED opposition coalition, a vote for the referendum would “create chaos and worsen the suffering and misery of the population.”
He maintained further that an end to the existing accord would “certainly take the country back to a new civil war,” adding that “The humanitarian consequences will be extremely serious: a total collapse of the economy resulting in increased poverty.”
Another concern is that the referendum could further deepen the humanitarian crisis rocking the country.
More people are joining the estimated 432,000 Burundians currently seeking refuge in neighboring countries, a statistics, likely to increase in the coming days as a cloud of uncertainty hovering over the country’s political space gets thicker and foggy.
A 2017 UN report estimates that across the Great Lakes region, some 7.4 million people are uprooted.
The country is yet to recover from the devastating effects of a civil war which broke out in the country in 1993 and officially ended in 2006, a situation which made the government, unable to provide the basic needs of its citizens.
About 2.6million of the country’s population lacks reliable access to food and more than 3.6 million Burundians lives before poverty level. About a quarter of the population need aid, and Burundi is now the world’s fourth most impoverished country. This is an increase of almost 20 percent over 2017, according to the UN’s Humanitarian Response Plan.
Also, a larger chunk of the population requires aid to survive. This, analysts observe, may deteriorate further if the country fails to get it best out of the referendum.
Purging the ‘enemy.’
Ahead of the referendum, the government, it appears, is leaving no stone unturned to rid perceived oppositions to the actualization of the epoch event. A clampdown on those who are likely to say ‘No’ vote to the referendum has seen many oppositions of the government fled the country, while those still in the country remain nearly ‘non-existent.’
“Opponents, including elected officials are constantly harassed. The [Imbonerakure] militia which protects government bigwigs commits abuses in the deplorable indifference of a judiciary which is a mere shadow of itself,” Dieudonné Bashirahishize, the head of a group of lawyers representing victims of the 2015 crisis, was quoted as saying by IRIN News.
He had added: “Leaders of the ruling party keep calling for those who dare to push for a ‘No’ vote to be lynched.”
Just earlier this month, lawmakers in the country approved a draft law that would give police the power to conduct night-time raids on people’s homes.
Last week Tuesday, Burundian government kick-started a campaign for the referendum, but its decision to ban certain media outlets such as British Broadcasting Commission, BBC, and Voice of America(VOA),  for six months has continued to raise eyebrows.
Although Burundi’s National Communication Council hinged the ban on an alleged breach of press laws and unprofessional conduct, many see the development as a brainchild of the country’s government tactics to hold onto power.
“This falls in line with the repression in Burundi as we head closer to the referendum,” Lewis Mudge, a senior researcher in the Africa Division at Human Rights Watch was quoted as saying while reacting to the ban.
According to him, “The banning of two major sources of information for the Burundian people is worrying.
“This is happening in the context of journalists getting threatened, those reporting on some of the oppression are being muzzled.”
As talks of the referendum continue to garner momentum, only time will tell what becomes of the country in the coming years.