Nigeria: Buhari’s Second Term Dangles As 35 Parties Unite against Him 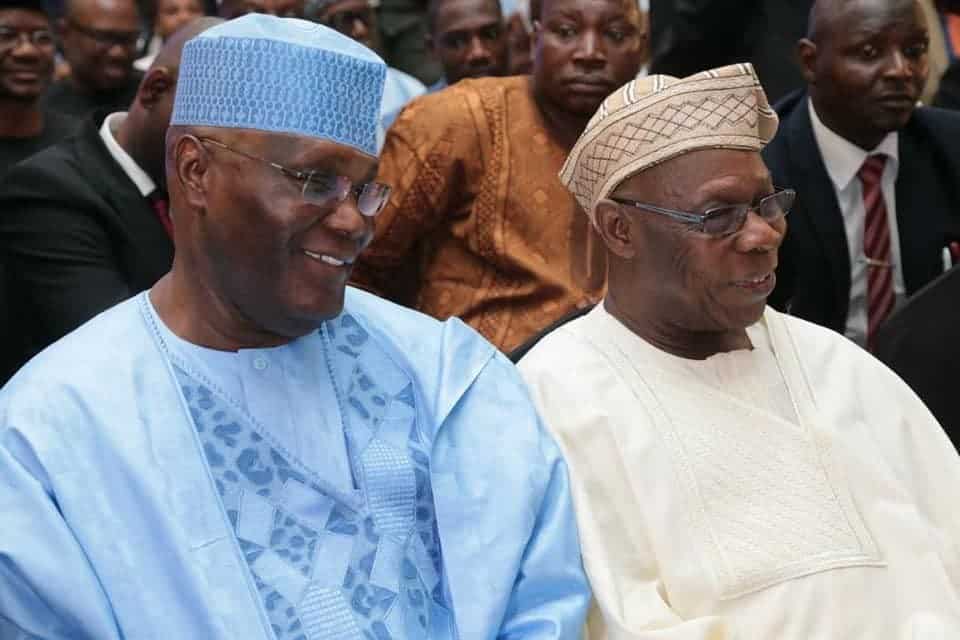 President Muhammadu Buhari second term ambition just hit a snag as no fewer than 35 political parties have teamed up to work against him in 2019 presidential election.

The political parties who hell-bent on seeing Buhari vacate the office in 2019 are being championed by former president Olusegun Obasanjo who is also the founder of Coalition for Nigeria Movement.

The parties’ leaders believed Buhari does not have what it takes to move the country forward, especially considering the avalanche of the quagmire the nation has been struggling since he assumed office three years ago.

In a separate interview with Caracal Reports, leaders of some of the parties confirmed that several meetings have been held and agreements were being made to perfect how they will all ensure Buhari is out of office in 2019.

Among the parties that have already confirmed they involvement include ADC, SDP, PDP, NCP, YDP, KOWA, AA, ADP, AP and others.

In one of the meetings held last week, the collation of the political parties agreed to adopt a candidate that will vie against Buhari in the coming election.

“As it is, we have a lot of people who have the interest to contest, but we need a popular candidate who is from the north. That is why some people have been speculating that Atiku may be the best Option. And when you look at it, he is from the same part of the country with Buhari, and the northerners prefer him to Buhari currently. So, the answer may not be far-fetched from Atiku being the candidate. But then, we still have to wait for our leaders to reach a compromise and come out with a right decision.

Chief Martin Onovo, a chieftain of National Conscience Party, told our correspondent that the alliance that was formed by 35 parties would ensure that Buhari suffers worst of his political career in 2019.

He confirmed that 35 political parties across the country under a coalition are already working together with Coalition for Nigeria Movement headed by former President Olusegun Obasanjo.

“All patriotic politicians in this country have agreed on one thing that this government must leave office at the soonest possible time which is 2019. Several consultations are going on. The 35 party coalition that the National Conscience Party belongs to, Action Alliance, Labour Party and many others have been working together to unseat this current government. The alliance of 35 parties has aligned with the Coalition for Nigerian Movement. They are aligned because the purpose of the coalition led by Chief Olusegun Obasanjo is the same purpose for the 35 party coalitions which is to unseat the ruling party.

He added that “Ultimately what we are going to see is a ground coalition of coalitions for the purpose of removing this catastrophic ruling party. The 35 party is aligned with the coalition of the Nigerian movement. It is a grand coalition of parties to unseat the ruling party from power. If we don’t remove the ruling power from the seat, Nigeria will collapse after 2019 because as it is, corruption is unlimited and the economy is totally destroyed. The ruling party must be removed immediately.

The national spokesperson of Coalition for National Movement, Mr. Akin Osuntokun, also confirmed to Caracal Reports that plans are in works by the parties to ousts Buhari in 2019.

“It is true that more than 35 parties have come together under the coalition purposely to unseat the ruling party in 2019. Some members of PDP who are a bloc in APC are also talking to us in respect of these moves. If all the opposition platform will like to fight the presidential election that is the formula to the full-time improvement. All opposition platform can come together in a great alliance for the purpose of contesting a presidential election and just choose one candidate”.

Asked on how the coalition intends to achieve its mission, Osuntokun said “Look, it is not us that is going to accomplish this, it is Nigerian citizens. If you are happy with Nigeria and Buhari, then you can go on with him. I cannot force anyone, and our party is not going to impose on people. It is the people that will determine everything at the end of the election. The only thing that is observable is the general revulsion against Buhari’s regime

Osuntokun also said all the parties coming under the aegis of the coalition are ready to adopt a candidate that will unseat Buhari in the presidential election.

“The collation I am talking about doesn’t mean the parties will merge, it will be for the purpose of the Presidential election, each party like SDP and so on will adopt one person that will be backed by all to unseat Buhari.”

The national Chairman of National Conscience Party, Alhaji Tanko Yinusa in his contribution said the party was ready to unseat the ruling party alongside other parties in the coming general election.

Tanko said a coalition of the 35 parties is ready to work with Obasanjo’s coalition to achieve their long-term dream.

We are ready to work with the coalition championed by Obasanjo to merge; our target is to unseat the ruling party and bring a true democracy to Nigerians”.

However, the national chairman of Young Democratic party, Mrs. Georgia Bokpokpo, told our correspondent that the party was also ready to help Nigeria bring a new democracy by ousting Buhari in 2019.

“We are all ready to parley for the good of this country. All we want is a good government for Nigerians, and this must happen in 2019”, she said.

Meanwhile, a chieftain of Labour Party, Abdulkadiri Abdulsalam, said CNM is yet to contact the party for a possible coalition.

The national publicity secretary of People Democratic Party, Mr. Kola Ologbondiyan, confirmed to our correspondent that PDP was already in terms with other parties across the country to ensure the reign of Buhari expires in 2019.

“We are already in for the game to ensure that Buhari does not continue in 2019. We cannot fold our arms and watch Nigeria with the disaster we have been into for three years now. Every measure must be employed to save Nigeria”.

Governor of Katsina state, Mallam Aminu Bello Masari who is a loyalist to Buhari said that President Muhammadu Buhari could only be defeated in the coming 2019 Presidential election if contestants are from the moon or ground.

Masari was responding to the reports that 35 parties will field in a candidate to oust Buhari in 2019.

“Well, unless someone is going to come out from the ground or moon that Buhari can be defeated in the 2019 election.

We know their weight, capability and the resourcefulness of all of them unless from the moon or from the ground, there is no one to match the integrity of Mr. President.”