North Korea Former Spy Chief Headed To US For Talks 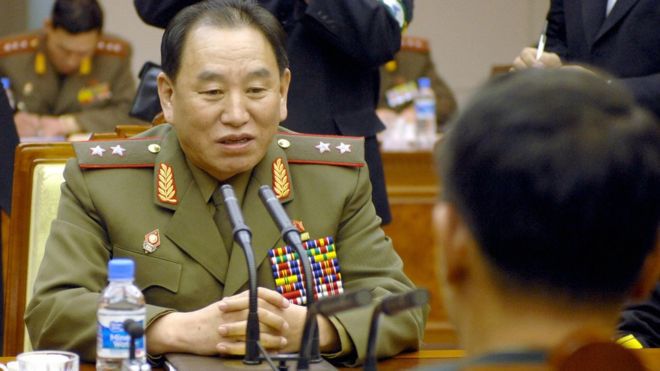 Kim Yong-Chol, a top North Korean official is on his way to the United States and will hold talks with the Secretary of State Mike Pompeo, as the US and North Korea struggle to finalize plans for a June 12 summit between President Trump and Kim Jong Un.

President Trump confirmed today that Kim Yong Chol was on his way to New York. Kim had already been spotted in transit by reporters from the Associated Press and various South Korean media. He is reportedly booked on a flight from Beijing to New York and will then travel to Washington DC to meet with Pompeo.

It was unclear whether he will meet with any United Nations diplomats during his time in New York City.

Kim is the former head of North Korea’s spy agency, the Reconnaissance General Bureau. He rose to notoriety in 2010 because many people blamed him for sinking the Cheonan, a South Korean naval ship. 46 South Korean sailors died when the ship sank. North Korea has steadfastly denied any involvement in the ship’s sinking.

We have put a great team together for our talks with North Korea. Meetings are currently taking place concerning Summit, and more. Kim Young Chol, the Vice Chairman of North Korea, heading now to New York. Solid response to my letter, thank you!

Journalists have had a field day reporting on the lead-up to this summit, which has been beset with constant ups and downs. Last Thursday, Trump suddenly canceled the summit, after North Korea’s Vice Foreign Minister, Choe Son Sui, called Vice President Pence a “political dummy.” However, talks about the summit have continued, and it appears that the meeting may happen after all. On Sunday, the leaders of North and South Korea held an unexpected meeting which gave many people hope that the summit can be rescued.