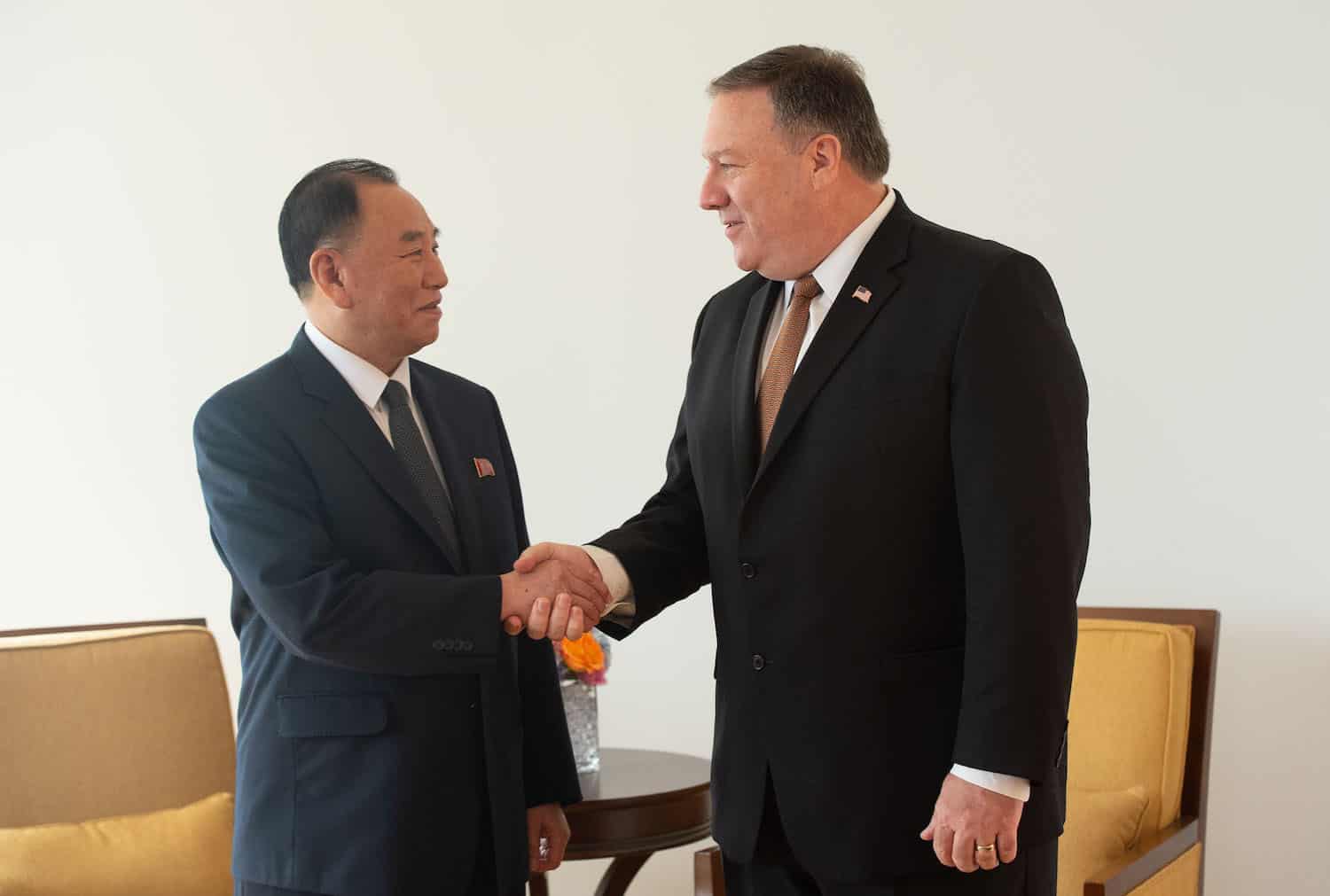 Secretary of State Mike Pompeo says the US and North Korea have “made real progress” in the last 72 hours, towards setting the conditions for talks to be held between President Trump and the North Korean leader, Kim Jong Un.

But Pompeo, speaking to reporters in New York this afternoon, refused to say whether the June 12 meeting between the two leaders will take place.

Pompeo sat down with one of North Korea’s top officials this morning to try and salvage plans for the summit, which President Trump called off last week.

The North Korean official, Kim Yong Chol, is going to Washington DC on Friday to hand-deliver a letter from the North Korean leader to President Trump.

“I look forward to seeing what’s in the letter. It’s very important to them.” Trump told reporters on Thursday.

Kim Yong Chol, the former head of North Korea’s spy agency, arrived in New York on Wednesday. He and Pompeo had dinner on Wednesday.

On Thursday, the two men met at 9 am at a luxury apartment belonging to a US diplomat, on the east side of Manhattan not far from the United Nations.

The Trump administration is reportedly looking for a commitment from North Korea to show that the nation is serious about giving up its nuclear weapons before the US finalizes plans for the June 12 summit in Singapore.

Pompeo refused to answer, on Thursday, as to whether the US had received that commitment. He referred to the summit as “expected” and added, “it would be nothing short of tragic to let this opportunity go to waste.”

When pressed, he said he did not know when the summit would be confirmed.

Last week, Trump sent a letter to Kim Jong Un calling off the summit. He said he was responding to “escalating rhetoric” from North Korea.

North Korea, for its part, was angry when Trump’s National Security Advisor, John Bolton, urged them to follow the “Libya model” of giving up their nuclear weapons. Many leaders see Libya, now a war-torn and mostly lawless region, as a cautionary tale rather than a model to be followed.

But this week, there were signs that the meeting might take place after all. South Korea and North Korea held surprise talks in the demilitarized zone between the two countries, and now Pompeo and Kim Yong Chol are holding talks in New York.