In Buhari’s Nigeria, No Opposing Voice Is A Saint 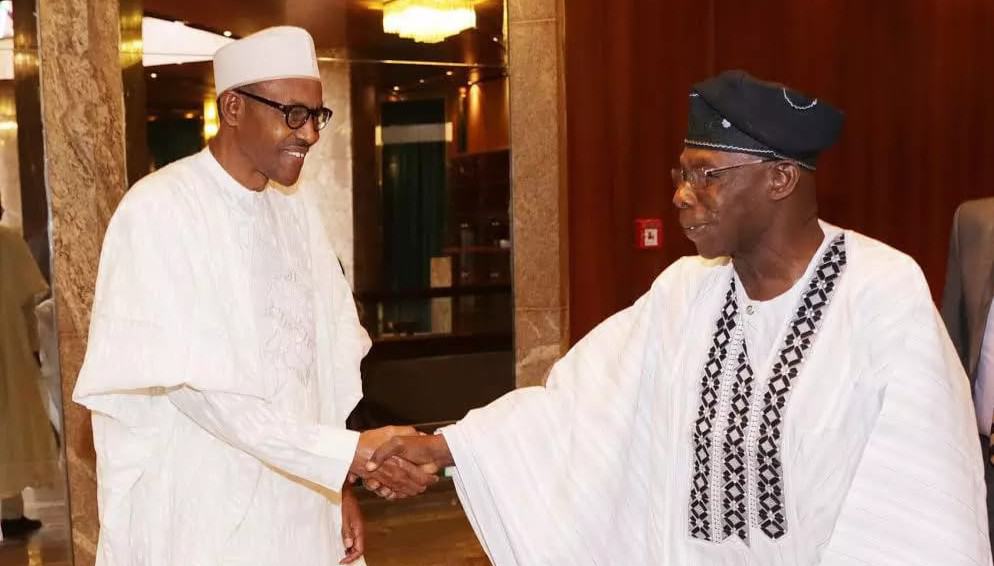 With Nigeria’s forthcoming general election within touching distance, President Muhammadu Buhari seems to be gradually purging perceived opposition standing in the way of his second term bid for the nation’s seat of power.

That was an incensed President Muhammadu Buhari addressing the members of his support group at the Aso Rock Villa, on May 22, 2018. Not many opinion experts saw that hailstorm coming, in fact, President Buhari himself, even though might have been inuring the difficulty for a while, could not have thought beforehand, of discussing the issue with the group.

The dismal tales of the $16 billion power funds are as hilarious as the comedies of Nigeria’s power ‘reforms.’ In January 2018, the House of Representatives, led by Dimeji Bankole, passed a resolution mandating its Power and Steel Committee to probe the alleged disappearance of $16 billion from the power sector investments. The committee, chaired by Godwin Elumelu, was asked to look into how much money had gone into the power sector from 1999 to 2007, under former President Olusegun Obasanjo, without commensurate addition to the national grid. Among its numerous findings, the committee submitted that $16 billion had disappeared into private pockets in the name of fixing Nigeria’s perennial power problem. It also recommended the interrogation of some former and serving public officials by the Economic and Financial Crimes Commission (EFCC), for their roles in what became known as the ‘power scam.’ Among those that were recommended for EFCC probe were former President Obasanjo, two former governors, former Central Bank Governor, as well as a former Accountant General of the Federation. However, it was alleged thereafter that the Elumelu committee was given a bribe of #100 Million to halt their investigation and kill their report, but a hurriedly reconstituted House of Representative’s Ethics Committee immediately cleared the power committee of bribe-taking allegations.

The debates on whether Nigeria is a breeding pen for corruption have long been won by the opposers, whose differing viewpoints have garnered weight with the country’s leadership misadventures and societal abasement. The crusade against corruption has only been ridiculed by the supposed proponents who merely dispense ‘good’ notions for the sake of sinister returns. In December 2015, Sambo Dasuki, a former National Security Adviser to Former President Goodluck Jonathan, was arrested for the diversion of $2.1 billion of security hardware’ funds. The thousands of deaths of innocent Nigerians, and the under-equipped soldiers recorded especially in the North Eastern region of the country, as a result of these corrupt moves have been alarming. The stealing of funds meant for the security of the country against the insurgency and territorial threats is not only despicable but unforgivable. There seems to be a formulaic game pattern in Nigeria’s current presumed corruption wars.

The present government, which rode to power on the corruption-destroyer chariot, has been accused of hunting down the opposition, and shielding party members and admirers from the fury of its errand dogs. In fact, the absence of a single high-profile prosecution and conviction of the so-called looters on the presidential blacklist means that the corruption battle is something less of an insipid drill. The ‘bargain trade’ where the looters return all, some or a few of their loots, or agree to a ‘deal’ of joining the ruling party in its aspiration to exterminate the opposition, puts the Nigeria’s integrity index way beyond administrative salvageability, and sticks out the nation’s political profile for international mockery.

On October 30th,2017, the former Secretary to Government of the Federation, Babachir Lawal, was relieved of his duties for diverting funds meant for the alleviation of the food crisis in the Internally Displaced Person’s (IDP) camps in North Eastern Nigeria. The diverted funds, #400 million, was not recovered, and the looters have neither been arrested nor tried. That awful adventure, in which Nigeria’s leaders often deceptively embark on, in the spurious name of good governance, has maimed the essence of governmental values and polluted the aura of true and legitimate leadership.

The country’s depressing administrative pattern has weakened the pivots of vision and political management. For instance, the lengthy response of former President Obasanjo to the allegation of power funds mismanagement conveyed little stolidity and lacked a proper interpretation of accountability. Often times, the Nigerian leaders seem to be learning the mastery of the mediocre game, channeling blames to whoever and whatever the mind’s eyes face. Four years of blames, a/an (s)election, then another four years of blame. That is the most vivid picture you can get on Nigeria’s leadership story.

The current government’s idea of ‘fighting’ corruption can only be described as front-page propaganda aimed at inciting o phobic political atmosphere, without a deep respect for integrity and honesty. Sadly, those virtues have long been martyred in the bloodied Nigerian political arena. The strong presence of some political characters with dented integrity profile, in President Buhari’s government, renders the anti-corruption war impracticable.

To come to terms with the reality of saving the country from the long-term anarchy of corruption, the leaders must avoid sweet necessities that only placate the itchy eyes without giving adequate attention to the root cause of the disaster. The chronicle of looting in Nigerian politics is as endless as it is ignominious. However, what is more, damaging is how ‘venerable’ and ‘esteemable’ the stealing ‘vocation’ has become. A nice dose of counsel for the corruption fighter would be to get rid of the Nigerian political class, but the pandemic has traveled beyond the households of politics, to even the ordinary society, thereby making victory over it unreachable.