Nigeria: Like Atiku, Tinubu’s Nightmares Under Buhari’s Govt. Drags on 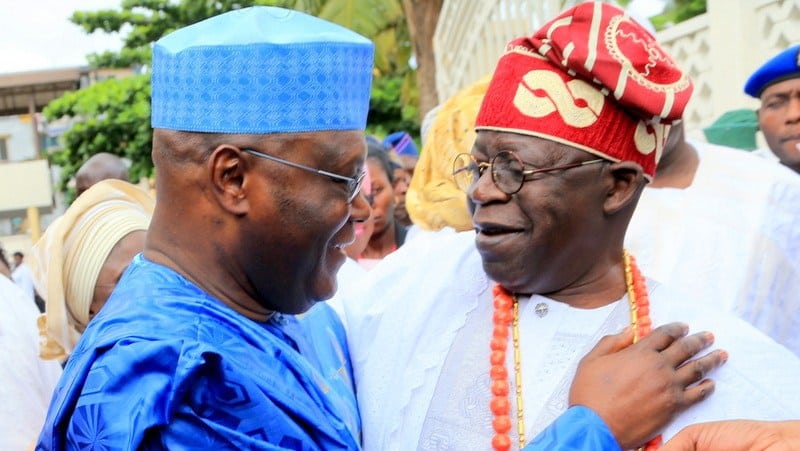 It has been a tumultuous ride for a national leader of the ruling All Progressives Congress, APC, Bola Tinubu under the President Muhammadu Buhari-led administration. And if history is anything to go by, there are strong indications that, like erstwhile vice president Atiku Abubakar, his political relevance may be hanging on by a thread under the present government.

Since Muhammadu Buhari officially took over the baton of power as Nigeria’s President on May 15, 2015, it has been a tightrope walk between loyalty and relevance for some of the country’s topmost politicians who facilitated his victory at the polls.

First, it was erstwhile Vice-President, Atiku Abubakar. Shortly after President Buhari came on board, Atiku, one of the pillars of the president during the last election, had taken a swipe at his (Buhari’s) government, alleging he had been sidelined.

In an interview with the Hausa service of the Voice of America (VOA) in September, 2017, a rankled Atiku had stated that it was unfortunate that Buhari would dump him in such an abrupt manner after using his contacts and resources to help the All Progressives Congress (APC) defeat the Peoples Democratic Party (PDP) in the 2015 presidential election.

“Honestly speaking, I’m still a member of the APC; I was part of all the processes, including campaigns until success was achieved. But sadly, soon after the formation of the government; I was side-lined, I have no any relationship with the government, I’ve not been contacted even once to comment on anything and in turn, I maintained my distance. They used our money and influence to get to where they are, but three years down the lane, this is where we are,” he had been quoted as saying by Daily Trust during the interview.

Only a few months after, the former vice-president dumped the ruling party to rejoin with the opposition party, the PDP.

Now, a leader of All Progressive Congress, Bola Tinubu, has been caught up in a similar web. Tinubu was reportedly said to have regretted his decision of forming a political ally with President Buhari some three years ago.

This is coming against the backdrop of recent moves by some allegedly sponsored heavyweight of APC who are currently planning to oust him from the party.

The former governor of Lagos State played a significant role after teaming up with Buhari some four years ago to dethrone former ruling party, PDP, but since Buhari became the president of Nigeria, cabals in Buhari’s cabinet had ensured that he remained sidelined by president Buhari.

With this, Tinubu was speculated on his move to leave the ruling party. But Buhari restored his relevance and asked him to reconcile aggrieved members of the party nationwide.

However, lately, some of the loyalists of President Muhammadu Buhari have been alleged of plans to render Tinubu powerless ahead of 2019 general election.

A source close to Tinubu who didn’t want name mentioned said the former Lagos state governor is currently perceived as a threat in the party, especially as different speculations linked him with Obasanjo’s coalition and Social Democratic Party.

This made some big weights in APC to unite underground against him (Tinubu) with moves to oust him before Electioneering.

“You know that Tinubu is a political mathematician in Nigeria that you must not underrate. This has made them to be going through a lot of moves to render him impotent politically. As it is, they want to make sure that he loses the grip of Lagos and other states. But whoever that will achieve such feet of taking Lagos from him must be ready for anything. And I don’t see that happen.”

The source also maintained that plans are ongoing in pipelines to clip Tinubu’s wing ahead of the election. According to him, among the methods is an effort by the party’s national authority to neglect Lagos APC congress won by Tunde Balogun (Tinubu’s loyalist) and recognize the parallel congress by Foaud Oki (a rival in the party).

“We are aware that several plans are ongoing to take Asiwaju down. Already they said they would not recognize our congress except that of Oki group. Is that not sabotage?”

Meanwhile, the national leadership of the All Progressives Congress (APC) has canceled the congresses held in Lagos.

While the faction loyal to ex-governor Bola Tinubu elected Tunde Balogun as chairman at the congress held at ACME in Ogba area, another congress was convened the same day by a chieftain, Fouad Oki.

Oki had insisted that the ACME congress lacked legal basis as it was conducted based on wards in 57 council areas instead of 20 approved by INEC.

The National Publicity Secretary of the party, Bolaji Abdullah said that the party had begun work on the reports from the various appeal panels on the conduct of the state congresses.

He disclosed that a meeting to resolve the issues had been held and that the national leadership had overruled the Lagos APC faction loyal to Tinubu which conducted its wards and local government congresses in 57 local council development areas.

“Yes, we set up a panel to look at the issues in the Lagos chapter. Of course, we overruled those who conducted their congresses in 57 councils because the Constitution only recognizes 20 councils.

Owing to this development, it is believed that some powers in the party at the federal level are at work to drown Tinubu politically.

A chieftain of the party who is loyal to Tinubu, Mrs. Ola Willims said the purported moves to drown Tinubu will not succeed.

“That is not a big deal. Asiwaju knows to move his chess. Though he is not happy with the whole thing in the party I can tell you that he will surmount the whole thing”.

Another chieftain of the party from Kogi state who doesn’t want name mentioned said: “Asiwaju is regretting his alliance with Buhari because since the beginning of this government he has never been seen by Buhari as someone who helped him achieve his dream.” Meanwhile, there are speculations that Tinubu may be the next target of Buhari and his political loyalists.

A political analyst, Ogunsehinde Wale told our correspondent that “You have all seen the prediction on Dino Melaye and now Saraki. If Tinubu is not careful, he will be the next target. Already, the police boss is a veritable tool in the hand of Buhari to achieve his aim. Just wait and see what the future holds for Tinubu in the hand of Buhari. He should not trust Buhari at all”.

“He was campaigning, and I was too. We were running three campaigns in my house. And for him to be trashed like that? But I saw somebody who has the love for this country.

Oluremi said her husband was sidelined after the party achieved victory in spite of all that he did to ensure that the party came out top in the election.

The publicity secretary of Lagos chapter APC, Joe Igbokwe, when contacted by our correspondent said Tinubu has nothing to regret in his alliance with Buhari. He said the former Lagos state governor remains an essential fragment of APC that Buhari accord a lot of respect.

“Asiwaju didn’t regret his decision at all. He remains an important fragment of APC that Buhari cannot toy with. Of course, life is about up and down, but he is always steadfast. I tell you that he is fine with the president and the party”.

With the country’s 2019 general elections around the corner, observers are keenly anticipating what the former Lagos State governor has up his sleeves to weather the storms ahead of him.