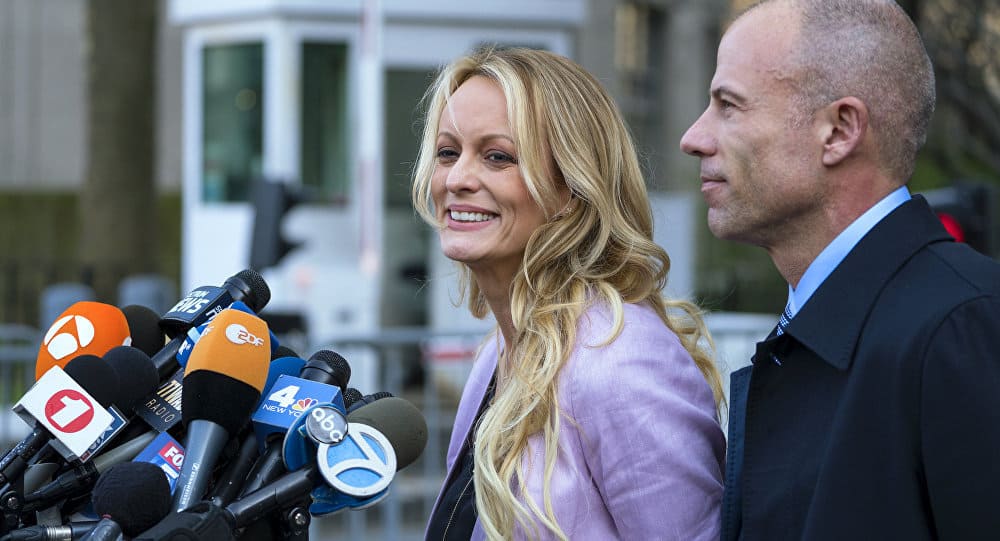 NBC News reported on Wednesday that Stormy Daniels filed a new lawsuit against Michael Cohen and her former attorney Keith Davidson. In the filing Daniels claims the two attorneys “hatched a plan” and “colluded” to get her to appear on Fox News and deny she had an affair with Donald Trump.

According to NBC News the lawsuit says, “Mr. Davidson abdicated his role as an advocate and fiduciary of his client Ms. Clifford and instead elected to be a puppet for Mr. Cohen and Mr. Trump in order to advance their interests at the expense of Ms. Clifford.”

The filing includes text messages that Davidson and Cohen exchanged on January 17, 2018, the same day InTouch magazine published excerpts of Daniel’s account of the alleged affair.

On January 17 Cohen texted Davidson, “Call me”. Two hours later Cohen texted, “I have her tentatively scheduled for Hannity tonight. Call me after your trial.” Davidson replied, “She cannot don’t [sic] today. She is flying to LA tomorrow. I’m trying to get her to commit for tomorrow.”

At 3:25 pm Cohen texted, “Can you call me please,” followed a short time later by, “Anything?” Davidson replied, “Still trying.” “This is no good. We need her as by doing tomorrow you just create another news cycle instead of putting an end to this one, ” Cohen replied.

A few hours later Cohen texted, “Let’s forget tonight. They (Fox News) would rather tomorrow so they can promote the heck out of the show.”

Later in the evening Cohen texted, “Keith, The wise men all believe the story is dying and don’t think it’s smart for her to do any interviews. Let her do her thing but no interviews at all with anyone.”

The lawsuit says that Davidson was “puppet” for Trump and Cohen.

When Davidson learned in February that Daniels hired a new attorney and was going to go public with her story, the complaint says he alerted Cohen to her intentions.

Furthermore the lawsuit states that Davidson contacted Cohen in March to let him know Daniels was preparing a lawsuit to be released from a non-disclosure agreement. Daniels signed the NDA in 2016 after Cohen paid her $130,000 to keep quiet about the alleged affair with Trump.

Wedge said, “Attorney Davidson is very happy that he has filed this lawsuit because he strongly believes that the filing constitutes a full and complete waiver of the attorney-client privilege.”

“Thankfully, the truth can now finally come out to rebut the false narrative about Attorney Davidson that Mr. Avenatti has been pushing in his more than 175 television appearances and countless other media interviews. Attorney Davidson believes that the American people deserve to know the entire truth — and they soon will. This lawsuit has made that happen,” Wedge said.