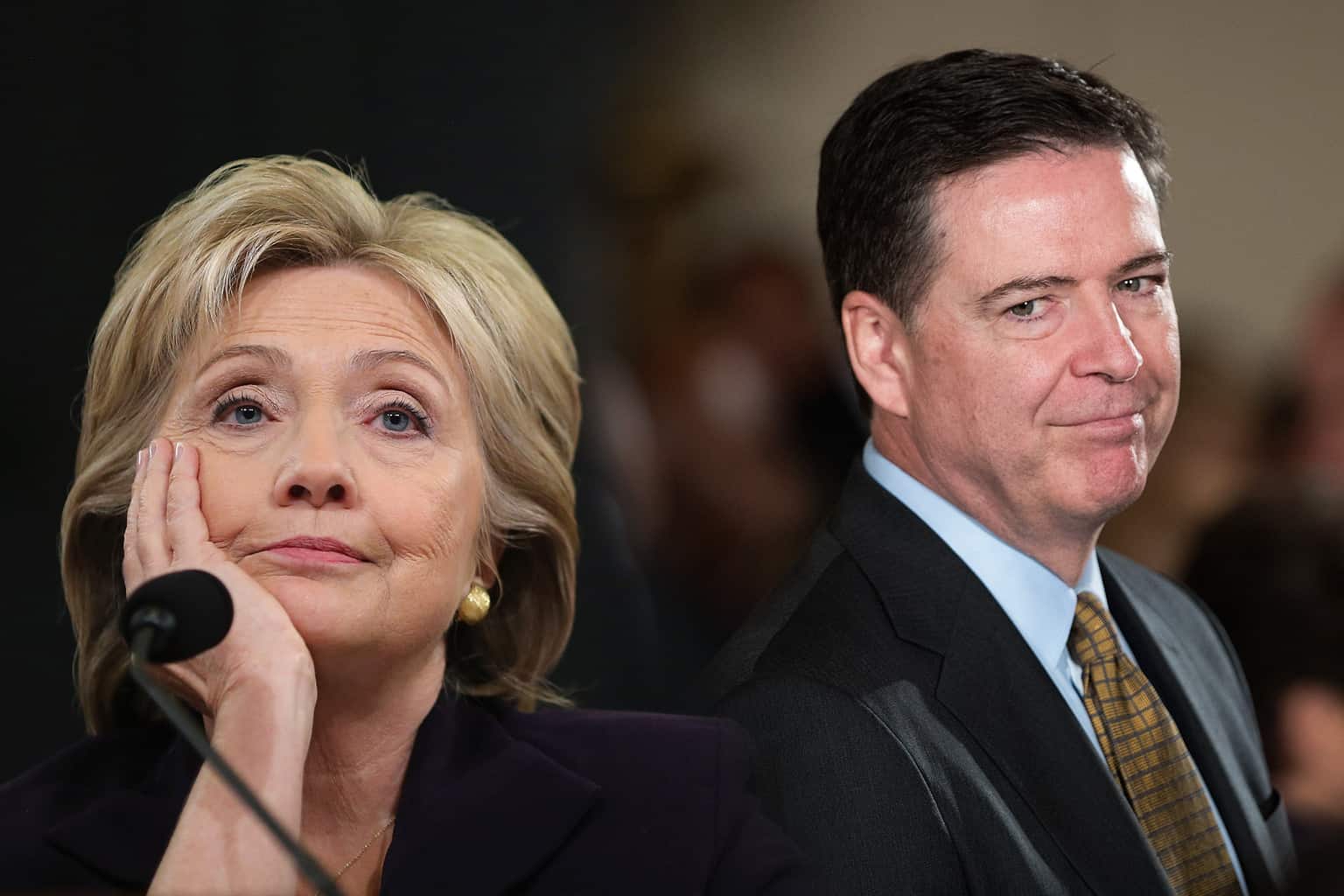 Watchdog for the Justice Department, the Office of the Inspector General (IG) said on Thursday that former FBI Director James Comey was not politically motivated when dealing with the Hillary Clinton email probe but was insubordinate and breached protocol.

President Donald Trump is sure to jump on the damaging text messages, as they may fuel Trump’s narrative that FBI is a corrupt agency of “the Deep State.”

“Wow, Strzok-Page, the incompetent & corrupt FBI lovers, have texts referring to a counter-intelligence operation into the Trump Campaign dating way back to December 2015. SPYGATE is in full force! Is the Mainstream Media interested yet? Big stuff!” Trump tweeted in June.

Representative Jim Jordan said, “Peter Strzok should no longer be an employee at the FBI,” according to NBCNews.

Strzok was removed from the Muller investigation in December 2017 after an internal investigation discovered text messages on his government-issued cell phone showing bias toward Hillary Clinton.

CNN reported that, “The inspector general released a sweeping report Thursday detailing a series of failures by the top federal officials in charge of the investigation ahead of the election, concluding that the FBI’s actions ultimately “cast a cloud” over the bureau and senior leaders did lasting damage to the FBI’s reputation.”

Inspector General Michael Horowitz said he did not agree with Comey’s decision “not to coordinate with his superiors at critical moments,” according to CNN.

Comey’s reasons for disregarding “well-established policies” did not seem credible to Horowitz but the outcome of the case was “consistent” with established norms and unaffected by political bias.

White House Press Secretary Sarah Huckabee Sanders said at a Thursday press briefing Trump’s suspicions have been confirmed. “And it reaffirmed the president’s suspicions about Comey’s conduct and the political bias among some of the members of the FBI.”

In response to the report, Comey thanked the IG for his efforts and said he disagrees with some conclusions. In a tweet, Comey wrote, “I respect the DOJ IG office, which is why I urged them to do this review. The conclusions are reasonable, even though I disagree with some. People of good faith can see an unprecedented situation differently. I pray no Director faces it again. Thanks to IG’s people for hard work.”

“While the Inspector General didn’t find any evidence of political bias or improper consideration impacting the investigation under review, all of us at the FBI take this report seriously, and we accept its findings and recommendations. We’ve already taken steps to address many of the concerns it raises,” Wray said.

Wray acknowledged that the FBI made mistakes and a “narrow set of employees are connected” to inappropriate behavior during the 2016 election.”

Wray said,“Nothing in the IG’s report impugns the integrity of our workforce as a whole or the FBI as an institution. Wray insisted the agency is “laser focused” on its mission.

Wray said, “see people of compassion and kindness; people who hold themselves accountable and treat others with respect; people who understand the importance of following the rule of law and adhering to the Constitution.”