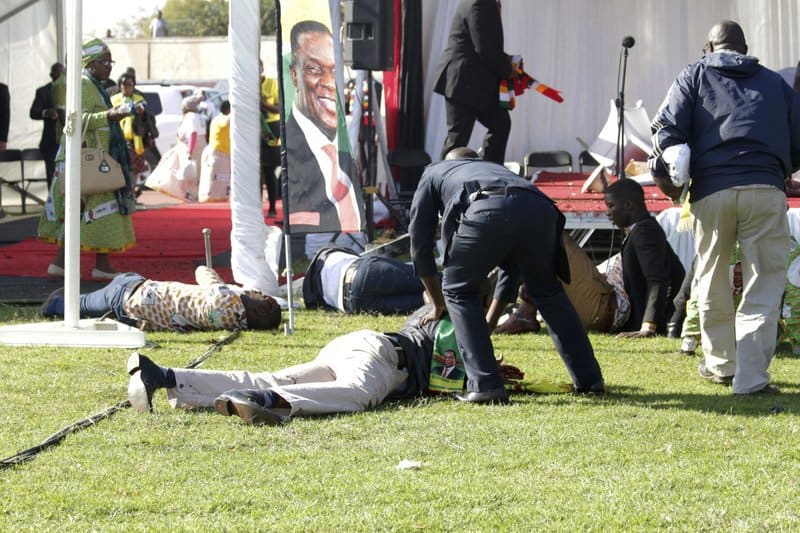 Injured people are attended after the explosion in Bulawayo

Rocked in a stadium explosion at a political rally, Zimbabwe President Emmerson Mnangagwa escaped unhurt on Saturday, as Presidential elections are set to be held next month.

The blast occurred at the White City Stadium in the city of Bulawayo leaving Vice Presidents Constantino Chiwenga and Kembo Mohadi and other ministers with minor injuries.

“There has been an incident at Bulawayo where the president was addressing a rally,” George Charamba, a government spokesman, told Reuters. “This is now a police issue, but the president is safe at Bulawayo State House.

Early police reports said 49 people were injured at the rally. The number is expected to rise as authorities continue to search for a motive for the blast.

The state-owned Herald newspaper reported several injuries to security personnel. It was not clear who was responsible for the explosion, or how the security around the president was breached.

Zimbabwe state television footage aired the explosion near Mr. Mnangagwa as he waved to supporters. He was later seen, in pictures on social media, visiting Vice President Chiwenga’s wife in the hospital.

The rally, Mr. Mnangagwa’s first, was speaking in Bulawayo — an opposition stronghold where the governing ZANU-PF has not won in national elections since 2000.

Mr. Mnangagwa and Nelson Chamisa — the leader of the opposition Movement for Democratic Change — are the leading contenders for the presidency. Zimbabwe holds its election on July 30.

Next month’s election is the first since Zimbabwe former leader Robert Mugabe was ousted.

This years campaign for votes has remained relatively peaceful by comparison to previous elections which were marred by violence, mostly against opposition members by ZANU-PF supporters.

Disagreements have erupted over the last several days at the White House as top government officials battle over how to carry out President Trump’s executive order on keeping immigrant families together at the Mexican border.

Many questions remain unresolved as customs and border protection agents still detain children and parent in jail indefinitely without trial.

Mr. Trump and his administration struggle to overturn the political crisis brought by the harrowing images and recordings of crying migrant children separated from their parents and sent to shelters. 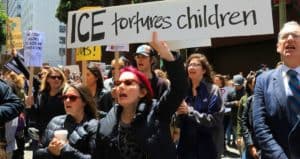 The president was defiant on Friday on Twitter blaming the Democrats,

We must maintain a Strong Southern Border. We cannot allow our Country to be overrun by illegal immigrants as the Democrats tell their phony stories of sadness and grief, hoping it will help them in the elections. Obama and others had the same pictures, and did nothing about it!

Days before Mr. Trump signed Wednesday’s order he told advisors that separating families at the border was the best deterrent to illegal immigration and he said: “my people love it.”

During a 90 minute meeting held in the White House situation room on Thursday night, Customs and Border Protection officials vehemently argued that agents who are apprehending migrant families at the border can refer all of the adults for prosecution because the Justice Department and other law enforcement agencies do not have the resources to process individual cases.

The border officials noted particular concern about the number of judges and prosecutors needed to handle the proceedings as well as the lack of space available to detain families while the cases are waiting for trial.

Attorney General Jeff Sessions sent 35 prosecutors to the southwestern border to help aid the surge in cases created by the zero-tolerance policy last month. The Defense Department deployed an additional 21 lawyers to manage the immigration prosecutions.

According to the Transactional Records Access Clearinghouse, or TRAC, at Syracuse University,

Federal immigration courts faced a backlog of more than 700,000 cases in May.

The average wait for an immigration hearing in some courts was over 1,400 days – some are being scheduled beyond 2021 before an available slot on the docket is found.

The world’s last remaining prohibition on women driving was lifted over the weekend, a historic moment in Saudi Arabia.

The ban remanded women to the back seat, restricting their ability to socialize and drive.

Outspoken men and women for nearly thirty years spoke out for women to have the right to drive,  a symbol of change needed in the deeply conservative kingdom. 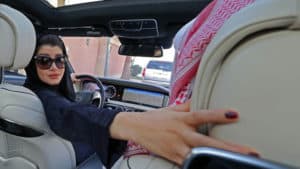 A Saudi woman practices driving in Riyadh, on April 29, 2018, ahead of the lifting of a ban on women driving in Saudi Arabia. image credit / AFP PHOTO / Yousef DOUBISI

Saudi Arabia did not have an explicit law against women driving, but licenses were not issued to women and police enforces government issued band on female drivers. The driving ban has been a stain on the countries reputation and hindered women’s ability to contribute to the economy.

During the first driving campaign in the 1990’s, women who drove in Riyadh lost their jobs and were banned from traveling abroad.

In Saudi Arabia, ultraconservatives cautioned that allowing women to drive would lead to sinful behavior and exposure to harassment.

Prior to the lift of the driving ban, a law against sexual harassment with up to five years in prison for the most severe cases, was passed.

The large majority of women in Saudi Arabia still don’t have licenses, and many have yet to take the gender-segregated driving courses that were offered to women just three months ago.

Kim, who helped engineer a military coup, found the country’s intelligence agency and facilitated the ascension of two presidents died Saturday in Seoul.

After having difficulty breathing, Kim was taken to Soon Chun Hyang University Hospital in Seoul early Saturday and was pronounced dead on arrival. A cause of death has not been determined. 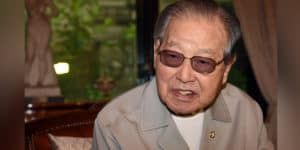 Universally known as one of the last “Three Kims,” Mr. Kim and two former presidents, Kim Young-sam, who died in 2015; and Kim Dae-Jung, who died in 2009 — dominated national politics for decades, most notably during the country’s transformation from military dictatorship to glowing democracy.

Mr. Kim achieved a record nine-time election to Parliament, helped manufacture and lead four political parties and held the second-highest position in the government as Prime Minister from 1971 to 1975. In 1998, twenty-three years later, he became the first person to hold the job twice.

The fifth of seven children, Kim Jong-Pil, was born in 1926 in the central region of Chungcheong.

In an interview with Russian television channel NTV on Sunday, President Bashar al-Assad said the Syrian army would seek to regain control of the country’s north by force if rebels refuse to surrender. 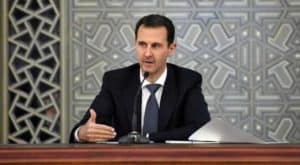 After Damascus rejected the presence of Turkish and U.S. forces around the northern town of Manbij, Assad said he would not accept Western funds to rebuild his country. The comments occurred two days after soldiers of the two nations began patrolling the area, according to Reuters.

“We have chosen two paths: the first and most important one is reconciliation… The second path is to attack terrorists if they don’t surrender and refuse to make peace,” Assad said in the interview.

“We will fight with them (rebels) and return control by force. It is certainly not the best option for us, but it’s the only way to get control of the country,” said Assad, responding to a question about the northern part of Syria where rebel groups backed by Turkey clasp territory.

“We have enough strength to rebuild the country. If we don’t have money – we will borrow from our friends, from Syrians living abroad,” Assad said.