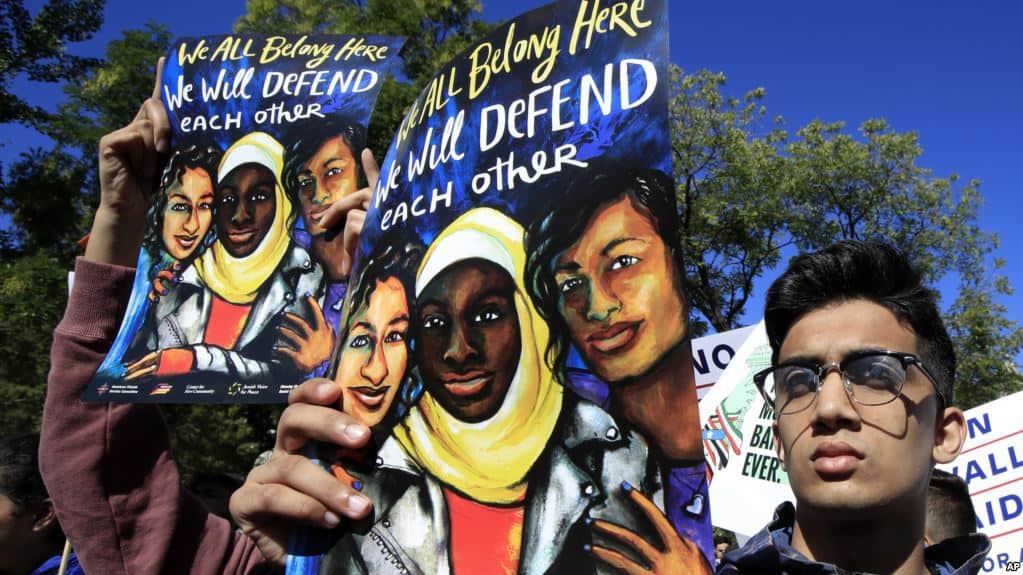 IN a 5-4 ruling along partisan lines the Supreme Court of the United States upheld President Donald Trump’s third version of the travel ban.

“The Proclamation is squarely within the scope of Presidential authority,” Roberts wrote. “We express no view on the soundness of policy.”

Earlier versions of the ban were nullified or curtailed by a series of lower court rulings. SCOTUS ended over a year of legal wrangling on Tuesday.

Opponents of the travel ban viewed the executive order, and it’s subsequent revisions as a discriminatory Muslim ban.

Candidate Trump called for a “total and complete” freeze on Muslims entering the United States during the 2016 Presidential campaign.

Justice Sonia Sotomayor wrote in her dissent that the majority arrived at their decision by, “ignoring the facts, misconstruing our legal precedent, and turning a blind eye to the pain and suffering the Proclamation inflicts upon countless families and individuals, many of whom are United States citizens.”

“A reasonable observer would conclude that the Proclamation was motivated by anti-Muslim animus,” wrote Sotomayor.

Roberts argued that the travel ban does not mention religion, acknowledged majority Muslim nations included in the ban and dismissed allegations of religious discrimination.

“The text says nothing about religion,” Roberts wrote. “Plaintiffs and the dissent nonetheless emphasize that five of the seven nations currently included in the (ban) have Muslim-majority populations. Yet that fact alone does not support an inference of religious hostility, given that the policy covers just 8 percent of the world’s Muslim population and is limited to countries that were previously designated by Congress or prior administrations as posing national security risks.”

The current version of the ban limits access to travel visas for citizens from Yemen, Libya, Iran, and Syria. The revision lifts travel restrictions on visitors from Sudan while it adds limitations to travelers from Venezuela and North Korea.

Chad was removed from banned nation’s list in April. The Trump Administration said it met current security requirements. Iraq, also included in the original ban, has been removed.

In a tweet, the ACLU wrote, “BREAKING: SCOTUS has upheld Trump’s Muslim ban. This is not the first time the Court has been wrong or has allowed official racism and xenophobia to continue rather than standing up to it. History has its eyes on us — and will judge today’s decision harshly. #NoMuslimBanEver”

Former Deputy Solicitor General Neal Katyal, the attorney who crafted arguments against the travel ban called on Congress to reverse the decision.

“Now that the Court has upheld it, it is up to Congress to do its job and reverse President Trump’s unilateral and unwise travel ban,” Katyal said.

“The final chapter has not yet been written, and the President would be mistaken to interpret today’s decision as a green light to continue his unwise and un-American policies,” Katyal said. “The travel ban is atrocious policy and makes us less safe and undermines our American ideals.”