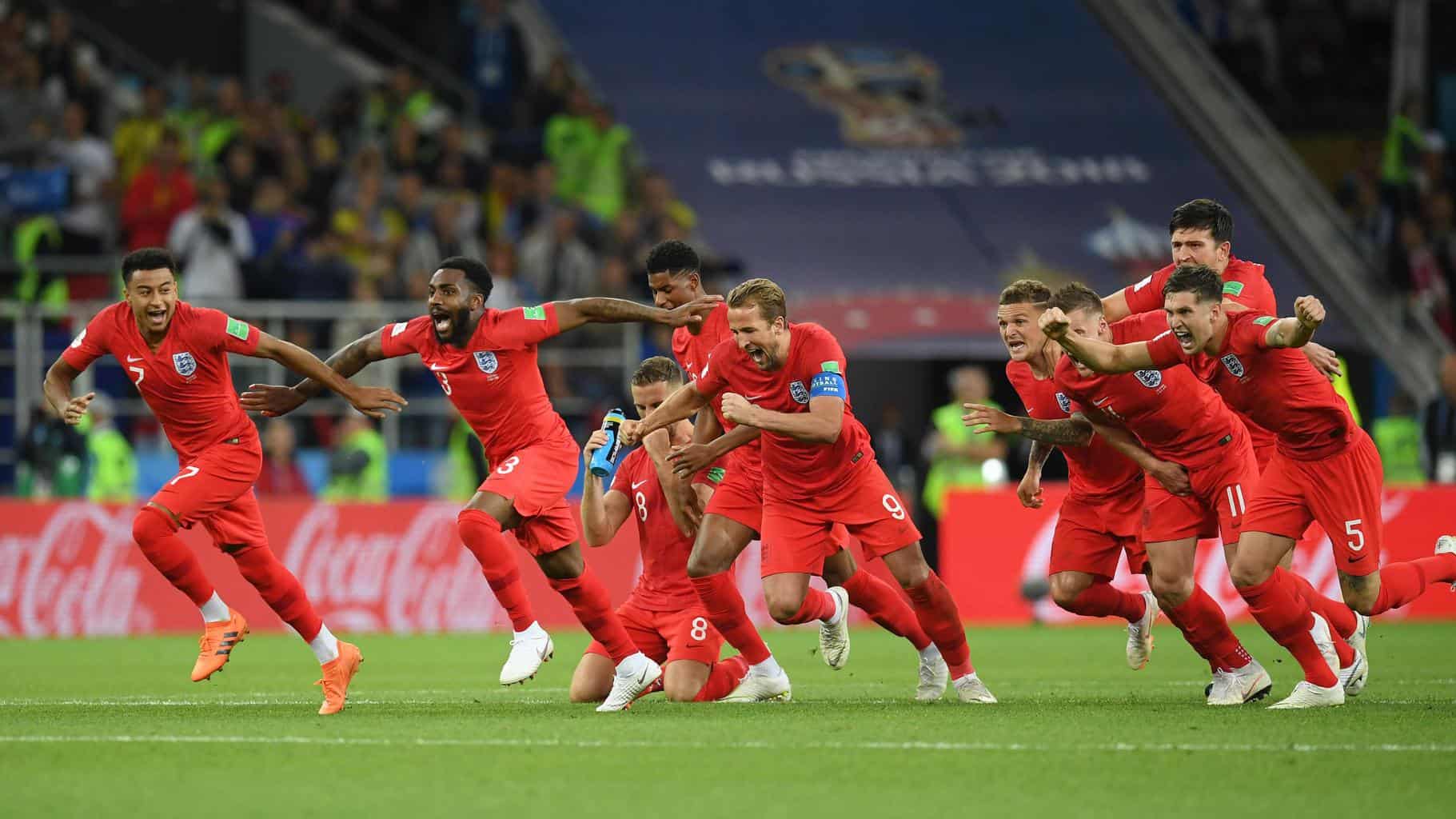 The Three Lions celebrating their shoot-out win against Colombia

England blasts in high spirits of celebrations these last few days after the national team’s glorious win in the round of 16 against Columbia. The country spent the night dancing and chanting “It’s coming home” and the Three Lions anthem in the streets of London and all over the United Kingdom. The fans stating they finally broke the curse with England’s first ever penalty shootout win in the World Cup.

Gareth Southgate, manager of the England national team, finally gets a breath of fresh air after the long, 22-year wait and losing the penalty shot against Germany in Euro 96 sending England home.
He states in an interview with the Guardian that this is something that will never be off his back and will live with him forever but continues to praise his team by saying “It’ll hopefully give belief to the generations of players that will follow. We always have to believe in what is possible in life and not be hindered by history or expectations. I think these young players are showing that. They’re enjoying the tournament, and we’re looking forward now to the quarter-finals.”

Because the English team is relatively new and young, and with the stadium mostly packed with Columbia fans, the win came as a pleasant surprise to the England fans. After an exciting match of 120 minutes, Jordan Pickford averts Carlos Bacca’s attempt at a goal in the penalties, marking a great victory for Pickford and England.

The match was intense with many rumors circling around it, with Colombia’s coach, José Pekerman saying that England had as many offenses as his own team. Southgate admits there were many fouls but denied them being as many as the opponent’s team. He admired his team’s discipline and strategy against what he called Columbia’s provocation during the match.

England returned to Repino, their training base in Russia today to start preparing for the Sweden match. Their coach confirming the team is training hard and working on tough drills. Southgate affirms his respect for the Sweden team and says he doesn’t underestimate them.

We’re kicking off the quarter-finals on Friday with the Uruguay/ France match at 2 PM GMT, and the Brazil/ Belgium match later that day at 6 PM GMT. Then on Saturday, marking the end of the quarter-final, with England/ Sweden at 2 PM GMT and Croatia/ Russia afterward as the last match of the stage.
We’ll wait and see who will take the four final spots in the semi-finals and continue to battle their way for the World Cup title.