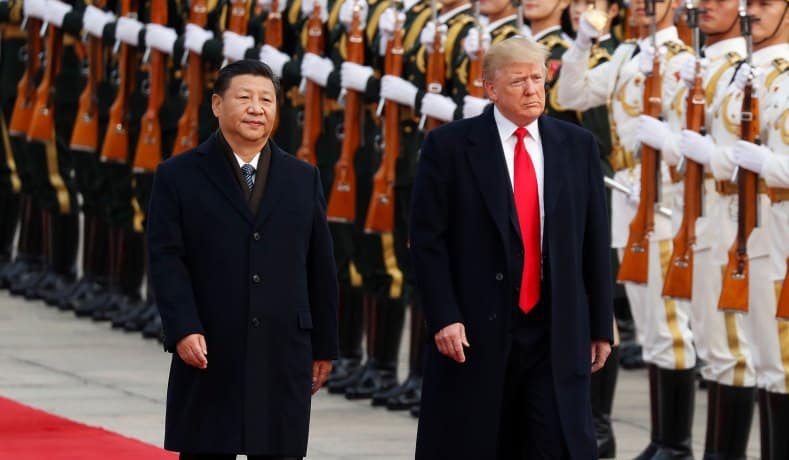 According to the Washington Post, White House officials believe they are “turning up the pressure” on  China to “stop swiping American intellectual property and to ditch policies that push U.S. companies into divulging their trade secrets in order to enter the Chinese market.”

The Post reported on Wednesday that China is using the new US tariff announcement as an opportunity to “paint itself a defender of free trade, urging the international community to ‘work together’ to protect global commerce flow that brought wealth to nations worldwide.”

China’s Xinhua News Agency reported on Wednesday, “The latest proposed tariffs from the Trump administration underlines its trade bullying and adds fuel to the retaliation spiral in the largest trade war in global economic archives.”

According to Xinhua China will “file new complaints at the World Trade Organization.”

Trump’s $200 billion round of tariffs won’t be imposed until a two month period of public comment is completed.

Vox reported on Wednesday that Trump believes a trade war with China is “easy to win” because the US has a massive trade deficit with China. The US imports $524 billion of Chinese goods and exports $188 billion.

In a tit-for-tat trade war, China can only match $188 billion in taxes at the border. Trump expects China will cave when they are no longer able to tax US imports in kind.

A report in Yahoo Finance suggests the trouble with “Trump’s logic is his flawed concept of leverage.”

China could increase current tariffs on US imports. According to Yahoo, a 20 percent tariff could go from 40 percent to 400 percent.

China also has the second largest economy and is an important market for US companies. The Chinese could “begin to harass the hundreds of US companies already doing business in China, to the extent they are effectively shut down” in the country, according to Yahoo.

“We cannot turn a blind eye to China’s mercantilist trade practices, but this action falls short of a strategy that will give the administration negotiating leverage with China while maintaining the long-term health and prosperity of the American economy,” Hatch said in a statement.

The US Senate on Wednesday passed a nonbinding resolution that could provide Congress more control of trade penalties imposed in the name of national security. The resolution unanimously passed by an 88-11 vote.