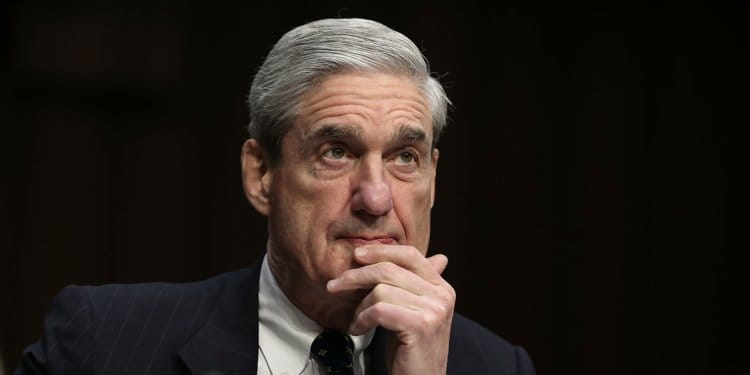 The defendants, all members of a Russian intelligence agency, the GRU, were acting in “their official capacities,” according to Rosenstein.

In a press release the US Department of Justice said the intelligence agents, named in the indictment, are accused of a “sustained effort to hack into the computer networks” of the Democratic National Committee, the Democratic Congressional Campaign Committee and “the presidential campaign of Hillary Clinton and release of that information on the internet under the names DCLeaks and Guccifer 2.0 and through another entity.”

According to Rosenstein, the defendants worked in two units of the GRU that “engaged in active cyber operations to interfere in the 2016 presidential elections.” One group used spearphishing schemes to hack into computer networks.

Rosenstein said the group “installed malicious software that allowed them to spy on users and capture keystrokes, take screenshots and exfiltrate or remove data from those computers.”

The GRU created and managed a second group that created D.C. Leaks and Guccifer 2.0, which disseminated and posted thousands of emails from officials of the Democratic party.

Rosenstein said that US citizens were not named in the indictment and the alleged hacking did not affect the outcome of the 2016 presidential election.

Rosenstein said the indictments were not partisan in nature and called on all Americans to “avoid thinking politically.”

“When we confront foreign interference in American elections, it’s important for us to avoid thinking politically as Republicans or Democrats and instead to think patriotically as Americans. Our response must not depend on which side was victimized,” said Rosenstein.

NBC News reported on Friday that the indictment says defendants “spearphished individuals affiliated with the Clinton campaign throughout the summer of 2016,” and then continues, “on or about July 27, 2016, the conspirators attempted after hours to spearphish, for the first time email accounts at a domain hosted by a third-party provider and used by Clinton’s personal office. At or around the same time, they also targeted seventy-six email addresses at the domain for the Clinton campaign.”

NBC News further reported that on the same day, while those efforts were ongoing, President Donald Trump “expressed the hope that Russia would find Clinton’s missing emails.

At a Miami press conference, Trump said, “I will tell you this — Russia if you’re listening, I hope you’re able to find the 30,000 emails that are missing. I think you will probably be rewarded mightily by our press.”

President Trump responded to the indictments on Saturday by suggesting the incidents took place during President Barak Obama’s watch.

Trump tweeted, “The stories you heard about the 12 Russians yesterday took place during the Obama Administration, not the Trump Administration. Why didn’t they do something about it, especially when it was reported that President Obama was informed by the FBI in September, before the Election?”