Facing Backlash, Trump Says He Misspoke, Then Contradict Himself 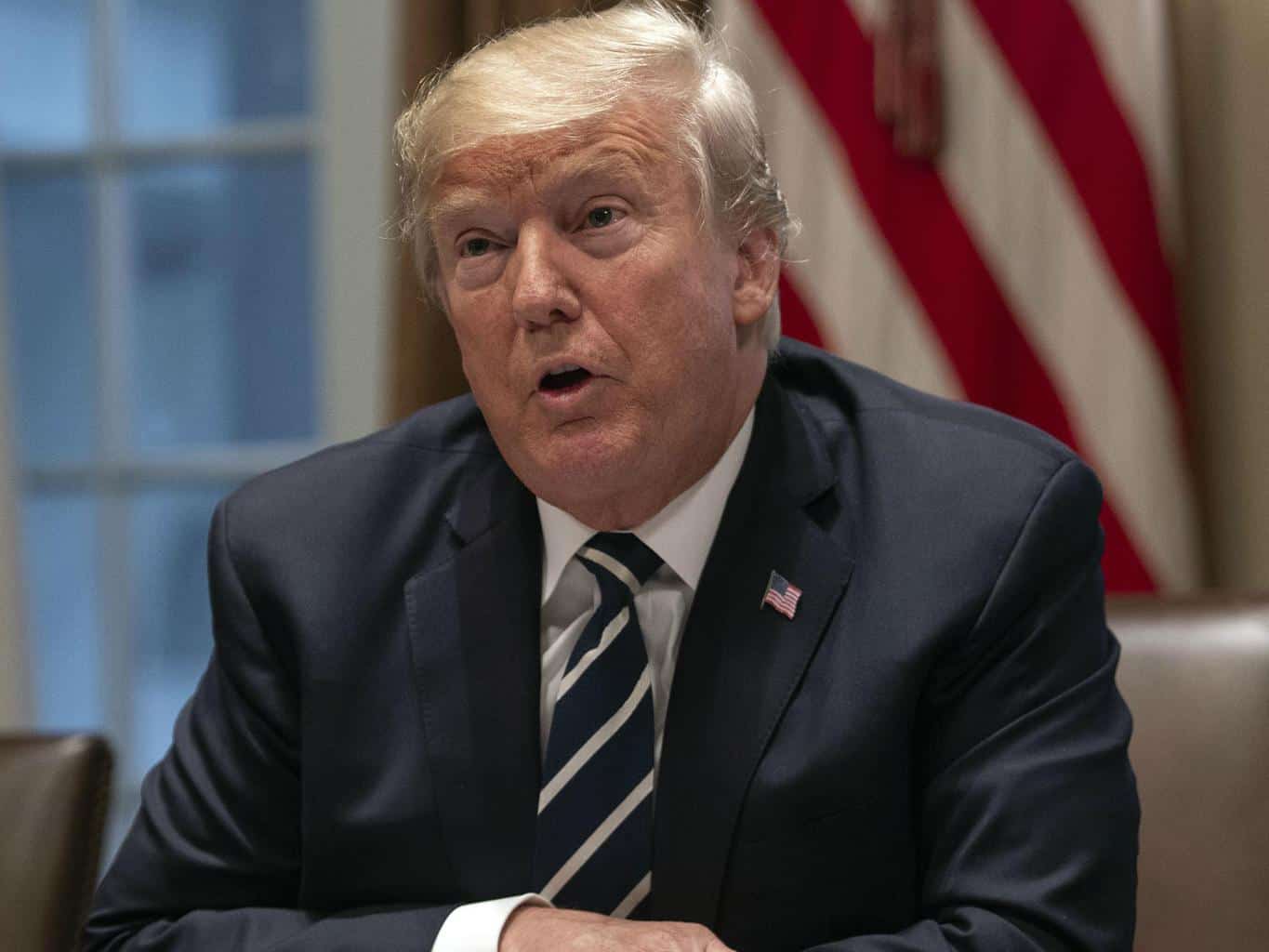 Facing backlash at home and abroad President Donald Trump on Tuesday said he misspoke during a recent press conference with Vladimir Putin.

Reading from a written statement, Trump told reporters at a meeting with members of Congress that he “realized there is some need for clarification.”

Trump said he thought he made himself “very clear by having just reviewed the transcript” and initially didn’t understand the uproar. “I came back (to the US) and said what is going on, what’s the big deal?”

The President “got a transcript and reviewed it.” He said that he reviewed a clip of an “answer that” he gave.

Trump determined “a need for some clarification.”

Trump said it should have been obvious that “in a key sentence” he should have used the “word would instead of wouldn’t.”

“The sentence should have been, I don’t see any reason why I wouldn’t…why it wouldn’t be Russia,” Trump said.

“We have 29 members in NATO as an example, and I have great relationships or at least good relationships with everybody,” Trump said. “The press covered it quite inaccurately. They said that I insulted people. Well if asking for people to pay up money that they are supposed to pay is insulting, Maybe I did.”

In an effort to assuage concerns of supporters in Congress Trump praised US intelligence professionals and said he has full faith in “America’s great intelligence agencies.” The President then parsed his support by casting a shadow of doubt upon conclusions that only Russian interfered in the election.

“I accept our intelligence communities’ conclusion that Russia’s meddling in the 2016 election took place.” Trump continued, “It could have been other people also. There’s a lot of people out there.”

Trump repeated his assertion that his campaign did not collude with Russia. “There was no collusion at all. And people have seen that. They have seen that strongly, ” Trump said.

The President followed up, taking a swipe at previous chief executives all the while promising to defend the integrity of the upcoming midterm elections.

Trump said, “unlike previous administrations my administration has and will continue to move aggressively to repeal any efforts and repel….we will stop it, we will repel it..any efforts to interfere in our elections.”

Trump followed up by attacking the Obama administration.

“President Obama along with Brennen and Clapper and the whole group that you see on television now probably getting paid a lot of money by your networks, they knew about Russia’s attempt to interfere in the election in September, and they totally buried it,” Trump said.

Trump promised he would take “strong action to secure our election system and the process.

facing bipartisan backlash, Trump says he misspoke, then contradict himself.