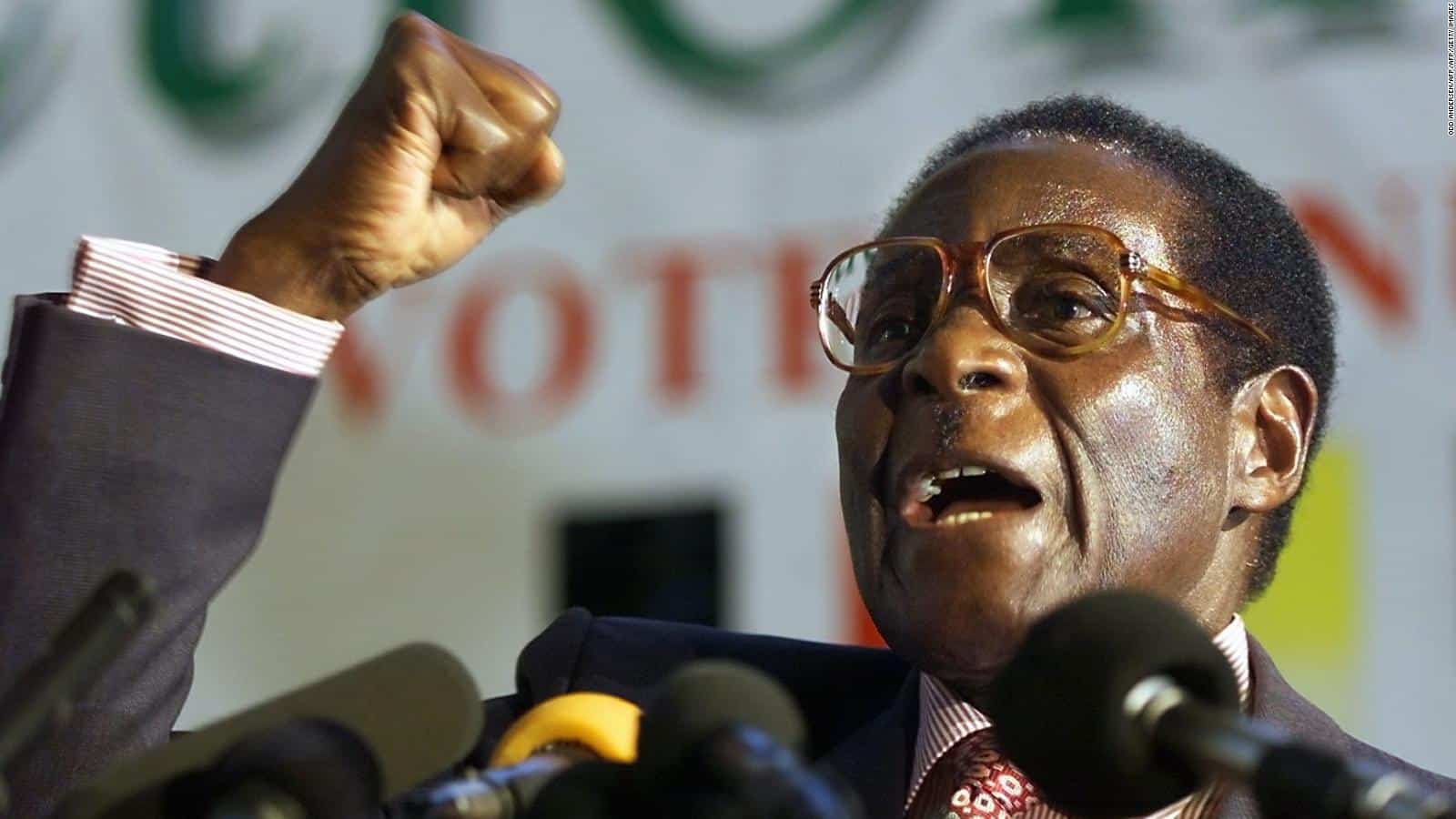 With few days to the July 30 general elections in Zimbabwe, there is growing optimism in the oppositions’ camp that Zimbabwe African National Union-Patriotic Front’s (Zanu-PF) political dynasty in the country is coming to an end, should the polls follow due process.

On July 30, Zimbabwe will elect a new President. Ahead of the election, many see as a watershed in the country’s political history after the exit of Robert Mugabe, 94; one major issue on the lips of pundits is the chances of Zanu-PF dominating subsequent elections in the country in the post-Mugabe era.

During Mugabe’s tumultuous reign in Zimbabwe, Zanu-PF swept major elections in the country. Mugabe co-founded ZANU-PF in 1987 under which he ruled the country for almost four decades, before his forceful resignation from power last year November. The ruling party had always found its way to the country’s topmost political seat, though notwithstanding claims of electoral irregularities by observers.

In 2013, when the country last went to the polls, the Zanu PF won the presidential election with 61 percent of the vote against 34 percent for MDC-T.

It also swept parliamentary elections, racking up 76 percent of the vote and 159 of the 210 elective seats in the National Assembly, more than a two-thirds majority. MDC-T, the main opposition party, only got 50 seats, and about 24 percent of the vote.

However, the possibility of a drift in the country’s political power baton from ZANU-PF to other political parties is getting thicker as the election-day closes in.

Opposition parties are leaving no stone unturned to oust Zanu-PF-led Emmerson Mnangagwa, 75, from power, and this remains a strong talking point for analysts.

23 presidential candidates are gunning for the highest political office in the country at the coming polls, which is an unprecedented record since the nation gained independence on April 18, 1980.

Prominent names among the candidates include the incumbent President Mnangagwa and Nelson Chamisa, 40, of the Movement for Democratic Change (MDC) Alliance, a coalition of seven opposition political parties.

Also on the list are former deputy Prime Minister, Dr. Thokozani Khupe, and a former Vice President, Dr. Joyce Mujuru. They are among four women contesting the presidency.

The rising oppositions, analysts, observe is an offshoot of a growing effort to topple ZANU-PF from power.

Fear of circumventing the process

One primary concern ahead of the forthcoming election is the fear of Zimbabwe Electoral Commission (ZEC) tipping the polls in favor of ZANU-PF.

Issues over voters roll, ballot papers and ZEC’s alleged questionable impartial stance has continued to generate specks of dust in the opposition’s camp.

A widely circulated picture of ZEC’s Chairperson Priscilla Chigumba clad in ZANU-PF scarf heavily associated with President Mnangagwa, in June further heightened concerns of the electoral body’s sincerity over its claim of non-partisanship at the coming elections.

Law pundits contend that the development contradicts section 11(3)(c) of the Electoral Law – which prohibits a commissioner from “knowingly wear[ing] any badge or article of clothing that is or is reasonably likely to be associated with a political party or candidate contesting an election.”

Amidst allegations of impending electoral malpractice at the coming polls, regional and international electoral bodies are wading to restore weekend waning trust of opposition parties in ZEC’s ability to organize an election following constitutional provisions.

No fewer than representatives across 46  countries and 15 regional and international organizations have accepted the invitation to observe the elections, including those from the Southern African Development Community (SADC) and the African Union as well as the Commonwealth, European Union, United States, Britain, and the United Nations.

Some regional organizations such as SADC and the Common Market for Eastern and Southern Africa (COMESA) began dispatching their missions in May and June to assess the state of preparedness for elections.

Erstwhile United Nations Secretary-General Kofi Annan who is spearheading a high –profile team of observers known as the Elders to the country’s general elections also had last weekend assured opposition parties of a free and fair election during a visit to the country to meet with parties contesting the polls.

This measures, however, seemed not enough to douse the fear of the ruling party rigging the election with the support of the country’s electoral body, going by what transpired in previous elections in the country.

Annan had while addressing reporters during a press briefing in Harare at the end of marathon meetings with political leaders ahead of the country’s July 30 ballot, appeared to have come hard on opposition parties in the country, urging them to ensure their demands are reasonable.

“There are demands, and there will be demands. What is important is that we all play by the rules and make reasonable demands,” Annan was quoted as saying by the country’s media sources.

“If we make demands that cannot be fulfilled we are complicating the process.

“We should be careful what we say because the idea is not to invite. You never know what will happen. If there are many problems, those aggrieved should use existing legal means to have them resolved,” he had added.

The former UN Secretary-General’s remarks were said to have been aimed at Chimasa who had been leading several allegations against ZANU-PF’s Mnangagwa and ZEC. The MDC-Alliance led by Chamisa has on different occasions faulted ZEC on issues bordering over the design of the ballot paper, it’s printing, and storage.

Like ZEC, Mnangagwa had lampooned Chamisa over allegations that he was conniving with the electoral body to win the election, daring him to go to court and register his plights.

“ZEC is an independent electoral commission. The government has no roll in controlling or influencing ZEC at all. They are guided by the Constitution and Electoral Act of the country.

“Those who feel that ZEC has not complied with the law or constitution, our courts are open to deal with such issues.” had said while addressing the press following what he called an “excellent” meeting with Annan and his team in Harare, the country’s capital, last Friday.

On what transpired during the meeting, the President explained, “They wanted to brief on the current situation in the country. As a result of opening up the democratic space in Zimbabwe, we have 133 political parties in the country out of which 55 are contesting elections, and out of the 23 are contesting the presidency.

“We are happy that up to now, our people, political parties included, have heeded our call for nonviolence. Yes, there was an incident in Bulawayo, but that was intended to assassinate me, not the democracy.”

Days before the historic elections, the ZANU-PF-led Mnangagwa is trying to sway electorates to his camp with various promises to revamp the country’s nose-diving economy and ensure political stability. This also includes courting white voters in the country who are predominantly farmers with his administration’s commitment to redress the harsh “land reform” policy initiated by Mugabe’s regime. Addressing the whites’ during a campaign rally at Borrowdale on Saturday, the ZANU-PF flag-bearer at the coming polls faulted the policy which seized farmland from white owners and gave it to blacks, noting that most of the confiscated farms were misused by politicians they were given to.

“I know of some chiefs who moved from one farm to another,” the President snapped while addressing a listening crowd. “Then they run it down. Then he leaves that farm, and he has issued another one. He runs it down. That time is gone,” he added.

Analysts have, however, doubted the Mnangagwa’s promise of returning the land saying such was a mere political gimmick to garner the support of white farmers who have hitherto been anti-Zanu-PF in elections as result of the controversial land reform.

With oppositions heating up pressure on the ruling Zanu-PF, whether the party can still maintain its dominance on Zimbabwe elections- without Mugabe, arguably one of its strongest pillars – will be revealed at the coming general elections.