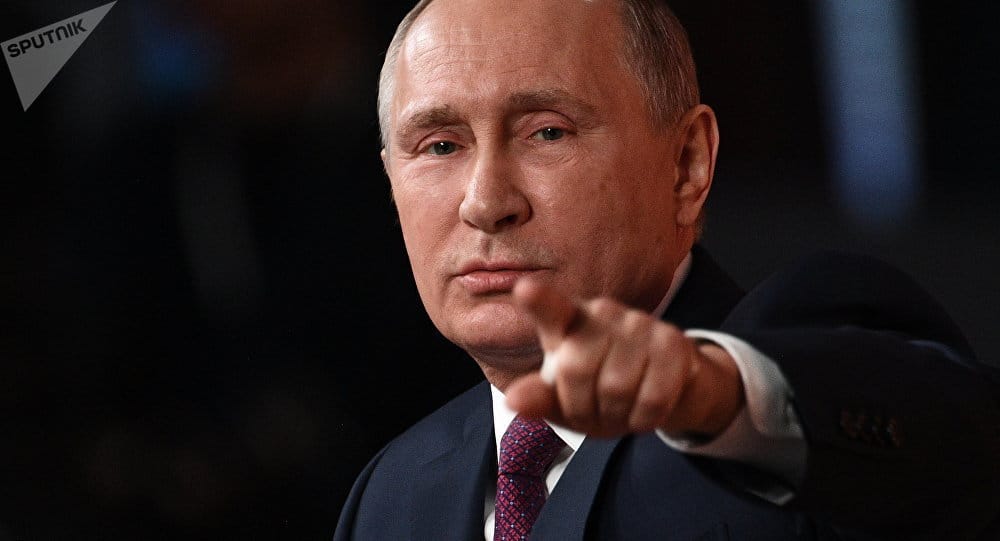 President Donald Trump, after a week of denying, confirming and then denying Russia’s interference in the 2016 presidential election expressed concern on Tuesday that the Kremlin would meddle in the 2018 midterm elections. Trump said Russian interference will benefit Democrats.

I’m very concerned that Russia will be fighting very hard to have an impact on the upcoming Election. Based on the fact that no President has been tougher on Russia than me, they will be pushing very hard for the Democrats. They definitely don’t want Trump!

Totally agree with President Trump’s observation about Russia not being long-term pro-Republican or pro-Trump. Putin is pro-Chaos and is an Equal Opportunity Disruptor of the American electoral system.

I’m sure you’re right, Mr. President. The Russians definitely don’t want a president who undermines NATO, excuses their invasion of Ukraine, weakens Europe, and calls their interference in our election a “hoax.”

Beyond claims of his toughness on Russia, Trump offered no evidence that Russian President Vladimir Putin intended to assist Democrats in the November election cycle.

US Intelligence officials from all major agencies determined that Russia interfered in the 2016 presidential election to help Trump and hurt Democratic candidate Hillary Clinton.

At a summit in Helsinki last week Putin denied Russian interference in the election. He also told reporters that he wanted Trump to win.

When asked by Reuters reporter Jeff Mason if he wanted Trump to win the election and if he directed officials to help him do that Putin said, “Yes, I did. Yes, I did. Because he talked about bringing the US-Russia relationship back to normal.”

It’s unclear if Putin was answering both parts of Mason’s question.

Speaking from the podium during a press conference in Helsinki Trump agreed with Putin’s denial.

In response to bipartisan backlash from lawmakers on Capitol Hill Trump clarified his comment the following day, saying he misspoke.

Trump vacillated positions for the remainder of the week eventually doubling down on claims that special Russian interference in the election is a hoax.

Trump tweeted, “So President Obama knew about Russia before the Election. Why didn’t he do something about it? Why didn’t he tell our campaign? Because it is all a big hoax, that’s why, and he thought Crooked Hillary was going to win!!!”

Sanders said Trump accepts the intelligence community’s assessment that Russia interfered in the 2016 election while he considers the Mueller probe into collusion a hoax.
“As the president has said many times, and stated it over and over again … we maintain that Russia interfered in the elections,” Sanders said. “The president, however, has repeatedly (said])that his campaign colluding in that process is a total hoax.”