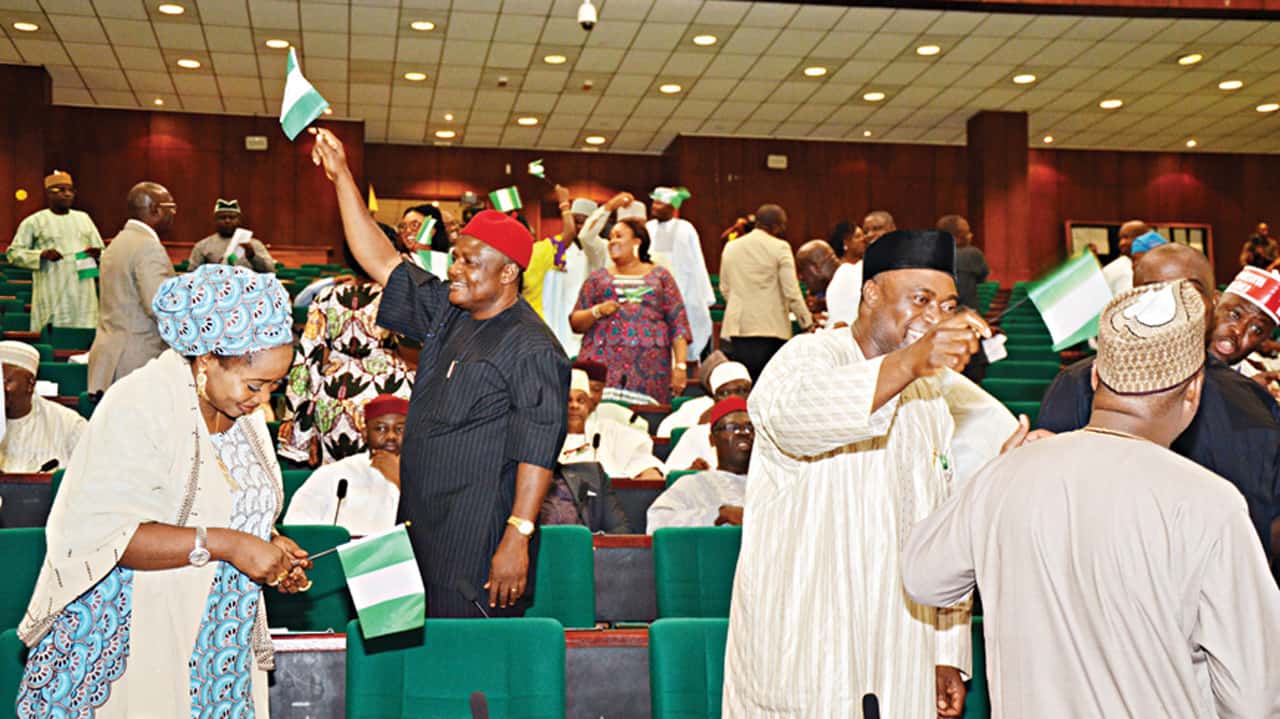 CARACAL REPORTS recently ran a story on the raging oppositions against President Muhammadu Buhari’s second-term bid at the forthcoming general elections in the country.

In support of the report’s submission that the President faces a stern test ahead of the coming elections, 37 lawmakers elected under the platform of the ruling All Progressives Congress (APC) on Tuesday dumped the party to join the People’s Democratic Party (PDP) and other opposition parties.

The House of Representatives, the country’s lower legislative chamber, Tuesday morning, during its plenary, turned rowdy consequent over the announcement of the defected lawmakers by Speaker Yakubu Dogara.

The declaration was greeted with mixed feelings. While members of PDP, the country’s main opposition camp, who is the greatest beneficiary of the development welcomed the news with joy, it was a sad tale for APC and Buhari’s loyalists.

Four of the defectors were headed to African Democratic Congress, ADC. They include Sunday Adepoju (Oyo), Olasupo Abiodun (Oyo), Olugbenga Samson (Oyo) and Akintola Taiwo(Oyo). The remaining one lawmaker is yet to disclose his new party after his defection.

With the development, APC still retains its majority seat with 186 members, out of the total of 360 in the House but there are palpable fears in the ruling party more of its lawmakers also toeing the exit door. This fear was heightened after APC lost the majority seat in the Senate, the country’s upper legislative chamber, following the defection of 13 Senators from the party to PDP and one to ADC.

Prior to Tuesday, the APC caucus had 64 members; the PDP caucus had 42, while the All Progressives Grand Alliance, (APGA), had one. But following the development, PDP now wields the majority seat at the upper legislative chamber with 55 members against APC’s 50.

Meanwhile, President Muhammadu Buhari on Tuesday stated that the ruling party has nothing to lose over the massive defections of its members to other parties.

Speaking in a statement signed by its Senior Special Adviser on Media and Publicity, Garba Shehu, the President expressed his confidence that “no harm or injury will be done by these defections, to the APC and its aspirations.”

The statement reads: “I wish all of our party members who today defected, the very best in their future undertakings. The APC has done its best to stop the defections, and I must commend the party leadership for working tirelessly to unite the party and position it for future victory.

“I am confident that no harm or injury will be done by these defections, to the APC and its aspirations. I urge party faithful not to despair but to instead see this as something that happens in seasons like this, on the eve of elections.

“As the saying goes, all politics is local. We understand that some of the Distinguished and Honourable lawmakers have issues in/with their home states, especially on zoning which bars some of them from seeking another term in their constituencies.

“Let me also note that none of the defecting federal lawmakers has any specific grievances against the government I lead or me; neither do I harbor any ill-feeling towards any of them. I fully respect their freedom to choose what party to associate with.

“I am using this opportunity to restate my total commitment to the values of democracy, as well as my total willingness to work with ALL members of the National Assembly, irrespective of their political party, for the benefit of Nigeria and Nigerians.”

In the same vein, National Chairman of the APC, Adams Oshiomhole, has come hard on those who recently defected from the party, branding them as “big masqueraders with very little and no electoral value.”

Oshiomole had met with Buhari few hours after reports of the lawmakers’ defection broke on Tuesday. Addressing State House Correspondents at the Presidential Villa, Abuja, the capital, the APC Chairman echoed Buhari’s thought, noting that the party would not in any way be affected by the defections.

Noting that the APC had put in place every necessary measure to soothe some of its aggrieved members, the former Governor of Edo State declared that the party would not stop those who are hell-bent on leaving the ruling party, saying such people have hidden agenda, which were not subject to negotiation.

His words: “My attitude is like I have told you before, as the National Chairman, I am committed to listening to very legitimate grievances and engaging all those who are aggrieved that we can see through their grievances, but I insist that I will not miss sleep for one minute over mercenary activities.

“I have said it, and I want to repeat it that men and women of honor must drive this business of governance.

“If the only motivation is personal interest; ‘what is in it for me?’ ‘What have I gained?’ and ‘How many people have I done XYZ for?’ If that is the basis, the earlier those in this business of personal gains return to where they belong, the better.

“This party that I am privileged to chair is not worried at all; we are not disturbed. I am not going to miss my sleep, and we will go into the campaign.

“Check the electoral results; you will find that a lot of those who claimed to have defected, on a good day, the votes they got that made them members of the Senate, our President got much more votes in their constituencies. So, we are not fooled at all.

“The thing going on is that you have a lot of so-called big masqueraders with very little and no electoral value.

“If you remember what I said the day I formally declared my interest to contest; I said to be a progressive party means we must be clear that it cannot be a party for everyone.

“As soon as you realize that you can’t adjust to the requirement of the progressive, which is people-driven, people-based, people-oriented and you choose to return to the right wing where you know that the name of the game is, share the money, it is your choice.”