Mali: Why Pessimism Is Dwarfing Optimism As Malians Goes To Polls 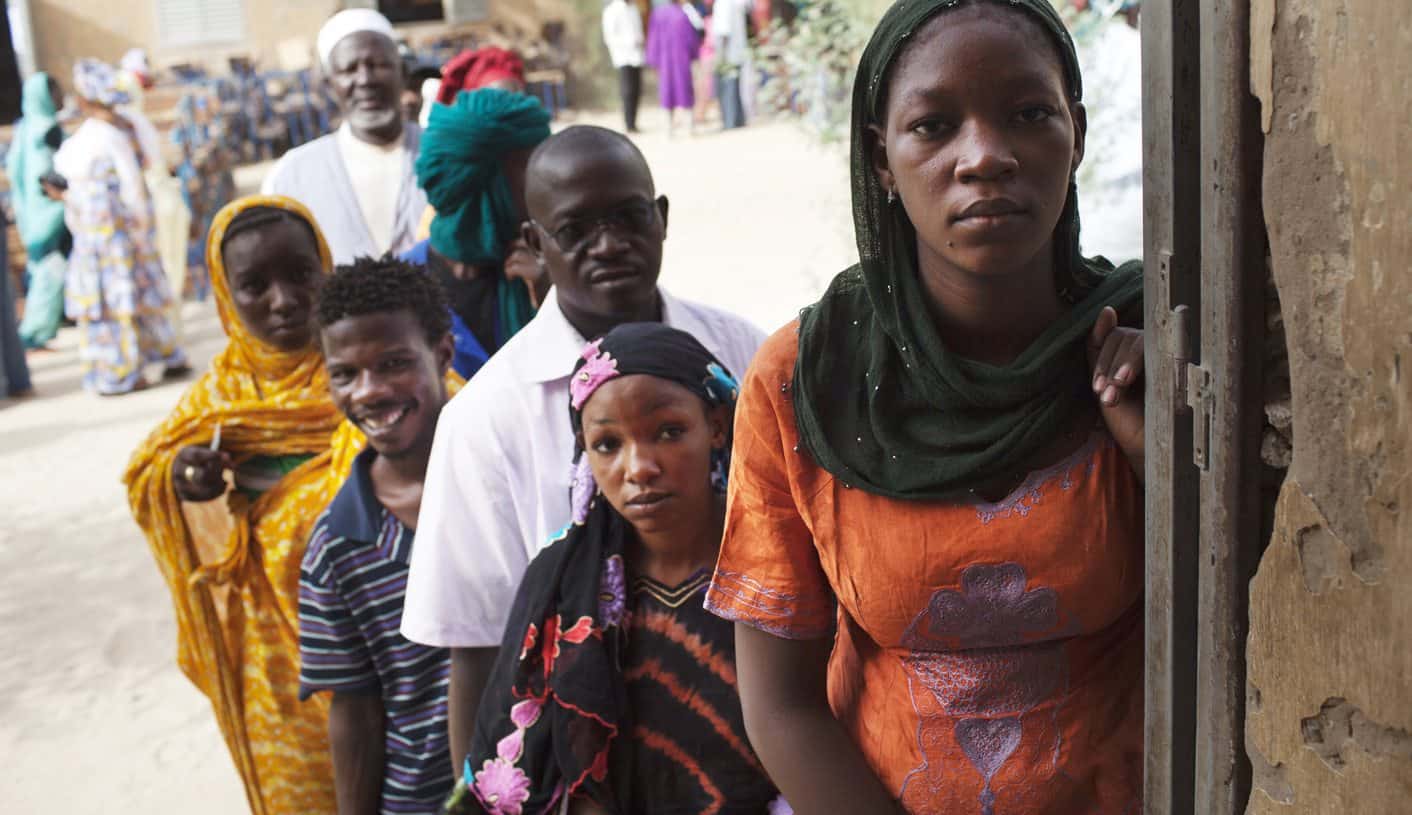 To many Malians, Sunday’s presidential election is nothing but a mere electoral ritual, going by the reality on the ground in the West African nation.

Mali is a good definition of a nation at cross-roads. Deafening political unrest, widespread insecurity, an ailing economy is leaving over 8million registered voters with little to hope for, some hours away from Sunday’s election.

24 candidates are contesting for Mali’s Presidency at the polls billed for July 29. However, incumbent President Ibrahim Boubacar Keita, 73, widely known by his initials as IBK and opposition frontrunner Soumaila Cisse, 68, has been gaining attention, and are considered major contenders for the polls.

Other popular names among the presidential candidates include the erstwhile prime minister of the transitional government after the 2012 coup, Cheick Modibo Diarra, 66, and ADP-Maliba party’s Aliou Boubacar Diallo, 58.

Why the rising pessimism over the polls among Malians?

Ahead of tomorrow’s election, there are many issues making the poll insignificant to Malians. One of such problems is widespread insecurity in the country. Since 2012, Mali has been a hotbed of several brutal clashes between rebel separatists and government counter-insurgency security operatives.

Tomorrow’s election is coming six years after the nation was plunged into a bloody crisis when the military staged a coup to oust then-President Amadou Toumani Toure, largely criticized for being undemocratic.

Since then, separatist rebels have taken charge of the Northern part of the country. Joint efforts from French forces and UN security operatives, in 2013, have seen a remarkable success against the rebels, recapturing essential strongholds of the insurgent groups and driving them into the Sahel, but that has also fuelled the political unrest in the country, analysts argued.

A bid to consolidate the successes recorded against rebel separatists and to further restore democratic tenets to the country’s political space led to an election in 2013, which President Keita won with 78 percent of the vote.

In 2015, a peace accord was signed by Mali’s government and the rebel groups, to strengthen peace in the volatile country. IBK’s election and the peace agreement raised optimism among many Malians.

Five years after however, that hopes have been dashed. The country is becoming unsafe than ever with resurgent activities of the rebel groups launching attacks against French and Malian forces and a UN peacekeeping mission. While the implementation of the Peace accord has suffered many setbacks, IBK’s government has primarily performed below expectations of many Malians who voted for him.

The political unrest, and IBK’s underperformance, observers argue have waned interests of Malians in the election, amid uncertainties. An Afrobarometer survey, conducted in February 2017, shows Malians are increasingly dissatisfied with their government.

Already, there are indications of a low turn-out at the polls. Lower participation of electorates in Mali is gradually becoming a norm amidst growing apathy in the government by the citizens, and analysts contend, Sunday’s election would only be an elongation of past occurrence. Until 2013, Mali’s turnout for presidential elections has never reached 37%, a poor record compared to other countries in West Africa where turn-out averages 62%.

With increasing insecurity situation in the country, many predict this year’s election may be the worst in the country’s political chapter as some electorates may not show up to vote due to fear.

The incumbency factor is also another factor fuelling pessimism ahead of Sunday’s presidential election in Mali. No sitting president has been defeated in an election before in Mali, and many see this year’s election as an extension of this electoral status quo.

Incumbent President Keita is likely to win the election, going by this precedent. Of course, there is little or no logic even to doubt this in the first place. His contenders at the polls give little room for any surprise at Sunday’s election, pundits said.

Of the 23 candidates slugging the presidential ticket with him, only three enjoy popularity among Malians. The rest are newcomers to the country’s political space, with arguably little chances of springing any surprise at the polls. IBK’s leading political rivals at the election are Soumaïla Cissé, Dramane Dembélé, and Cheick Modibo Diarra, all who ran against him in 2013 but lost.

Many Malians may not like IBK’s government for failing to take the country’s ailing economy out of the woods and address the insecurity problems facing the country but may have to endure him for another five years, if he wins the election.

Being the incumbent President, he enjoys control of the media, unfettered access to funds and pride of strong network- all benefits of incumbency.

Nevertheless, the opposition could yet spring up a surprise, should Malians decide to defy the odds and vote in large numbers. If this happens, the opposition may benefit from a growing distrust in IBK’s government and the country’s quest for change. Aside from failing to facilitate the successful implementation of the 2015 peace agreements with rebel groups to quell the country’s security crisis, President Keita is widely criticized for stifling public opinion and generally uncommitted to strengthening the country’s democratic ideals- a development that fuelled Toure’s exit from power.

While large turn-out does not guarantee automatic victory for the opposition over IBK at the polls, it could help weakens the incumbency factor of IBK.

As it stands, Malians are seemingly getting wearied of democracy which they hitherto considered the country’s pathway to a flourishing future and the high expectations among many when Mali had a peaceful transition from a military dictatorship (1968-1991) to electoral democracy in 1992 are gradually fading away among a significant segment of the population.