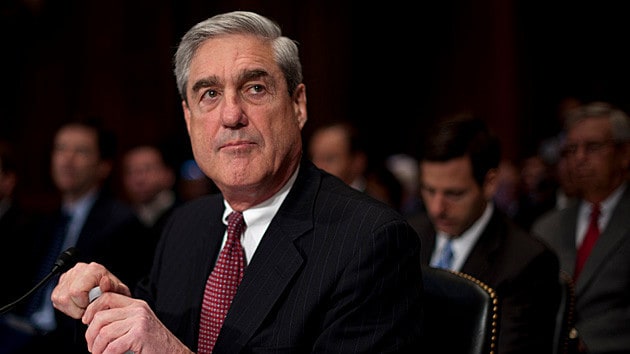 Just after six in the morning, Trump complained that Strzok broke the law while attempting to influence the outcome of the 2016 presidential election.

“FBI Agent Peter Strzok (on the Mueller team) should have recused himself on day one. He was out to STOP THE ELECTION OF DONALD TRUMP. He needed an insurance policy. Those are illegal, improper goals, trying to influence the Election. He should never, ever been allowed to……..

“…..remain in the FBI while he himself was being investigated. This is a real issue. It won’t go into a Mueller Report because Mueller is going to protect these guys. Mueller has an interest in creating the illusion of objectivity around his investigation.” ALAN DERSHOWITZ….,” Trump tweeted.

The next tweet, just nine minutes later, is the most newsworthy. Trump said Muller is “conflicted” and the President stopped just short of directly ordering the Attorney General end the Mueller investigation.

..This is a terrible situation and Attorney General Jeff Sessions should stop this Rigged Witch Hunt right now, before it continues to stain our country any further. Bob Mueller is totally conflicted, and his 17 Angry Democrats that are doing his dirty work are a disgrace to USA!

Giuliani said Trump was merely expressing an opinion, not giving a direct order.

“The President was expressing his opinion on his favored medium for asserting his First Amendment right of free speech,” Giuliani said. “He said ‘should’ not ‘must,’ and no Presidential order was issued or will be.”

“It’s not an order, its the President’s opinion, and it’s ridiculous that all of the corruption and dishonesty that’s gone one with the launching of the witch hunt, the President has watched this process play out, but he also wants to see it come to an end as he stated many times. And we look forward to that happening,” said Sanders.

Swalwell wrote in a tweet, “Fire Mueller and we fire you.”

Distancing himself from Manafort Trump wrote, “ He worked for me for a very short time. Why didn’t the government tell me that he was under investigation? These old charges have nothing to do with Collusion – a Hoax!”

Trump said that Paul Manafort has yet to be convicted but is being treated worse than “legendary mob boss” Al Capone.

Looking back on history, who was treated worse, Alfonse Capone, legendary mob boss, killer and “Public Enemy Number One,” or Paul Manafort, political operative & Reagan/Dole darling, now serving solitary confinement – although convicted of nothing? Where is the Russian Collusion?

Trump also attacked Democrats, asserting the Russia/Trump collusion narrative was “one of the most successful” hoaxes in history.