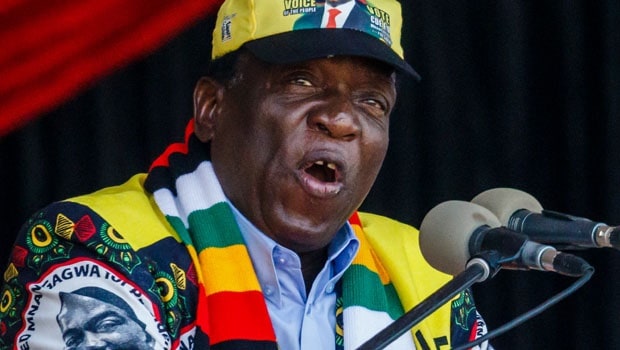 Emmerson Mnangagwa has been declared the winner of Monday’s presidential election held in Zimbabwe.

According to the election results released by the country’s electoral body, Mnangagwa garnered a total of 50.8 percent of the votes in all the ten provinces declared to defeat his chief rival, Nelson Chamisa of the MDC Alliance. The result of the election means there would be no second run-off.

Following his victory at the polls, an excited Mnangagwa took to his twitter to appreciate his fans and Zimbabwe for the outcome of the election, saying it signals “a new beginning.”

“This is a new beginning. Let us join hands, in peace, unity & love, & together build a new Zimbabwe for all!” Mnangagwa said on a Twitter page on Thursday.

Observers said that the election was peaceful.

However, much of the polls has been dominated by strings of violent activities, fuelled majorly by Chamisa’s supporters, who staged demonstrations across the country on Wednesday. About six persons were reportedly killed in the clash between protesters and security operatives.

The MDC Alliance flag-bearer had earlier declared himself the winner of the election, saying an earlier delay in announcing the election results was an attempt by the ruling Zanu-PF to rig the election, an allegation he has been making even before the vote on Monday.

ZEC in response on Thursday, however, debunked claims of rigging the election assuring there was no “absolutely no skulduggery.”

Victory for Zanu-PF but defeat for Mugabe?

The result of the polls is an indication that the ruling Zanu-PF still wields its dominance in Zimbabwe politics despite the growing opposition against the party in the country. The party earlier emerged the winner in the parliamentary elections also held on Monday with Two-Thirds Majority.

While the result signifies a victory for the party, it represents a defeat for erstwhile President Mugabe who declared his support for opposition party over Zanu-PF on Sunday, the eve of the election.

Many earlier feared his shock stance would influence the election in Chamisa’s favor, but the reverse has been the case. With this, the political relevance of Mugabe, hitherto a strong pillar of the ruling Zanu-PF would be questioned in the coming days.

What next for Mnangagwa?

President Mnangagwa’s victory at the polls comes with an enormous task: How to chart a new course for Zimbabwe in the post-Mugabe era. The President also faces rising pressure to deliver on his electoral promises to the people of Zimbabwe.

Mnangagwa had during most of his campaigns constantly reiterated his stance to open a new chapter in the country’s history with strings of reforms. He had also promised white farmers in Zimbabwe of his administration’s plan to redress Mugabe’s “Land Reforms” which dispossessed majority of white farmlands, promise critics argue was nothing but a political gimmick merely to curry support.

The President also faces a task of uniting the country again, following the division caused by the election.