Trump’s Efforts To Dismantle DACA Hit Another Snag In Court 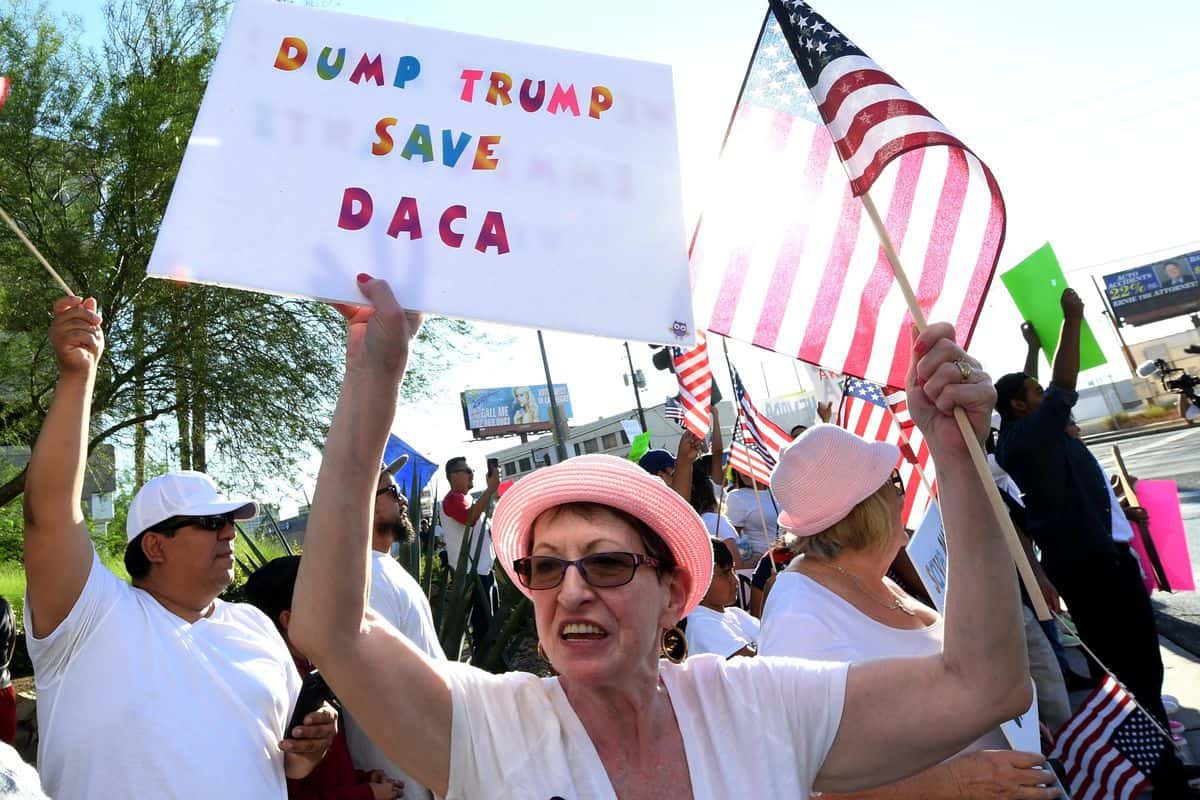 Court orders the restart of DACA

A US District Court Judge on Friday ordered the Trump administration to keep the Deferred Action for Childhood Arrivals (DACA) program active.

President Donald Trump’s efforts to dismantle the Obama-era initiative that offers temporary protected status to children brought to the United States illegally have stalled in a handful of court cases.

“The Nielsen Memo offers nothing even remotely approaching a considered legal assessment that this Court could subject to judicial review,” Bates wrote.

Bates later added, ”The Nielsen Memo demonstrates no true cognizance of the serious reliance interests at issue here — indeed, it does not even identify what those interests are.”

In April Bates ordered the administration to sustain DACA and accept new applications. He offered Nielsen 90 days to appeal the decision with a fresh argument.

Bates rejected those efforts as well as one new point of contention. Nielsen argued that DACA encourages immigrants to take advantage of the program. It sends the wrong message to potential migrants.

The judge denied the validity of the argument saying it was “post hoc,” a logical fallacy that states ‘Since event Y followed event X, event Y must have been caused by event X.’”

Bates pointed out that potential immigrants would not apply for DACA protection. The program only applies to just over half a million people who have been in the US since 2007.

Bates said the Department of Homeland Security must provide a “rational explanation” if it wishes to rescind the program. He also clarified that the court is not suggesting DHS doesn’t have the constitutional or legal authority to move forward with its efforts.

Bates wrote, “The Court did not hold in its prior opinion, and it does not hold today, that DHS lacks the statutory or constitutional authority to rescind the DACA program, rather, the Court simply holds that if DHS wishes to rescind the program or to take any other action, for that matter, it must give a rational explanation for its decision.”

The judge ruled that Nielsen could appeal the decision again by August 23, at which point new DACA applications are to be accepted, and the program is to be fully reinstated.