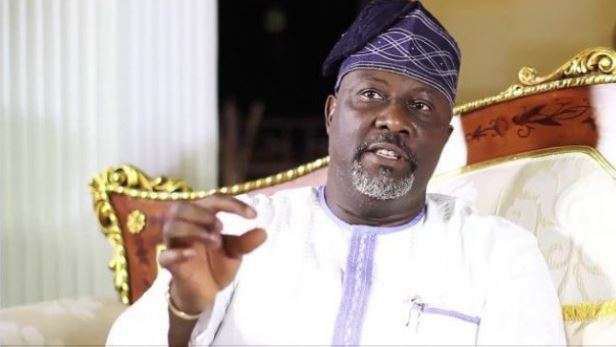 Senator Dino Melaye is one of the three senators representing Kogi State in the National Assembly. In this interview with Caracal Reports at his residence in Abuja, Nigeria, the lawmaker outlined the factors responsible for the mass defection that hits the All Progressives Congress recently. Excerpts:

How would you describe the Nigerian political terrain, especially with series of the defection of some politicians from the ruling party to the main opposition party, Peoples Democratic Party?

Politics is all about the people, and when people feel democratic values and norms are no longer respected when they feel that there are no capacity and capability in their leadership, they are free to join other parties. It is their fundamental human right to have freedom of association and to decide who they want to associate with. The defection is very okay because it is to move Nigeria forward. Most of the people defected due to maladministration. We believe APC is suffering from what I call a dreadful continental abnormality. The party is not organized as a party because the Presidency is the one controlling the party instead of the party controlling him. The President Buhari’s administration has proven that the government own the people and not vice versa.

Are these the reasons you left too?

I left because I cannot be part of the part of the maladministration, massive killings, which has made Nigeria become a valley of death. The present leaders of this country do not have the capability to end the insurgency in Nigeria. The President has spent his integrity, and he is in integrity deficit. He has not shown the capacity to curb the problem of this country, and we cannot continue to be in the sinking boat. That is why we decided to say since the PDP has apologized to Nigerians, it is better than APC.

Do you think PDP won’t betray or disappoint you in the future?

From what I have seen the party displayed under the leadership of Chief Secondus, PDP will lead Nigeria to its prosperity. PDP will rescue Nigeria, and that is why we have moved there.

What were the moves you made to correct the alleged mistakes of the current administration before you left APC?

There is no party in APC. If there was a party, the discordant tune between the Presidency and the party that prevailed the convention will not be there. I was a member of the NEC, board of trustees of the APC. I was there when the president was seated when we agreed to the extension of the life of the executive from the ward to the national level. In another breath, the President said that should be discarded. No reputable leader dance like that. A leader is decisive, straight and should not be somersaulting. At that point, we cried, shouted, talked but nothing was done. I cannot be at a party, where the leadership of the party at all levels is un-forgiven for a sin committed.

What do you mean?

Our crime is that we made Bukola Saraki the Senate President as against the aspirations of the Presidency. But they fail to admit that the National Assembly is not a department of the Presidency. By my myopic knowledge of the constitution, it is an independent body. For instance, in every class, the students or pupils have the right to choose their monitor as the teacher cannot impose a monitor on them, and that is what we have done. They are so hardened and Unforgiven, and that is responsible for the tribulation, harassments we are going through. I have been arraigned by the Federal Government in six different courts till last week with all frivolous charges. Last week, the court ordered that my international passport is released to me, but Assistant Inspector General Igodo said he had instructions from above not to release my passport. That means the instruction from above supersedes the order of the court. My lawyers have written three letters and the Police ignored the letters. So, if the Police will be lawless, how do they expect to enforce law and order and this persecution has continued. All my police escorts have been withdrawn from April 22, 2018. I have written letters to the police and nothing has been done. I have had four assassination attempts in one year, yet the Police refused to give me police officers.

In the recent speech of the Senate President, he appreciated the reconciliation efforts of some APC’s key leaders, does that mean there are some good people within the party?

The truth is that when the head is rotten, the entire body is useless. The leadership of the party has no capacity to take it anywhere. APC is gone, and there are more surprises on the way for the leaders.

One of the APC governors claimed the defection of some key members of the party would not affect its chances of winning elections in 2019. What is your take on this?

That statement is motivated by either Codeine or weed. Every right-thinking politician would not see the caliber of people leaving APC and still discountenance it. That means the person has arthritis of the brain and the person is living in self-deceit.

There is no permanent friend or enemy in politics. If the President settles his scores with you before 2019, will change your mind and go back to APC?

Nothing will take me back to Egypt.

Are you prepared to compete against Governor Yahaya Bello to declare the state for PDP at the state and federal level in 2019?

We (PDP) will win in 2019. The Governor of Kogi State has no electoral value because he has not contested elections before. He does not understand the impulse of elections. Maybe if he has gone round, he would have done better. Yahaya Bello is a contaminated element in Kogi State that nobody wants to go close to and will have a negative effect on APC in Kogi State. Bello was not part of us when APC won elections in Kogi State, so he can’t deliver for his party. APC in Kogi State is long dead and buried.

There are allegations that some of the attacks against you were staged managed. How do you react to this?

I pray they will not experience what I went through. I know Yahaya Bello is the one peddling that, even if I die today, they will still say I killed myself. But those attacks are real, and they have not stopped. The battle to salvage Kogi State, for me, is a battle of no retreat no surrender. No amount of attacks, propaganda, blackmail, will stop me from asking the government to take care of the people.  I am not afraid to die as I will keep talking for the people because, in an unjust society, silence is a crime. I understand the attacks will continue, but the God I serve will continue to protect me and give me the capacity to carry on.

Where did we get it wrong as a nation?

We got it wrong when we voted for President Buhari, nepotism as its highest level. In the entire Federal Executive Council, there is no economist. In the 21st century, we made a journalist Minister of Education, and former Vice-Chancellor was made the Minister of State for Education. A medical doctor was made the Minister of Labour. Once we give a carpentry work to a fashion designer, we got it wrong. That is the best Buhari could offer. I call on Nigerians to conquer fear and come out to say no to such leadership in 2019 and confront the present challenges in a civil manner through their votes.

Who is your presidential candidate in 2019?

When we get to that bridge, we will cross it.

How were your experiences in the hands of the police, attackers, and kidnappers?

Persecutions and tribulations will always be there but I know at the end of the day, we shall overcome. Weeping may tarry till night, but joy comes in the morning. For every situation, there is a time and season; this also shall come and pass. My experience is terrifying and traumatic because they are still after me. They are plotting on a daily basis to kill, maim, arrest and detain me but what they fail to understand is that in the affair of man, there is always a God factor. The experience for my family members, friends, and my parent was not palatable, but we shall persevere, not retreat, and continue to speak for the voiceless.