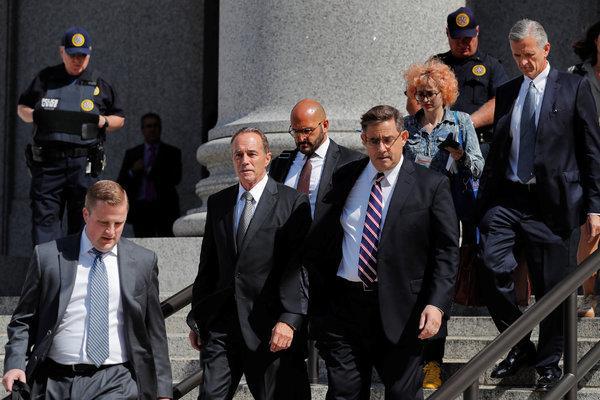 “I will mount a vigorous defense in court to clear my name,” United States Congressman from New Your Chris Collins (R-NY) said late on Wednesday night. “I look forward to being fully vindicated and exonerated, ending any and all questions relating to my affiliation with Innate.”

Rep. Collins was arrested and indicted for security fraud charges on Wednesday morning. The charges were related to his ties to Australian company Innate Immunotherapeutics, where he was on the board of directors.

“Christopher Collins knew or recklessly disregarded that he breached his duty by disclosing this inside information to Cameron Collins,” the Security Exchange Commission (SEC) stated in a statement. Cameron, his son was given nonpublic information by Christopher. Cameron would go on to sale approximately $1.4 million of Innate share, according to the SEC.

Rep. Collins claims the charges are “meritless’ and that he will not address any issues related to Innate with reporters. Earlier in the day, his legal team released a statement on his official website, “We will answer the charges filed against Congressman Collins in Court and will mount a vigorous defense to clear his good name. It is notable that even the government does not allege that Congressman Collins traded a single share of Innate Therapeutics stock. We are confident he will be completely vindicated and exonerated.”

Today I addressed the false charges that are being brought against me. It’s an honor and a privilege to serve the people of #NY27 and I will continue to work hard for you every day as I fight to clear my name. https://t.co/9q363y6dfx

Chris Collins serves in New York’s 27th district, which the Cook Partisan Voter Index ranks at R+11. He is set to run against Democrat Nate McMurray in the November general election if he indeed decides to stay in the race. Despite voting for Donald Trump in the 2016 general election the district voted for Barack Obama in 2008 and 2012.

Speaker of the House, Paul Ryan removed Rep. Collins from his position within the House Energy and Commerce Committee soon after the indictment became public.