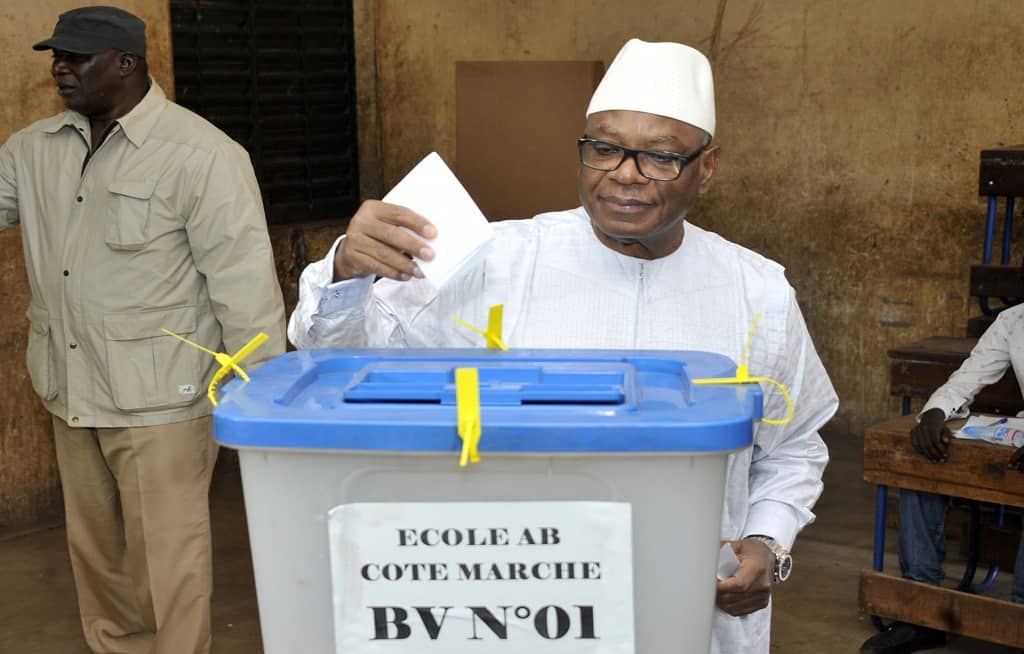 On Thursday, the wait over who emerges the eventual winner of Mali’s runoff election finally came to an end. According to the election results released by Ministry of Territorial Administration, Ibrahim Boubacar Keita, known as IBK, won the election with 67.17 percent of ballots. Opposition candidate Soumaila Cisse recorded 32.83% of the vote according to the runoff results.

Amidst security concerns, the country went to the polls to elect a new President on July 29. The first election results indicated that IBK, 73, got 41.4 percent while his chief opponent and former minister of finance in the country, Soumalia Cisse, 68, polled 17.8 percent of the vote.

24 candidates contested this year’s election, but IBK and Cisse were the two major contenders at the polls. But with failure for either party to pull up to 50 percent of the first total electoral votes, a runoff was slated for August 12 to determine the eventual winner.

Allegations of electoral malpractices have been trailing the results of this year’s election in Mali, with opposition parties claiming the election was riddled with malpractices.

A low turnout greeted the election held last Sunday in the West African nation amidst security issues facing the country.

18 of the candidates who contested the election, including, Cisse had earlier rejected the election results, alleging corruption, vote buying, and ballot stuffing. The former finance minister contested against IBK during the 2013 presidential election in the country but lost.

“We will not accept results marred by irregularities,” the aggrieved candidates said after results of the first round of the election were announced.

Before the declaration of Thursday’s results, Cisse and others in the opposition camp had on Monday rejected the results of the runoff, alleging malpractices.

“We have a large lead. We do not accept that our voice is stolen,” Cisse was quoted as charging his supporters at Bamako, the capital on Monday. “The fraud is proven, this is why there are results we will not accept. We will not accept that a president wins through fraud. And we will show that there is fraud. This fight is in your hands, dear supporters,” he added.

But none is seemingly paying attention to the various allegations. This, observers, contend facilitated IBK’ victory at the polls.

The Mali Citizen Observation Pool (POCIM) estimated that turnout was at just 22.38 percent among the 8 million registered voters.

But African Union election observers said the voting was carried out “in acceptable conditions,” and there is “no tangible element” suggesting voting irregularities, in a preliminary report published on Monday.

Political observers were therefore of the opinion that the contradiction in the conception of the various bodies who assessed the polls constituted the reason for the low interest of opposition’s claim.

What next for Malians?

The emergence of IBK as President for the second time is a development greeted with mixed feelings from the electorates. Going by the pessimism which clouded the conduct of the election, it is doubtful many Malians would expect something new from IBK’s government.

Since 2012, Mali has been a hotbed of several brutal clashes between rebel separatists and government counter-insurgency security operatives. Separatist rebels have taken charge of the Northern part of the country. Joint efforts from French forces and UN security operatives, in 2013, have seen a remarkable success against the rebels, recapturing essential strongholds of the insurgent groups and driving them into the Sahel, but that has also fueled the political unrest in the country, analysts argued.

A bid to consolidate the successes recorded against rebel separatists and to further restore democratic tenets to the country’s political space led to an election in 2013, which President Keita won with 78 percent of the vote.

In 2015, a peace accord was signed by Mali’s government and the rebel groups, to strengthen peace in the volatile country but the deal has yet to be implemented. Critics blamed IBK’s Government not implementing the deal.

An Afrobarometer survey, conducted in February 2017, shows Malians are increasingly dissatisfied with their government