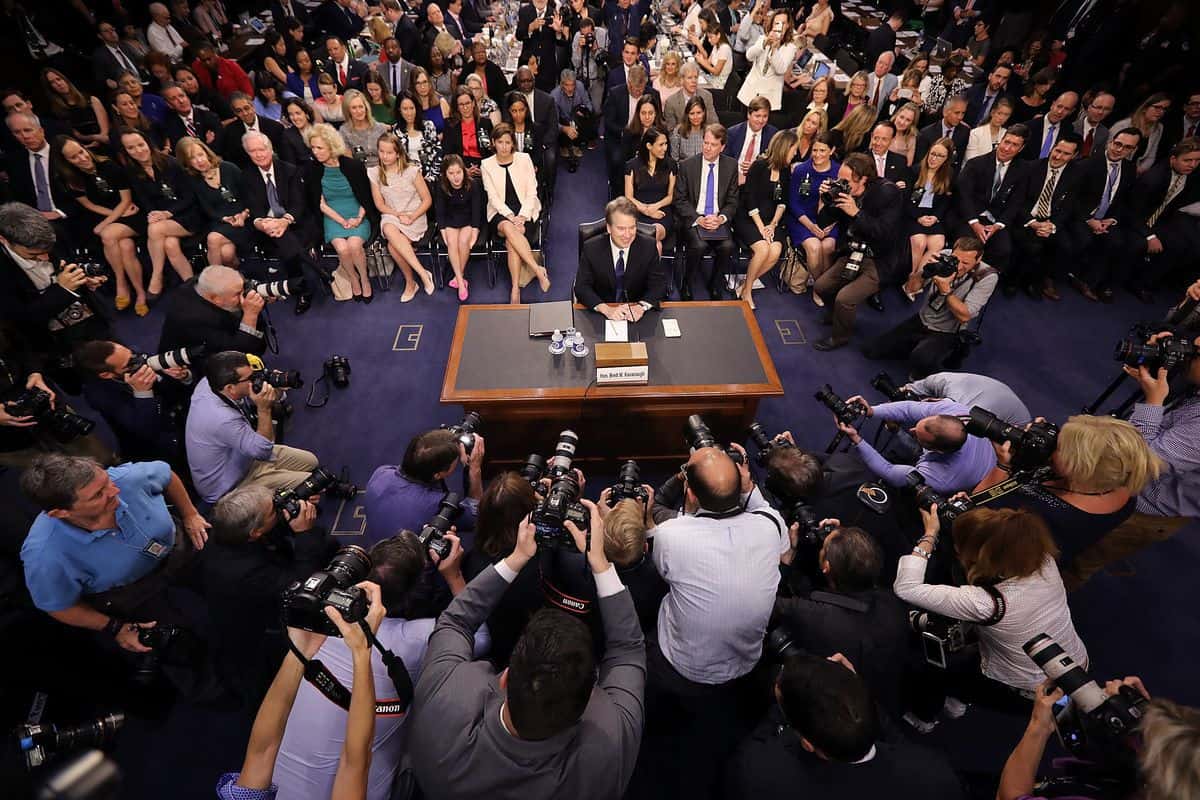 A contentious confirmation hearing for President Donald Trump’s supreme court nominee, Brett Kavanaugh on Tuesday devolved into a maelstrom of heated exchanges from senators on both sides of the aisle.

Senator Kamala Harris (D-California) cut Grassley’s comments short insisting that lawmakers were not given adequate time to review the documents. “The committee just received just last night less than 15 hours ago 42,000 pages of documents that we have not had an opportunity to review or read or analyze,” Harris said.

A flurry of Democratic objections to the process delayed opening statements for over an hour. Senator Richard Blumenthal (D-Conn) called for a delay to provide adequate time to review the materials.

Senator Patrick Leahy (D-Vermont) also questioned the quality of the documents and Republican majority’s eleventh-hour release incentive. Leahy asked, “What are they trying to hide?”

“The integrity of the documents we have received — there really is no integrity. They have alterations; they have auditees, attachments are missing, emails are cut off half way through, recipients names are missing. What are we trying to hide? Why are we rushing?” Leahy asked.

Later in the day, Senator Dick Durbin (D-Illinois) asked Kavanaugh to delay the hearing. Durbin suggested a postponement would add credibility to proceedings.

“There are many people are watching carefully. I’m going to make a suggestion to you today, and it won’t be popular on the other side of the aisle,” Durbin said. “If you believe your public record is one you can stand behind and defend, I hope at the end of this; you will ask this committee to suspend until we are given all the documents until we have the time to review them and then we resume this hearing.”

Senator Corey Booker (D-New Jersey) said that Kavanaugh was added to Trump’s list of potential nominees “after the president was in jeopardy,” suggesting the jurist might try to protect Trump.

“The president pulled the one person from all of that list that was added late, that would give him in a sense the ability to pick a judge that has already spoken vastly about a president’s ability to dismiss or end an investigation,” Booker said. 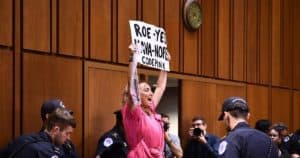 About 30 minutes into the hearing Republican Senator Thom Tillis (R-North Carolina) hit back at Democrats. Tillis suggested Democrats were less interested in documents then they were in partisan politics.

“Democrats plotted coordinated protest strategy over the holiday weekend, and all agreed to disrupt and protest the hearing, sources tell me and @frankthorp. Dem leader @chuckschumer led a phone call, and committee members are executing now,” Hunt wrote.

“I’m confused because I heard earlier this was a reaction to the document releases last night,” Tillis said.

Capitol Police escorted several protestors out the room throughout the day. Twenty-two protestors who disrupted the hearing were removed by 10:30 am.

Visibly agitated, Senator Orin Hatch (R-Utah) asked Grassley to have a protestor removed who was shouting during his allotted speaking time.

“Mr. Chariman, I think we ought to have this loudmouth removed. We shouldn’t have to put up with this kind of stuff. I hope she’s not a law student.”

One of the more controversial moments of the contentious proceeding took place during a break session. The father of a teenage girl killed in the mass shooting at the Marjory Stoneman Douglas high school tried to shake Kavanaugh’s hand. Kavanaugh abruptly turned and walked away from him.