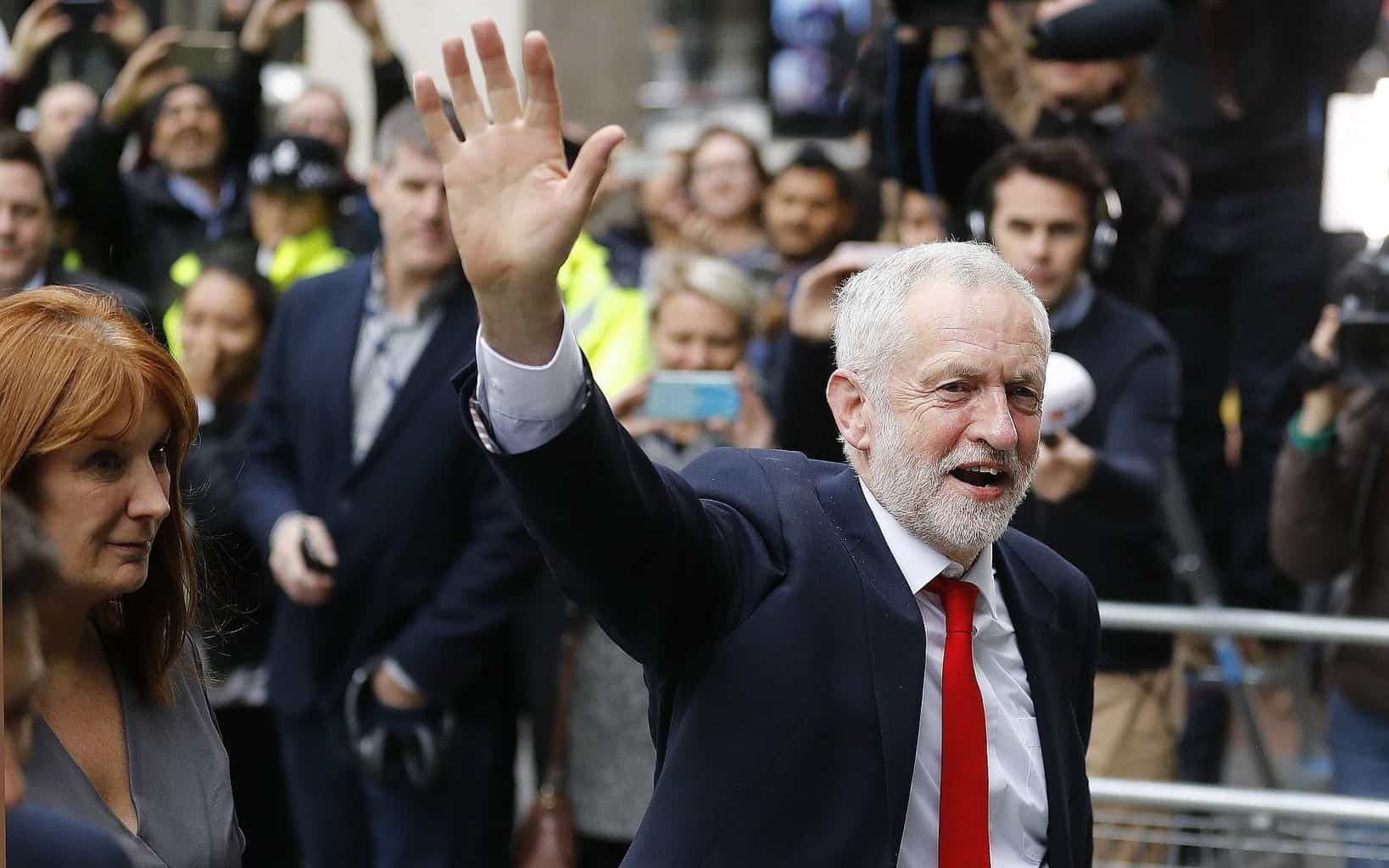 Since Jeremy Corbyn took over leadership of the Social Democratic Labour Party within the United Kingdom, he and the left-wing party have undergone consistent acquisitions of being anti-semitic from right-wing lobbyists.

Mounds of evidence exist which disprove the charges, yet partisan forces continue the smear campaign — hoping to limit international criticism regarding the anti-minority legislation and court rulings currently drawing attention. Less than two weeks ago, the Daily Mail launched attacks at Corbyn regarding his use of the word ‘Zionists’ to describe right-wing Israelis who interrupted a Palestinian solidarity meaning in 2013.

Minimal research is required to learn the basics of Zionism and their goals, which do not equate to the entirety of those practicing the Jewish faith, and some Zionists are fundamental Christians. Middle East Eye reports on the actions of the lobbyists who spread such propaganda:

Al-Jazeera has produced two separate undercover documentary series on Israel lobbyists’ efforts in the UK and US to interfere in each country’s politics – probably in violation of local laws. Only the UK series has been aired so far.

It showed an Israeli embassy official, Shai Masot, both plotting to “take down” a Conservative government minister seen as too sympathetic to the Palestinian cause and helping to create an anti-Corbyn front organisation [sic] in the Labour party.

The documentary uncovers massive corruption led by the Israeli lobby manifesting in bribes, leading to LFI members refusing to critique the Israeli government, even after the country commits human rights violations.

Caracal Reports highlighted the ongoing controversy surrounding the ‘Nation State‘ law — causing more to join the growing Boycott, Divest, and Sanction (BDS) movement. The added highlight to the ongoing struggles Palestinians and other minorities face in Israel limit the effect of propaganda against Corbyn. From our reporting:

According to several regional outlets and those within Israel, Palestinian Israeli members of parliament will meet with senior European Union officials regarding the ‘Nation State’ law passed on July 19th. Earlier in the week MPs from Join List allied with Palestinians to lobby the United Nations. Their goal, to pass a resolution next month at the General Assembly, framing the ‘Nation State’ law, to apartheid.

A small minority will believe Corbyn is an anti-Semite, however, the ongoing investigative reports uncovering the nature of the smears, draconian laws passed in the Israeli Knesset, and a largely informed global community will cast doubt on those regurgitating obvious lies — rather than damage the credibility of Corbyn.

That has been changing, in part because it has become much harder to conceal what kind of state Israel is. Its self-harming behaviour [sic] includes its recent decision to make explicit the state’s institutionalised [sic] racism with the passage last month of the Nation-State Basic Law. That law gives constitutional weight to the denial of equal rights to a fifth of Israel’s population, those who are Palestinian.

The backlash against Corbyn and other Palestinian solidarity activists is evidence of the lobby’s fears that they can no longer hold the line against a growing realisation [sic] by western publics that there was a cost to Zionism’s success.

That price was paid by Palestinians, and there has yet been no historical reckoning over their suffering. By veiling the historical record, Israel and the Zionist movement have avoided the kind of truth and reconciliation process that led to the ending of apartheid in South Africa. The lobby prefers that Israel’s version of apartheid continues.