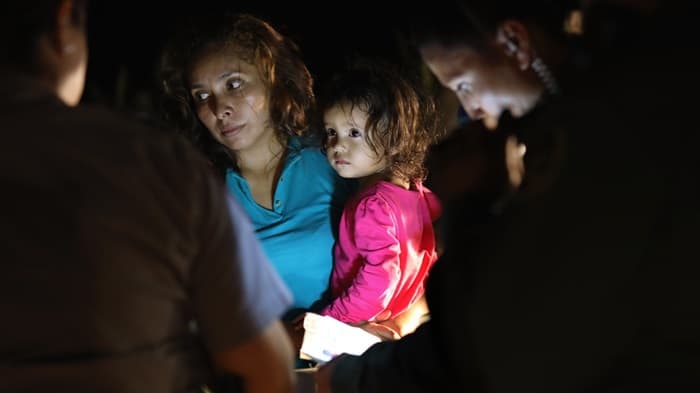 According to a report from NBC News, the Trump administration ignored a report showing that refugees did not pose a major security threat to the United States. Three former senior officials spoke to the outlet on background, providing direct insight into the situation — stating that the administration has lied when presenting the possible dangers of people born outside the United States pose.

The report outlines the dismay of officials after administration officials quickly dismissed their analysis:

At a meeting in September 2017 with senior officials discussing refugee admissions, a representative from the National Counterterrorism Center came ready to present a report that analyzed the possible risks presented by refugees entering the country.

“We read that. The attorney general doesn’t agree with the conclusions of that report,” she said, according to two officials familiar with the meeting, including one who was in the room at the time.

One official would go on to state, “you weren’t able to have an honest conversation about the risk,” when recalling the episode with Brand. A spokesperson for the Department of Homeland Security (DHS) responded to NBC’s request for comment:

If we only look at what terrorists have done in the past, we will never be able to prevent future attacks … We cannot let dangerous individuals slip through the cracks and exploit our refugee program, which is why we have implemented security enhancements that would prevent such violent individuals from reaching our shores, while still upholding our humanitarian ideals.

However, a study released by the Department of Justice (DOJ) and DHS is being challenged for refusing to include terrorist activities committed by white supremacist and anti-government organizations. The January 2018 report over inflates the crime committed by foreign-born actors, which data shows are less common than acts of terror by those born within the United States.

The smallest of technicalities allows for such misrepresentation to occur. From the NBC News report:

Because of the way the terrorism statute is written, those who support domestic organizations like anti-government or white supremacists groups cannot be charged with terrorism, even if the groups they support have committed crimes. Only supporters of foreign terrorist organizations designated by the State Department can be charged with “material support” of terrorism.

There are a lot of domestic terrorism cases, and they are generally not committed by people born abroad. To the extent that those cases were excluded — white supremacist violence, anti-abortion terrorism and militia violence — the inquiry is grossly biased.

The Trump administration has used flawed data in order to slow down the number of refugees resettled in the United States, only 20,000 of a possible 45,000 were placed in 2017.