Nigeria: How Bola Tinubu Controls some Part Of PDP 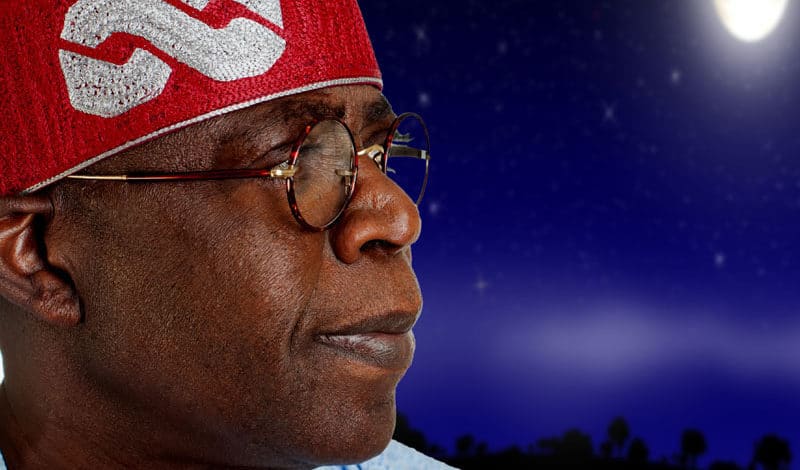 Investigations by CARACAL REPORTS have revealed how political sagacity of the national leader of Nigerian ruling party, Bola Tinubu, determines some of the events that take place in the major opposition party, People Democratic Party.

Tinubu is among the major political architects that orchestrated Buhari’s emergence as Nigerian president in 2015.

Despite his enormous weight in the ruling APC, the former Lagos state governor is revealed to have had some tentacles in the major opposition party in other to penetrate them.

An investigation by our correspondent revealed that Bola Tinubu’s fingerprint is boldly written in Lagos PDP, as he sponsors some of the big stalwarts in the chapter of the party.

A stalwart of PDP confirmed to our correspondent that some of the party’s chieftains in Lagos are on Tinubu’s pay role. He explained that; “Some of our people as I talk to you are loyal to Tinubu because he pays them regularly. He also gives them a contract on a timely basis. Though he is an opposition person, let me tell you, everyone knows you must align with him to succeed in Lagos.”

He also said Nigeria former defense minister, Musiliu Obanikoro was a faithful ally of Tinubu while he was active in PDP.

“Despite that Obanikoro was active in PDP, he was still faithful to Tinubu. And that was why he has to later defect to APC and now working with Tinubu directly. Obanikoro and some people in PDP cannot do without Tinubu, especially those of them that came from Lagos state”, he added.

Meanwhile, it was further revealed that the recent defection of former Lagos PDP chairman, Chief Moshood Salvador to APC in the state was one of the confirmations that some of the PDP stalwarts are controlled by Bola Tinubu. Though Salvador has said his defection was due to discouragement he received from PDP, but an APC chieftain in Lagos Island, Babalola Hakeem, said: “he (Salvador) was one of Tinubu’s men in PDP”.

Meanwhile, a chieftain of Lagos PDP, Engineer Deji Doherty also told our correspondent that most of PDP leaders in Lagos always look up to Tinubu for succour. “Who among our people that prays to become Tinubu’s enemy? Our people in this party look up to him for succours. Let me tell you, we all know that, and that is the truth. ”

In Ekiti state, it was also revealed that the governor of the state is a Tinubu. Recall that Fayose had recently affirmed his respect for Tinubu.

“There is no gainsaying that Asiwaju Tinubu is the foremost leader in the Yoruba nation today. Somebody will take the lead to let us know that leadership goes beyond party. That is exactly why I took the lead to establish the fact that the Yoruba nation will be losing if Asiwaju Ahmed Tinubu is humiliated. We must promote our leaders”, Fayose said in one of his statements to defend Tinubu.

Further findings also had it that Fayose remained faithful due to his business relationship with the Lagos politician.

“Fayose may speak against anyone in APC but not Tinubu. He respects Tinubu so much because of their relationship. Apart from this, they are business associates and for that alone, he bows his head for Tinubu. Look at his house in Magodo estate, look at his fuel stations and others businesses in Lagos. He will want them to be fine always, and so, he cannot go against Tinubu for being the Lagos lord”, Adeleye Seun, a PDP member from Ekiti state said.

In Osun state, Bola Tinubu is also revealed as an influencer in the state chapter of PDP.

We gathered from an anonymous source that Tinubu secretly sponsored one of the PDP gubernatorial aspirants, Akin Ogunbiyi, in the coming governorship race.

Tinubu who is known as a business associate of Ogunbiyi was said to have committed the sum of N1b to his (Ogunbiyi’s) campaign efforts.

“Tinubu has been by sponsoring a dummy candidate as an aspirant, the person is Ogunbiyi whom Tinubu has given the sum of N1billion to secure the Guber ticket of the main opposition political party (PDP) in the State,” he said.

Away from this, CARACAL REPORTS authoritatively learned that in 2011, Bola Tinubu worked for former president Goodluck Jonathan to emerged Nigeria president.

Engineer Deji Doherty in a chat with our correspondent revealed that he facilitated Goodluck’s link with Tinubu in order to have his support ahead of 2011 then.

“I was the one that facilitated the arrangement of how they link with Tinubu. During this time, he worked for the success of Goodluck Jonathan despite the fact that he was in CAN then. Tinubu’s impact is well respected across parties and that is why he knows to have his ways among the parties”.

Meanwhile, in a media chat programme in Lagos, Tinubu confirmed that he worked for Goodluck to emerge Nigeria president in 2011.

“I am not hiding it, I worked for Goodluck Jonathan then, though he came out to disappoint us, I can boldly say it anytime any day”, Tinibu said.