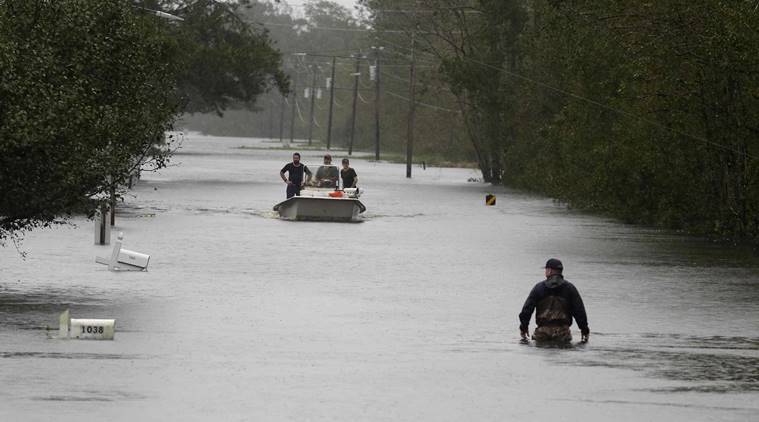 Over the past several days North Carolina and parts of South Carolina have seen catastrophic damage due to Hurricane Florence. The death toll attributed to the storm currently sits at 17 or 18 depending on the source.

Over 900 water rescues have been reported in North Carolina alone according to Governor Roy Cooper’s office. The volunteer United Cajun Navy rescue group has conducted rescue missions across the state. Over 200 rescue missions were necessary for the city of New Bern, North Carolina — where over 20,000 were without power as of late Sunday evening.

Local businesses in the city have been destroyed, along with homes, and vehicles. Without the call for mandatory evacuations, the death toll would be significantly higher throughout the state.

Storm surge caused by Florence resulted in catastrophic flooding of New Bern, which will continue to be a problem going into next week. The city of Wilmington, North Carolina is so deeply flooded that nobody is able to get into the city, including aid workers who are carrying essential supplies. Thousands across the state remain in desperate need of aid.

According to CNN, the North Carolina attorney general’s office has received more than 500 complaints of price gouging — mostly associated with gasoline, hotels, and water. State authorities have launched investigations into the reports.

The outlet also reports the following deaths have been linked to the storm:

Governor Cooper believes the risk of further deaths in North Carolina is high as flooding is making it difficult for rescue operations to reach hurricane victims.