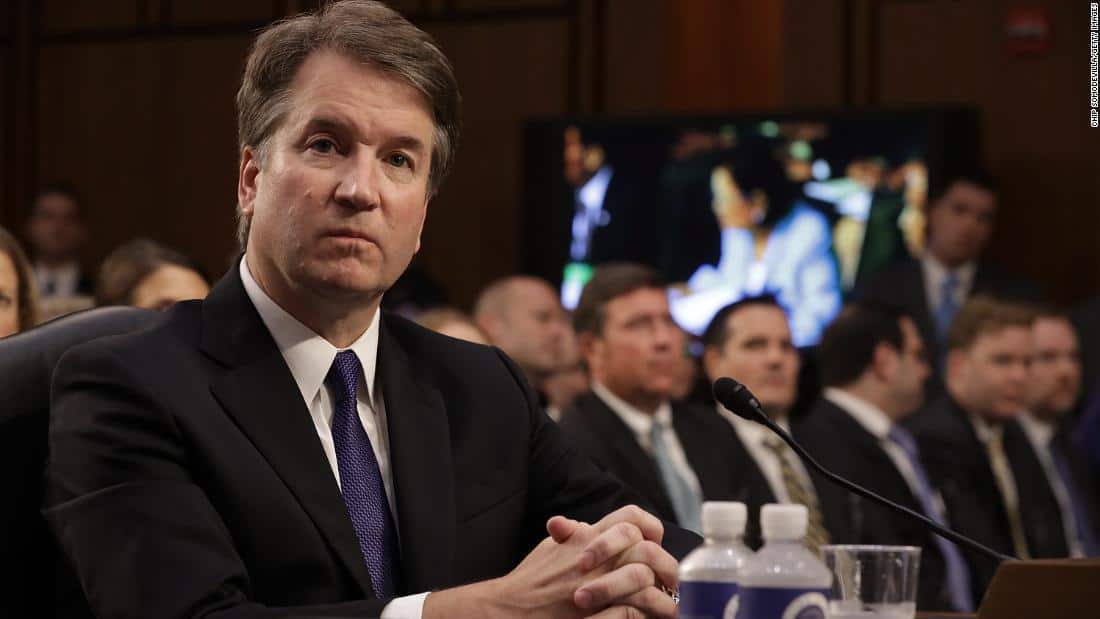 The nomination of President Donald Trump’s Supreme Court nominee Brett Kavanaugh may be in danger.

Cristine Blasey Ford, a California professor, recently brought allegations to the forefront that Kavanagh sexually abused her while in high school. Ford first shared her experiences anonymously with Senator Diane Feinstein (D-CA) in a letter.

Last week Feinstein referred the allegations to the FBI but did not disclose Ford’s identity.

Ford came forward this past weekend, sharing her identity and agreeing to testify before the Senate Judicial committee. Ford said that she went public with her story, even though the alleged incident occurred more than thrifty years ago, because of the magnitude of Kavanaugh’s appointment.

“Now I feel like my civic responsibility is outweighing my anguish and terror about retaliation,” Ford told the Washington Post.

Senate Democrats and a few Republicans insisted that an up or down vote on Thursday for Kavanaugh’s confirmation be delayed until the accusations against the nominee are fully investigated.

Ford’s attorney, Debra Katz said on Monday that her client is willing to testify in front of the Senate Judiciary Committee about the allegations. Katz said Ford has not been asked by anyone to appear before the committee.

Katz said on Monday that she believes Kavanaugh’s actions amounted to “attempted rape” and that Ford will like to share her story publicly.

“She believes that if it were not for the severe intoxication of Brett Kavanaugh, she would have been raped,” Katz said on NBC’s Today show.

Katz said Ford is “willing to do whatever it takes,” which includes testifying before Congress about her allegations and that her efforts “not a politically motivated action.”

Kellyanne Conway, the Senior Counselor to the President, told reporters Ford should be allowed to testify in front of lawmakers.

“Absolutely….she should not be ignored. She should testify under oath and she should do it on Capitol Hill but that is up to the Senate Judiciary Committee. They need to decide the forum,” Conway said.

Conway continued, “And, Judge Kavanaugh should also testify as to these 36-year-old allegations.”

In a written statement released by the White House Kavanaugh denied the allegations and said he did not know who made them until Ford identified herself.

“This is a completely false allegation. I have never done anything like what the accuser describes—to her or to anyone. Because this never happened, I had no idea who was making this accusation until she identified herself yesterday.,” Kavanaugh said.

Kavanaugh also said he would testify in front of the committee. “I am willing to talk to the Senate Judiciary Committee in any way the Committee deems appropriate to refute this false allegation, from 36 years ago, and defend my integrity.”