The Danger Of China’s Exploitative Loans To Africa Countries 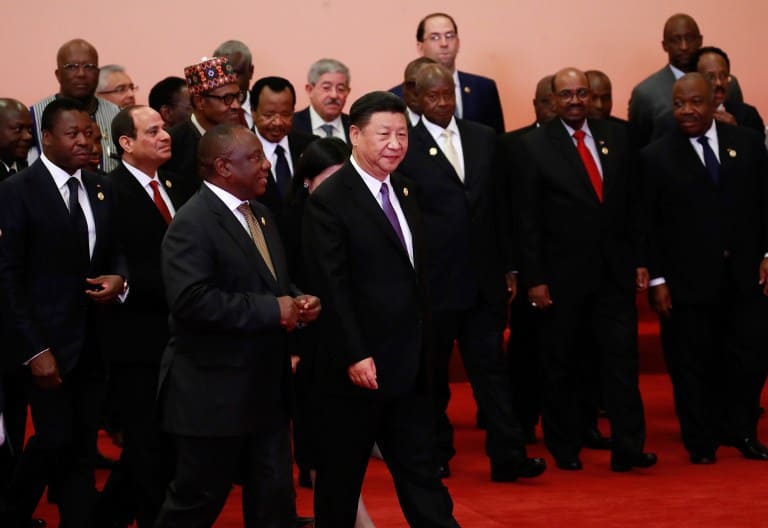 China’s putative generosity with loans is killing Africa than it is building it, with the continent sliding deep into the ocean of debts at the tick of every second.

Africa’s debt profile keeps ballooning. From increasing poverty level, widespread corruption, infrastructural deficit to spiraling unemployment among others; every indicator points to the fact that Africa is in the red.

Yet, there is another impending danger that could deliver an unimaginable blow to Africa: The continent’s loan romance with China.

The continent’s rising debt profile with China is an issue that has continued to create various divides across the continent.

Some awed, some perplexed and others wedged between the two.

Why is China churning out such head-spinning loans to African countries? Why has it become the continent’s go-to-nation whenever the issue of loan comes up? These issues have engaged the attention of critics.

Generosity or a ploy for new colonialism?

Whether China’s willingness to give out humongous loans to Africa is buoyed by generosity or ploy to exert its claws of dominance, has, from time immemorial, remained a controversial issue. African leaders have consistently quashed speculations the continent risks a new form of colonialism by China.

The money is expected to be spent over the next three years. This followed an earlier $60 billion Beijing offered Africa in 2015.

Aware that China’s increasing heavy investment in the continent will strengthen speculations of ‘new colonialism in Africa’, Xi had remarked as reported by AFP: “China’s investment in Africa comes with no political strings attached. Our cooperation with Africa is clearly targeted at the major bottlenecks to development. Resources for our cooperation are not to be spent on any vanity projects, but in places where they count the most.”

Expectedly, some African leaders at the summit swung in Xi’s defense. South Africa’s Cyril Ramaphosa, for instance, backed China’s deals in Africa noting that FOCAC “refutes the view that a new colonialism is taking hold in Africa as our detractors would have us believe.”

His Rwandan counterpart, Paul Kagame, who is the current chairman of the African Union also contended that “Africa is not a zero-sum game. Our growing ties with China do not come at anyone’s expense”.

Such defense of China’s loan commitment in Africa only shows the desperation and short-sightedness of African leaders as to what becomes of the continent in the distant future, should it’s rising debt profile continues unchecked.

A study by the Center for Global Development, a US think-tank, for instance, found “serious concerns” about the sustainability of sovereign debt in eight Asian, European and African countries receiving Belt and Road funds.

The Sri Lanka experience is a timely reminder of what the continent should expect in its ongoing predatory romance with China.

Sri Lanka President, Mahinda Rajapaksa was said to have borrowed more than $8 billion from state-controlled Chinese firms, to fund the country’s port project and others. Unfortunately, he was voted out of office in 2015, leaving a huge debt for his successor.

The country’s newly elected government struggled to make payments on the debt he had taken on, forcing it to hand over the port alongside 15,000 acres of land surrounding it for 99 years in December last year, after long negotiations with the Chinese government.

The lessons for Africa from Sri Lanka’s case are enormous. The continent undoubtedly walks tall with a rich colonial history. It is, however, worrisome that the continent is presently not learning from such a traumatic history.

In the first place, why should China be the big spender when it comes to Africa? There is no gainsaying that China is one of the fastest developing countries in the world. Yet it is also unarguable that it has major issues grappling with its citizens.

Law professor, Xu Zhangrun, for instance, questioned the rationality behind China’s heavy loan commitment in Africa. “Why is China, a country with over 100 million people who are still living below the poverty line, playing at being the flashy big-spender? How can such wanton generosity be allowed?”

China’s stamp is all over Africa. In the past two decades, China has catapulted from being a relatively small investor in the continent to become Africa’s largest economic partner, with more than 1,000 firms spread across the continent, according to a recent report. Across trade, investment, infrastructure financing, and aid, no other country have such depth and breadth of engagement in Africa, the report adds.

It has poured billions in loans for roads, railways, ports and other major infrastructural projects in Asia and Africa. While such loans have tentatively appeared to be a solution to some of Africa’s enormous challenges, they have immersed the continent into heavy debt, which it may not be able to pay back in decades to come.

There are also other negative implications of heavy borrowing in Africa, such as reckless spending and increasing corruption rates.

A study of 39 African countries from 1970 to 2010 found that for every dollar borrowed, up to 63 cents left the continent within five years. The money is often siphoned out as private assets, suggests Léonce Ndikumana, one of the researchers, based at the University of Massachusetts, Amherst. Some banks seem more interested in juicy fees than good governance.

China’s involvement in Africa has made it harder to assess the situation. Countries such as Zambia and Congo-Brazzaville have taken out opaque loans from Chinese companies. Angola has borrowed more than $19bn from China since 2004, mostly secured against oil. Such loans often have built-in clauses to review repayments as prices fluctuate, says Deborah Brautigam of the China-Africa Research Initiative at Johns Hopkins University.

Sri Lanka’s experience only showed China’s heavy-debt in Africa could be a ploy to force some countries to cough up major industries, over failure to pay back given loans as at when due.

Zambia, presently one of the debt-stricken nations in Africa was recently reported to be in a similar situation. Media reports claimed arrangement had been perfected by Zambia to hand over some of its key assets to China, over its inability to pay back debts.

The Zambian government, however, refuted the claim in a tweet. “Govt’s position is that all stories relating to sale or takeover of public assets such (as) ZNBC (state broadcaster), Kenneth Kaunda International Airport, and ZESCO (power utility) by China are false,” Chief government spokesperson Dora Siliya said on Twitter. said on Twitter.

“ZNBC digital migration and KK AIRPORT projects not even complete yet. How then can one refer to loan default in view of grace periods?” she asked.

In spite of government’s denial of the claim, such media reports have been hard to avoid, going by the country’s towering debt profile.

China’s “One Belt, One Road” initiative is unarguably challenging the world’s hitherto economic order, expanding its dominance and market across the globe.

Therefore, Africa must take a clue from Sri Lanka’s experience in its ongoing loan romance with China, by ensuring such relationship is not exploitative.