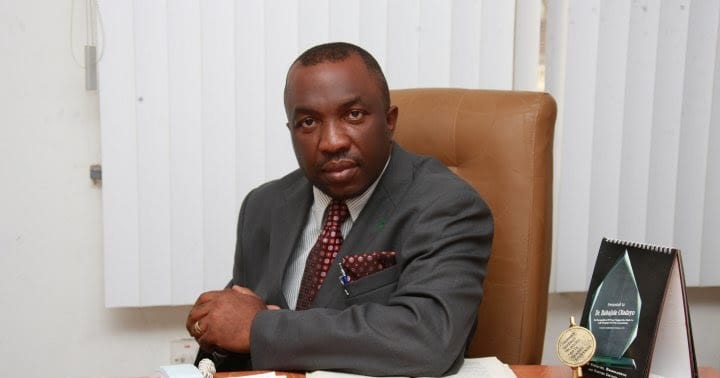 The national chairman of African Democratic Congress ADC, Chief Ralphs Nwosu, sat down with Caracal Reports to talk about the Independent National Electoral Commission (INEC) and how it does not have what it takes to conduct a credible election in 2019, considering the past polls that were conducted to favor APC. He said the commission is currently working as an agent of APC. Excerpts.

The ruling party in Nigeria, APC, believed they have had a befitting 1st tenure, thereby seeking the second term in office. What is your view of this?

APC and President Buhari are the most unfortunate things that have befallen Nigeria as a nation.

Buhari has succeeded in dividing the country more than ever before, and his incompetence has plunged the country into chaos and economic woes. And it is unfortunate that someone who was in the military and has attained the position of a general could not demonstrate a sense of patriotism in governance. Sincerely speaking they had not done anything to come back. They deserved to be condemned to failure in their second term bid.

Some Nigerians have begun to express fear over the possibility of 2019 general election, especially considering some factors such as readiness of election fund and others. How do you this?

Nothing can stop the election from taking place. Nigerians are more determined than ever to ensure that the elections happen. People understand the tricks and tactics been manufactured by the ruling party, and I can tell you that all they have left is fear mongering and dishonesty but I assure you whatever they like let them do, the election will take place, and we will defeat them.

On INEC, there have been expressions on lack of trust in the commission ahead of the general election. Looking at past election conducted by this commission, do you have belief in them come 2019?

INEC’s performance in the last two, three years didn’t portray them well in all ramifications. At times, it appears they have an agenda to go and deliver some results during some elections especially in Rivers state for instance, and what happened in Ekiti state governorship election recently. But be that as it may, it is left to the people of Nigeria to contain the commission, and I think people are ready. People have been taken for a ride for too long in this country, and we are warning INEC not to set this country on fire for in the coming general elections. They have to redeem their names, and the more they do, the more it will be good for them.

ADC is currently working alongside OBJ’s CNM. What do you hope to achieve?

I believed that after 20 years of democracy in Nigeria, the time has come for well-meaning leaders to save the country from collapse. Former President Obasanjo’s people in CNM believed that the death of an entity called Nigeria at this time would be disastrous. So, they decided to move to save Nigeria, and in this line, they did an extensive background check before they opted for ADC. Apart from, CNM, we have many other very resilient organizations and parties involved. OBJ and these people have seen systems that work and the ones that do not work. So, the decision was based on a political party that has character and values that are endearing, and they would not want to change that. After their due diligence check of over 60 political parties and their leadership, it was the principles, and ideals of ADC that won us their approval. So, I do not entertain fear that the same people will try to dilute or diminish what we stand for.

There are reports that former President Olusegun Obasanjo is currently not in good term with the leadership of ADC over some issues. How true is this?

There is nothing of such. Moreover, let me tell you this, Obasanjo is not a member of ADC, and he has always said so that he is not a member of ADC, but he is a guide and a mentor to all of us in the party. We usually consult him to clarify the things that are not very clear to us. His wealth of experience is helping us to navigate well. He is an excellent elder statesman that is committed to Nigeria, and he has a deep passion for this country which is in line with ADC’s beliefs.

ADC alongside PDP and other parties have teamed up to oust Buhari in 2019. How possible do you see this mission, considering the fact that OBJ and Atiku are enemies?

The coalition for United Political Parties is not about PDP. CUPP is about the grand quality of over 40 political parties in Nigeria. All the parties that are involved in CUPP are like the allied forces concept; they are all independent parties of their own. Everybody who has signed that Memorandum of Understanding is committed to supporting one candidate that emerges from CUPP, not from PDP. There is no agreement that anybody has to support PDP. Everybody who signed the agreement will work for CUPP so, and it is crucial that you highlight that because this misconception is getting disturbing to everybody. I don’t see any issue coming out of whoever that emerges as the candidate of the CUPP at the end.

What is the position of ADC among political parties in Nigeria regarding recognition ahead of 2019?

Honestly, ADC seems to be the main force but for now, we are struggling, but we are moving up the ladder very fast. We happen to be the fastest growing political party now, and we are taking time to restructure and re-frame our system so that we can contain the rapid growth. As we speak now we have about five senators and in short over 130 persons elected across the nation. So is not in dispute where we stand. By the time this election is over, we are going to turn up quite some numbers. So we are very comfortable.

People allegedly said Some members of APC attempted to lure you with an oil well and billions of naira. How true is this?

That was true. Some people have offered me more than oil money and oil well. People are ready to give me billions of dollars. The burden is on me. I have been offered billions of money with security, but nobody can buy me with money, not me.

I cannot sell the conscience of Nigerians. I did not collect any money from anybody; it is about this country, and things must change.

President Buhari was also reported to be your close ally. Is this true?

There was nothing like that. When we registered ADC in 2006, I invited Buhari to join our party, and our slogan was ‘Change for Better Nigeria.’ I did not hear anything from him again after our discussion. I later started hearing our slogan in the Congress for Progressive Change (CPC). They took what we have in ADC to CPC and was adopted by APC.

They copied our values, but they could not implement it. But Obasanjo saw our manifesto online, invited me and said he had done some due diligence about our party and the day he touched ADC; the party became a Midas touch.

There are reports that ADC was hijacked by former military cabals that have ruled the country before, having Obasanjo as their major face. Do you believe this?

Of course, I knew these people while in service and out of service. And let me tell you if you ask these people they are talking about to write their priority currently, what do you think it will be if not seeing Nigeria becoming a better place. You cannot deny them this right.

Now, lets us leave the Generals apart,  go and find out from Eze Uzu in Awka, or Obi of Onitsha, Emir of Kano, our Obas, including the Sultan if they feel comfortable with the present state of things in Nigeria. There was a time I was so upset with the situation in this country that I openly invited the Emir of Kano to come and be our presidential candidate.

So, let us forget all the speculations and focus on the realities and urgencies of the moment. Religious leaders: Christians, Muslims, and indigenous religion practitioners, are not happy with the spate of killings in Benue, Taraba, Zamfara, Plateau states, and others. They are sad over the nepotistic posture of the APC government. The youths are without jobs; our farmlands are under attack; the economy is in shambles, and various state institutions and structures are in worst of shapes and officers are experiencing the worst degree of heartache and emotional torture. So, I must say if all these men and women are working with the ADC, the Nigerian nation is blessed. I do not panic, and I do not expect the media to orchestrate anything other than the realities of the moment. The ADC has a role – modeling leadership philosophy that is highly infectious. Our political leaders must model how they want the constituents to behave, and not dish out orders. Leaders must inspire followers through their own characters of hard work and integrity. The problem with Nigeria is leadership; with quality leadership, every other thing will follow.