Rod Rosensteins Melodrama: A Distraction Or A Set-UP? 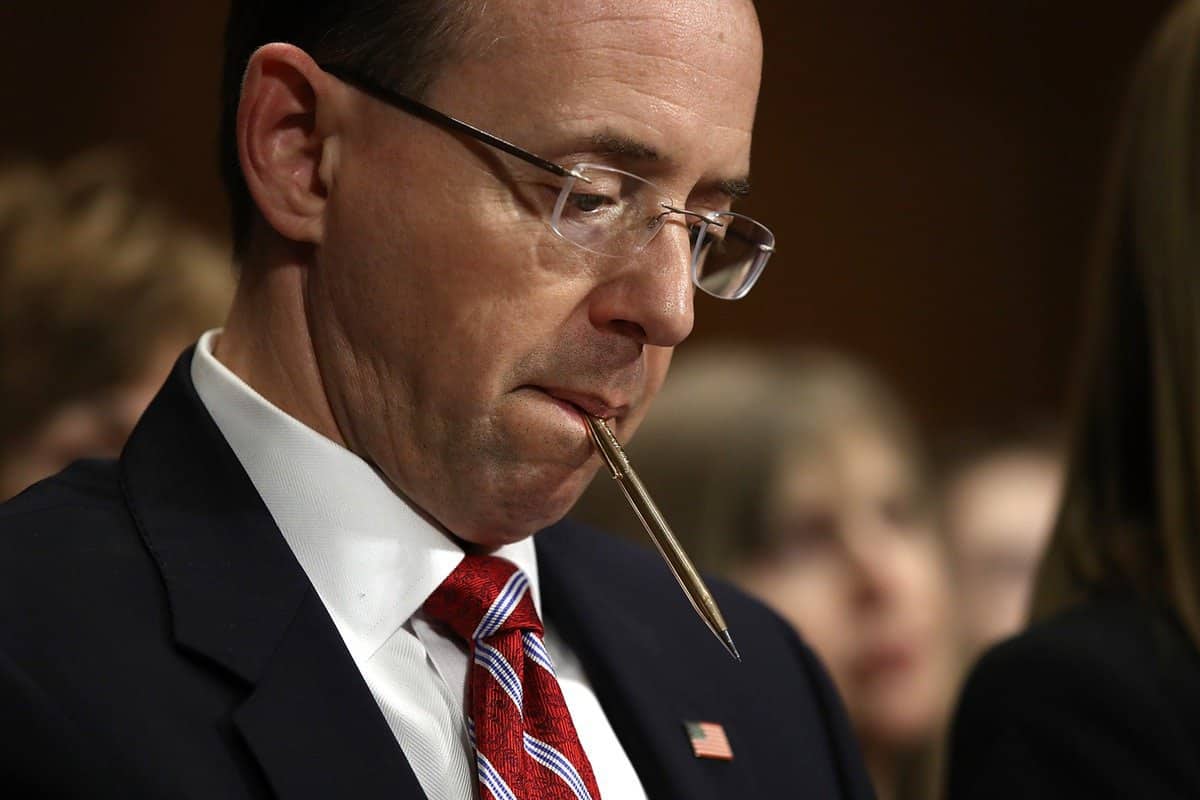 Deputy Attorney General Rod Rosenstein was summoned to the White House on Monday amid speculation that he was going to resign or be fired.

Rosenstein’s future at the Department of Justice has been in question since the New York Times published a bombshell story this past weekend.

The Times reported that Rosenstein considered coordinating invocation of the 25th amendment to remove the President from office in 2017 after Trump fired former FBI Director James Comey.

After several hours of contradictory news reports about Rosenstein’s fate on Monday, the Deputy Attorney General appeared outside the White House shaking hands with Chief of Staff, John Kelly.

Rosenstein’s job was obviously secure, for the moment.

All major news outlets immediately reported that Rosenstein was scheduled to return to Sixteen Hundred Pennsylvania Avenue on Thursday. Shortly thereafter, the beleaguered AG and an anxious national constituency would learn his fate.

To suggest we’ve gone from the sublime to the ridiculous, to the absurd is a confounding understatement. The transparent stupidity of yesterday’s non-spectacle is an embarrassment to the nation and is indicative of a White House functioning at an unsupervised, pre-school level.

Today the entire, bumbling, loosely disorganized confederacy threatens to demolish the foundational pillar of our tenuous democracy; the rule of law.

Then the entire cast of unscrupulous halfwits will try rebrand themselves the heroic freedom fighters who saved the body politic from the nefarious Deep State.

Ironically the New York Times, a generally reliable and well-informed publication, may have unintentionally set the whole imbecilic plan in motion.

The Times was either duped into publishing anonymously sourced nonsense from Trump’s allies or Rosenstein is just another self-interested, prophetic liar. The latter is far less likely.

Is it absurd to think that Trump loyalists seeded pseudo-scandalous content into the minds of two very competent, well-respected journalists? Yes.

We now live in a political era where the implausible is possible and oftentimes probable.

To be fair, the New York Times has stood by it’s reporting, and subsequent coverage seems credible.

Irrespective, Trump will almost certainly use the Times’ story as a pretext to remove Rosenstein and, to the best of his limited ability, quash Mueller’s investigation.