Cameroon: Why President Biya’s Rule May Be Hanging On By A Thread 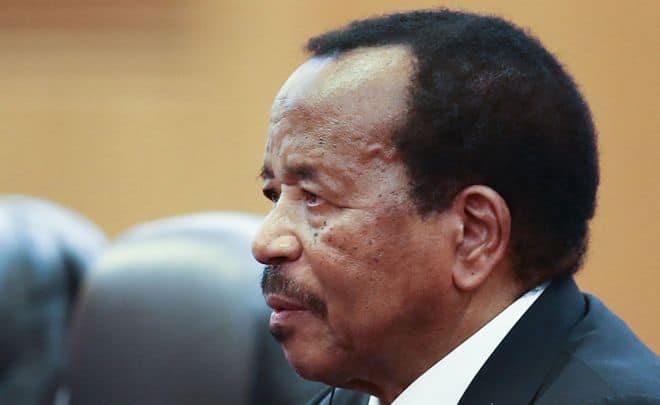 With simmering apathy against President Paul Biya’s 36-year rule coming to a head in Cameroon, there are indications he may soon be shown the exit door from the country’s corridors of power.

Fresh expectations, suspense, raging oppositions, and uncertainties are often common characteristics of ideal elections. But when Cameroon goes to the polls for its Presidential elections on October 7, none of these indicators is likely to surface.

While the forthcoming presidential elections should signify a fresh breath for the country’s politics, it is looking more of a routine exercise, whose outcome could easily be predicted by many Cameroonians.

Barring any unforeseen challenge, incumbent President Paul Biya will likely coast to what has become a routine victory in the country’s presidential elections.

For the sake of elections

The fact that many Cameroonians know what the outcome will likely look like, robs the exercise of any significance. President Biya, 85, has been in power since 1982 and is seeking to stretch his 36-year rule in the forthcoming general elections. As it stands, the odds are heavily stacked in favor of the country’s ruling Rassemblement démocratique du Peuple Camerounais’ (RDPC) ahead of the election.

Cameroon is presently at crossroads, with various crisis confronting its existence. In the far North of the country, for instance, there is an ongoing battle against Boko Haram militants, while in the Western regions, government security agencies are fighting to quell protests by Anglophone separatists, fueled by allegations of marginalization and discrimination by English-speaking regions of Cameroon. The International Crisis Group think-tank, claims not less than 120 civilians and 43 members of the security forces have been killed since the end of 2016, while the UN reports that 160,000 people have been internally displaced and 20,000 have sought refuge in neighboring Nigeria.

So far, President Biya’s government appeared bereft of ideas to tackle key issues clogging the socio-economic development of the West African nation, and his refusal to exit the corridors of power suggests there is no end in sight for Cameroon’s problems, as long as he remains in power.

Like in previous elections held in the country, it is unlikely to see the opposition grind out an unexpected victory against President Biya during the forthcoming elections. Aside from the incumbency factor, the President prides of unfettered access to key machinery in the state as well as strong links. This means a repeat of the 2011 polls in which the ruling RDPC garnered over 75% looks likely.

The absence of a key opposition against Biya ahead of the October 7 elections further mean there would not be any significance between the election and those held previously in the country. Efforts to form a strong coalition force to oust the long-serving President has consistently hit the rock and this, analysts believe, portends danger to the country’s democracy. Biya will face eight different political parties at the forthcoming elections in what looks much of a show of popularity than an election.

What the future holds in a Post-Biya Cameroon remains unknown, but as in Zimbabwe, it could yet signal a new dimension for the country’s leadership. This awareness among Cameroonians is gradually gaining ground and this could signal a possible end to Biya’s long-term rule in the country.

The rising frustration among many citizens of the country is also another indication that history may always repeat itself for President Biya, even if he wins the forthcoming elections. In 2011, Biya, no doubt, was able to navigate through turbulent moments facing Cameroon and his government to win the country’s elections, despite allegations of electoral malpractices by the opposition.

However, observers are of the view the present bottled frustration in the country could snowball into a deadly crash, or even a civil war should, such situation happens this time around.

Already, Anglophones separatists have issued a threat against the conduct of elections in territories controlled by them, though Biya had dismissed such threats. Biya’s popularity is unarguably shrinking with each passing day. The fact that 7 out of a total 13 million voters registered to vote shows the apathy and the fear of the unknown hovering over the country’s political space.

While all these may not likely prevent President Biya from cruising to another victory at the forthcoming elections, they could yet signal the beginning of the end for his decades of rule in Cameroon.