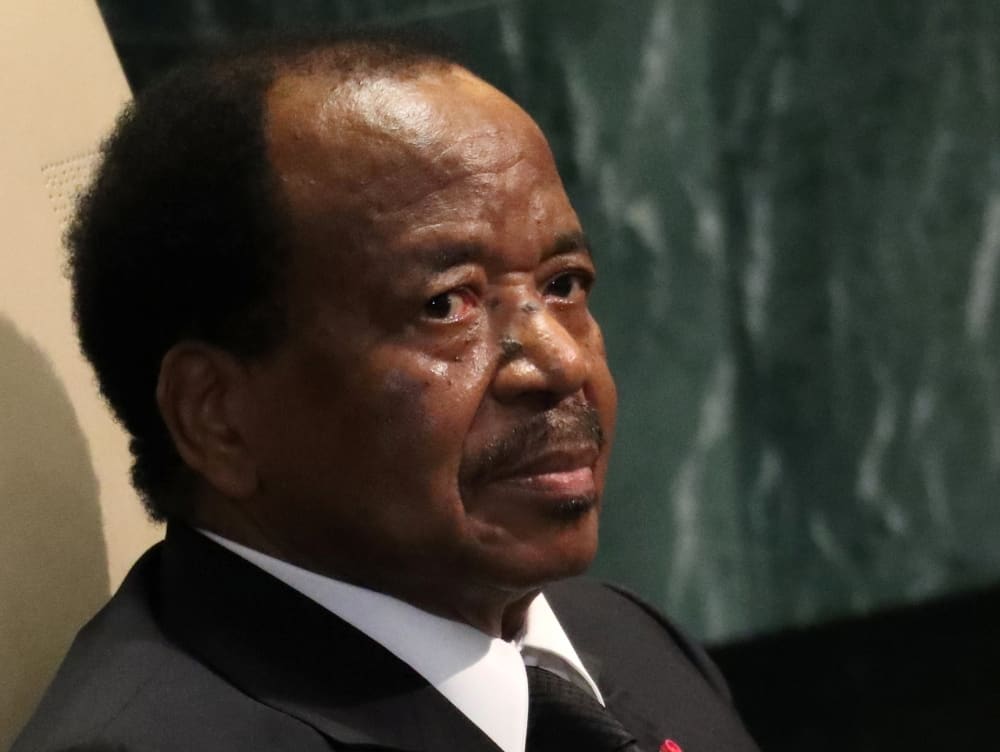 Paul Biya, 85, has been declared the winner of Cameroon’s presidential election held on October 7, 2018.

According to the election results announced on Monday by the Constitutional Council in a state television broadcast, Biya, sub-Saharan Africa’s oldest leader won 71.3 percent of the total votes to defeat his main rival, Maurice Kamto who polled 14.2 percent.

“The election was free, fair and credible in spite of the security challenges in the English-speaking regions,” the Council’s President Clement Atangana said while announcing the official results.

The announcement of the results was characterized by fear, with major cities reportedly witnessing heavy troop deployment following earlier proscription of rallies by the opposition.

The victory makes it the seventh term Biya will win the Presidential election, and this will extend his 36-year rule. Presently 85, he is likely to remain in power until at the age of 92.

Cameroon’s Constitutional Court had last week dismissed 18 petitions demanding cancellation of the October 7 Presidential election held in the country on the grounds of electoral irregularities.

Incumbent President Biya’s main opposition at the presidential poll, Kamto alongside others had filed 18 petitions praying the court to cancel the electoral exercise in the country, citing the inability of most citizens to vote in the Anglophones English-speaking regions, as a result of insecurity.

The opposition parties had alleged widespread irregularities insecurity and low turnout, especially in restive Anglophone regions. The October 7 election had meager turnout in English-speaking areas after more than 200,000 fled fighting between Anglophone separatists and security forces.

The court threw out the opposition claims and held that it was not enough basis to warrant their demands. The ruling CPDM and elections body, ELECAM, vigorously defended the conduct of the polls stressing that the process had been free, fair and democratic.

The decision said to be a unanimous one by the judicial body paved the way for the declaration of results in a poll primarily expected to hand incumbent President Biya a new seven-year term.

On Sunday, an opposition march in Douala to protest electoral “fraud” was banned, and around 30 people were arrested, AFP reported. Witnesses have told AFP news agency they heard gunfire on Monday morning in Buea, the capital of the English-speaking South-West region.

Fear of the unknown

President Biya’s victory is unlikely to raise expectations among many Cameroon nationals, with worries sweeping across the nation over what the future holds. President Biya, has been in power since 1982.

Cameroon is presently at crossroads, with various crisis confronting its existence. In the far North of the country, for instance, there is an ongoing battle against Boko Haram militants, while in the Western regions, government security agencies are fighting to quell protests by Anglophone separatists, fueled by allegations of marginalization and discrimination by English-speaking areas in Cameroon. The International Crisis Group think-tank, claims not less than 120 civilians and 43 members of the security forces have been killed since the end of 2016, while the UN reports that 160,000 people have been internally displaced and 20,000 have sought refuge in neighboring Nigeria.

So far, President Biya’s government appeared bereft of ideas to tackle critical issues clogging the socio-economic development of the West African nation, and his refusal to exit the corridors of power suggests there is no end in sight for Cameroon’s problems, as long as he remains in power.

It remains unseen if Biya’s seventh term of the presidency can provide the much-needed change in Cameroon by addressing the various challenges facing the West African nation.