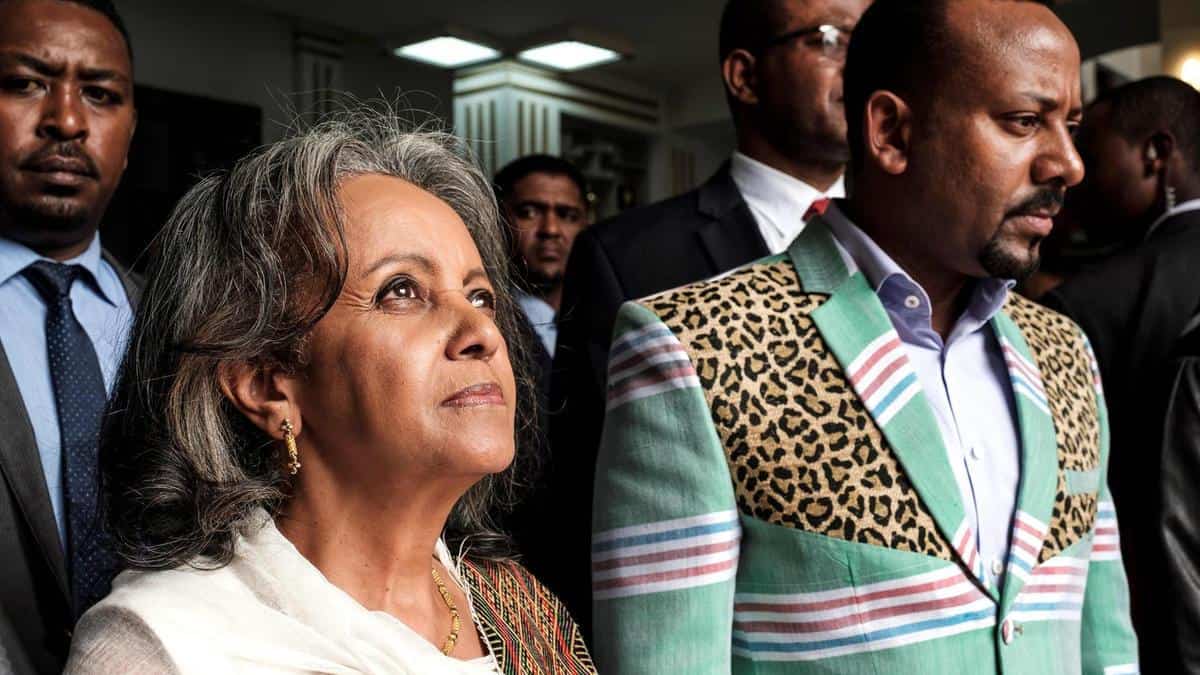 Sahle-Work Zewde was recently appointed as Ethiopian President by the country’s parliament after the shocking resignation of President Mulatu Teshome, and many believe her track records could further boost Prime Minister, Abiy Ahmed’s reform push in the East African nation.

Ethiopian President Mulatu Teshome shocked many when he announced his resignation from office in a letter sent to the country’s parliament.

The development ostensibly took many by surprise because the president’s resignation was a development least anticipated in an era where the country is gradually repositioning itself on global map after been battered for many years by unrest and political instability.

Teshome, 63, assumed office as president in 2013 and had been a strong advocate of democratic and inclusive government in Ethiopia. Many believed a recent cabinet shake-up by the Prime Minister primarily caused his resignation. The office of the Prime Minister leads Ethiopia’s government and policy.

During the cabinet reshuffle reported by CARACAL REPORTS, the PM had reduced the country’s ministerial appointments from 28 to 20. This was even as the designated half of the new cabinet to women, an unprecedented move in the country’s history.

Teshome- a member of the Oromo People’s Democratic Organization, one of the four parties of the ruling coalition Ethiopian People’s Revolutionary Democratic Front- had previously taken ministerial and high-level diplomatic positions, representing the country in Japan and Azerbaijan. He was Ethiopia’s ambassador to Turkey before he was unanimously appointed as president.

But while the President’s resignation has continued to generate specks of dust, many would be consoled with the appointment of Zewde as the new president. The president’s appointment was announced by Ahmed’s Chief of Staff, Fitsum Arega, on Thursday in a tweet.

With this appointment, Zewde became the second woman in the country’s modern history to serve as head of state. Ethiopia’s last female leader before Zewde was Empress Zewditu, who had governed the country between 1916-1930.

When it comes to prominent figures in the country’s political sphere, Zewde is someone who needs no introduction. Before her appointment, Sahle-Work, 69, served as the United Nation’s special representative to the African Union as an under-secretary-general. She also has held top diplomatic posts representing Ethiopia in France and Djibouti.

Such leadership acumen and managerial prowess at the top level, unarguably, would be essential to Ethiopia at a moment like now when the country is on its path to restoration.

No doubt, there are many ways the newly appointed president could boost the Prime Minister’s reformation agenda in the Horn of Africa.

In the first place, Zewde’s appointment signals a new dawn for Ethiopian women and further strengthens Ahmed’s drive for greater women inclusion in governance. Like most patriarchal societies, women in Ethiopia are hardly seen as significant ingredients in nation-building efforts.

Arega, the PM’s top aide had while disclosing Zewde’s appointment as president summed up the significance of the development thus: “In a patriarchal society such as ours, the appointment of a female head of state not only sets the standard for the future but also normalizes women as decision-makers in public life.”

However, the recent cabinet reshuffle by the country’s Prime Minister and the appointment of a woman to occupy arguably one of the country’s most revered offices would inspire many women in the East African nation. Ethiopia operates a parliamentary system of government, an arrangement that reduces the presidency significantly to ceremonial duties. Regardless, the office of the President wields significant influence on issues affecting the nation.

Whether or not Zewde would champion issues affecting thousands of Ethiopian women vigorously as already expected of her by a larger segment of the country’s population remains unseen, but many would be hoping her tenure would prioritize women’s welfare.

More so, the newly appointed President’s track records of doggedness and strength in the face of challenges are leaving no one in doubt that she remains the right person to further push the ongoing transformation reforms in Ethiopia, initiated by Ahmed’s administration.

At 41, Abiy is Africa’s youngest leader but he’s already stamping his footprints on the sands of time with radical reforms which included securing the release of many jailed journalists, bloggers and political prisoners arrested by previous administrations, ending decades of bloody war with neighboring Eritrea over border issues and recently his decision to occupy half of his cabinet with women.

Achieving these reforms hadn’t come on a platter of gold for the Prime Minister in an Ethiopian society largely polarized along ethnic divisions; but he had been able to weather the storms, mainly due to his indefatigable spirit.

Having someone with qualities akin to the Prime Minister’s as President, will, without any doubt, boost the ongoing reformation in the country. And this has been the significant factor gladdening the hearts of thousands of Ethiopians with Zewde’s appointment.

Her stint as a public service was one characterized by sheer bravely and unmatched determination. Zewde’s first ambassadorial appointment in service of her country was in 1989 to Dakar, Senegal with additional accreditation to Mali, Cape Verde, Guinea-Bissau, Gambia and Guinea.

As an ambassador then, Zewde endured what could best be described as the toughest moment in the country’s political history. Subsequently, Ethiopia’s brutal military-socialist regime was still in power, and Ethiopia’s civil war was at its peak. Shortly after the military regime was overthrown and a new government restored, there was a massive panic reverberating across the country’s political sphere with many highly-placed government officials, Ethiopian diplomats in other countries inclusive, scampering for safety in what appeared then an impending doom.

Many officials, out of fear of the unknown, had resigned from their offices in the face clampdowns spearheaded by the new regime. However, Zewde had demonstrated a fearless figure during the period, holding on to her duties and continued her service with the new regime, a development that earned her the trust of the new leadership with her diplomatic competence and managed to stay in the ranks of the foreign service.

She had also demonstrated such charisma during her time with the United Nations where she spearheaded various peace-building efforts across conflict-prone nations in Africa such as the Central African Republic. This feat made her the first woman to be appointed by the international body as special representative to the African Union and head of the United Nations Office to the African Union, a role she served at the level of under-secretary-general.

Observers believe the extensive working experience and knowledge housed by the newly appointed President would be invaluable to the ongoing reformation in the country.

Time will tell how soon the newly elected president and the Prime Minister would click in the ongoing drive to make Ethiopia a cynosure of all eyes.