Trump And The Danger Of Nationalism Worldwide 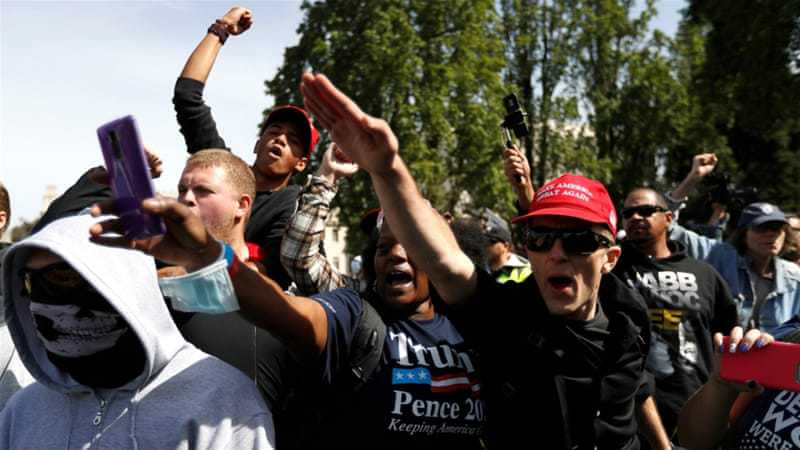 Last month at a Ted Cruz rally in Texas, Donald Trump twice encouraged his supporters to use that word, perhaps because some who do not support him already had been. Nationalist rhetoric is awfully dangerous, but also not particularly surprising coming from a President who is somehow equally temperamental and apathetic.

The sitting Commander in Chief of the United States, when confronted with allegations of nationalism, finally just owned the title because he could no longer deny complete impassivity, if not disdain, towards immigrants from foreign lands in need. In this instance, he was referring to his attitude towards the caravan of thousands of migrants heading towards the U.S. border, most of them from war-torn areas in Central America. He chose to embrace the word nationalist, wear it proudly, and persuaded hordes of others to follow his lead into flag-waving, life-threatening racism. 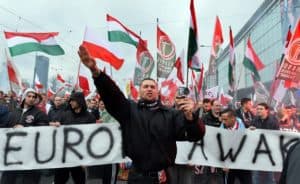 A loose comprehension of Trump’s nationalism might lead some to believe he simply wants what’s best for America; or when it comes to extending American resources to people from other countries, we should just save all the resources for ourselves. It’s a short jump from that notion to the Trump-approved slogan of America First, which has been used since World War I as a thin veil or blatant slogan for racism. The KKK carried banners that read America First in their parades, which might be enough for most people to avoid the phrase and its connotations altogether. Not Trump, though. He seems to have made a proactive choice to epitomize nationalism by embracing such controversial terms very proudly from his position as Head of State, purposely isolating the U.S. from global human rights efforts, and frequently speaking poorly of immigrants of color in desperate need. His brand of nationalism literally brings Klan-level racism to the White House and leaves more citizens across the world out from under the proverbial umbrella.

What happens to the people from collapsing communities when there is no aid and they are simply left to die? Please look to Yemen as a distressing example. You need do nothing more than search for “Yemen humanitarian crisis” to see that many foundations have set up funds to provide assistance for the crisis in Yemen, but that is simply not enough. It takes a much larger commitment, as there are over 22 million citizens of Yemen currently threatened by famine, grave injury, and death due to a deadly civil war. 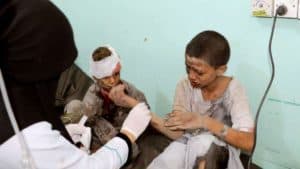 According to the International Rescue Committee, airstrikes led by Saudi Arabia and the United Arab Emirates have killed thousands of innocent Yemeni civilians in their homes, schools, and hospitals since 2015, and the United States and the United Kingdom have thus far declined any attempts to leverage peace.

Follow me to a different subject, and the news of a cover-up attempt by the Saudi government concerning their role in the murder of Saudi Arabian journalist, Jamal Khashoggi. With this news came a more general knowledge of an important, billion-dollar arms deal between the U.S. and Saudi Arabia, and connecting the dots might suggest that the arms we sell to Saudi Arabia could be used to bomb innocent civilians in Yemen. The notion of America First nationalism would suggest we put those billions into the American economy without regret for the massacres of innocent people and catastrophic loss of innocent life that will result. Nationalists probably don’t care about the fate of Yemeni citizens or how America is viewed globally, and neither does Donald Trump. 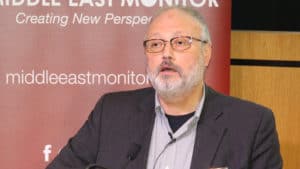 President Trump’s hesitance to denounce Saudi actions against their own citizens as well as the citizens of Yemen, along with his choice to frequently thumb his nose at European allies, illustrates a glaring lack of concern for how he is viewed on the world stage and reinforces his desire for nationalist isolation. Just last weekend, during ceremonies which gathered world diplomats to commemorate the 100th anniversary of the end of World War I, Trump was the opposite of diplomatic when he prefaced his time with those leaders by tweet-slamming the French President, Emmanuel Macron, for daring to suggest the European Union should be prepared to protect itself from threats.

Trump then missed a group visit to the Aisne-Marne American Cemetery in France, the site of a battle where American, British, and French soldiers fought and died in conflict with Germany during World War I. The Trumps arrived separately from a group of other prominent leaders to a different ceremony, missed out on a historic photo opportunity, and President Trump seemed overall happiest when he got a thumbs-up from Vladimir Putin.

Emmanuel Macron and German Chancellor, Angela Merkel, may have made history when they shared a powerful embrace in a display of global unity to mark the hundredth year since the end of World War I. Donald Trump, on the other hand, was pictured grimacing during the French President’s speech, which powerfully denounced nationalism as “a betrayal of patriotism” and morals. Trump, of course, waited to respond on Twitter by insulting France’s performance in the World Wars. Trump tweets;

Emmanuel Macron suggests building its own army to protect Europe against the U.S., China and Russia. But it was Germany in World Wars One & Two – How did that work out for France? They were starting to learn German in Paris before the U.S. came along. Pay for NATO or not!

In spite of nationalism having contributed to World War I, Trump still wore his nationalist badge to the commemoration, which seemed to be little more to him than a photo opportunity to look unhappy about being there and prove that he was either totally missing the point or just didn’t care. His tone-deaf actions at such a remarkable event send an unambiguous and dangerous message of nationalism to the world: America First, even if it will mean America alone.