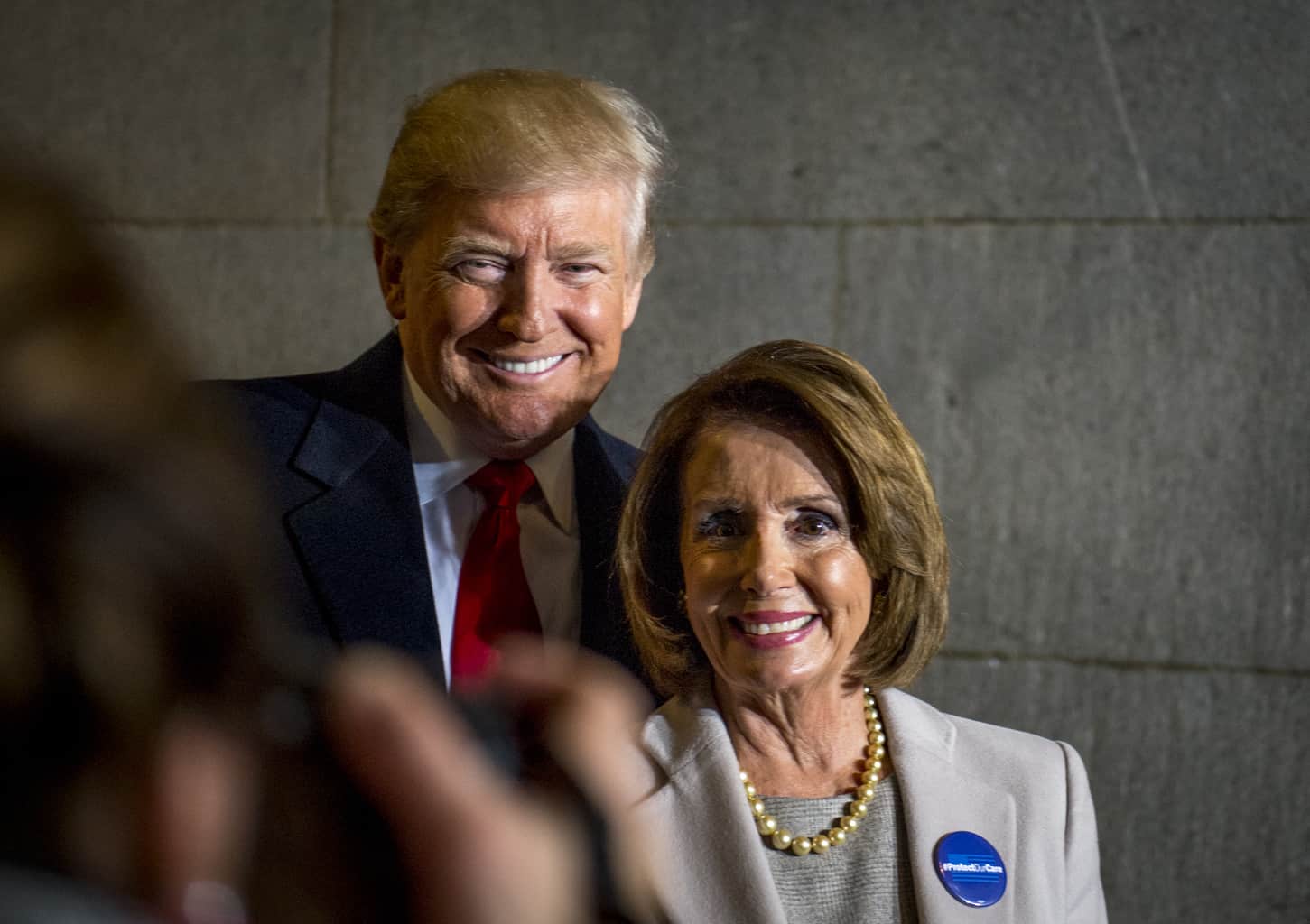 President-elect Donald J. Trump and U.S. Speaker of the House Nancy Pelosi smile for a photo during the 58th Presidential Inauguration in Washington, D.C., Jan. 20, 2017. More than 5,000 military members from across all branches of the armed forces of the United States, including reserve and National Guard components, provided ceremonial support and Defense Support of Civil Authorities during the inaugural period. (DoD photo by U.S. Air Force Staff Sgt. Marianique Santos)

The main focus of the meeting was Trump’s proposed border wall, which he previously falsely claimed would be fully funded by Mexico. Trump is now demanding $5 billion for the wall, while the two Democratic leaders are offering approximately $2 billion. Of note, current polling shows American citizens aren’t agreeing with President Trump’s stance on the wall. NPR reports:

By a 21-point margin — 57 percent to 36 percent — Americans think the president should compromise on the wall to avoid a government shutdown, rather than stand firm. About two-thirds of Republicans say the opposite, and the president has been focused on maintaining his base.

“But not only do most Americans oppose risking a government shutdown over a wall, but more than two-thirds (69 percent) do not believe building a wall should even be an immediate priority for Congress. That includes half who do not believe it should be a priority at all. More than a quarter (28 percent) believe it should be an immediate priority, including 63 percent of Republicans,” NPR continues.

The Associated Press also delivered analysis on the meeting:

Pence, a former House member, sat silently as Trump and the two Democrats bickered. He later called the meeting a “good discussion.” Asked to describe the atmosphere in the private meeting that followed the public quarrel, Pence said, “candid.” Pelosi and Schumer have urged Trump to support a measure that includes a half-dozen government funding bills largely agreed upon by lawmakers, along with a separate measure that would fund the Department of Homeland Security at current levels through Sept. 30, the end of the fiscal year. The homeland bill includes about $1.3 billion for fencing and other security measures at the border.

“Sunday’s shutdown threat from Trump also echoed a remark he made in February when he said “I’d love to see a shutdown” if the government did not agree to address immigration,” CNN reported President Trump saying back in July. The comment is a reference to a tweet Trump published in July.

I would be willing to “shut down” government if the Democrats do not give us the votes for Border Security, which includes the Wall! Must get rid of Lottery, Catch & Release etc. and finally go to system of Immigration based on MERIT! We need great people coming into our Country!