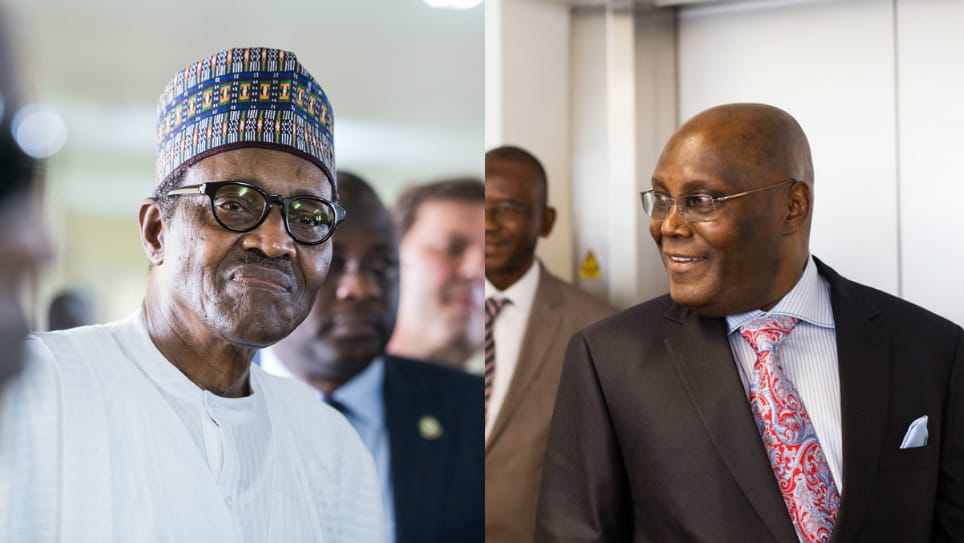 In Nigeria’s south-east, calls for boycotting of next year’s general election by secessionist movements alongside other factors are fueling voter’s apathy; a situation many feared is inimical to the region’s quest of shooting itself into its rightful place in the country after decades of alleged marginalization.

Nigeria’s much-anticipated 2019 general election is almost here. Hopes are blossoming as politicians are already doing the usual: Crisscrossing the country to market their candidacy to the electorates with head-spinning promises of creating a paradise if voted.

While the forthcoming elections may be garnering momentum, some stakeholders in the South-Eastern part of the country, predominantly dominated by the Igbos, are increasingly becoming worried over the fate of the region and the Igbo nation.

A major cause of concern for many is the ballooning voter’s apathy in the region, with many seemingly indifferent to a collection of their Permanent Voters Cards- the most vital element to determine voter’s eligibility during the elections.

This is happening despite growing claims in some quarters that the region is being marginalized and sidelined from strategic positions in the country, a situation that largely fueled the Biafra war and has refused to die down, decades after.

According to the Independent National Electoral Commission (INEC), Nigeria’s had voter population of 84,271,832 as at September 2018. While disclosing this at a regular meeting with Resident Electoral Commissioners in Abuja, the nation’s capital, INEC Chairman, Prof. Mahood Yakubu, had explained how the figure was arrived at.

“As you are aware, the commission concluded the current phase of the nationwide CVR exercise last week. For a period of 16 months, the exercise was conducted continuously in all the states of the federation and the Federal Capital Territory as envisaged by the Electoral Act.

Yakubu, had, however, dropped a caveat while making the disclosure, hinting that the number of registered voters might drop after its weeding out exercise geared towards detecting double registration and illegal registrants had been conducted.

“Although the figure may drop slightly after we run the Automatic Fingerprint Identification System, the current figure represents about 21 percent increase on the existing register,” he had added.

Critically, the statistics revealed by INEC are nothing to be excited about. According to the National Population Commission (NPC), Nigeria has a population of 200 million and is predicted to become the world’s most populated country by 2050.

Aside indifference to registration to be eligible for voting at the forthcoming elections, there are also concerns in the region over the non-collection PVCs among those who eventually mustered the courage to register. As at November 16th, 2018, the total number of registered voters in Enugu, one of the prominent States in the region, for 2019 election stood as 1,978, 547, according to a statement made available to CARACAL REPORTS by the state chapter of INEC. Out of this, only 1,504, 858 have collected their PVCs, with 175, 678 PVCs belonging to the registered voters still uncollected.

“The number of uncollected PVCs is worrisome and this summit is expected to find a solution to it, in addition to what we have done in the past,” said Enugu State Resident Electoral Commissioner, Emeka Ononamadu in a statement while addressing Civil Society Organizations (CSOs), and IPAC stakeholders on the state of preparedness, party primaries and display of PVR at the Commission’s Conference Hall.

“Our expectation is for this gathering to fashion out implementable recommendations that will ensure that over 80% of those who collected their PVCs turn up and vote during 2019 general election. If that happens, we expect over 1,203,886 to vote in 2019 general election and together we will be making history in Enugu State,” the Enugu INEC REC said.

Analysts have argued that the ongoing trend is inimical to South-East region’s quest of ending its age-long allegations of marginalization. The situation, they also argued, could deprive the region of an opportunity to find a lasting solution to burning issues it is currently grappling with.

“Our (Igbos) only way of fighting the current marginalization is to use our PVC. Apart from our PVC, Ohanaeze as an institution has decided to align with other Nigerians who feel the same way we do. In the middle belt, thousands have been murdered by Fulani herdsmen. In western Nigeria, they feel the same way we do. In the South-South, they are armed to the teeth and have prevented the exploitation of our oil resources because they do not see how oil can be domiciled in their home and it is distributed at the Federal level to their own disadvantage. We have formed the Southern and Middle Belt leadership forum and we have said that the only way we can salvage our country is from warfare and a resort to the destruction of ourselves in other to salvage our country is to have a restructured federation,” says the President of Ohaneze Ndigbo, Chief Nina Nwodo in an interview monitored by CARACAL REPORTS.

“Well, before you talk about the implications, you must first understand why there is a low collection of PVC in the region. To an extent, the typical Nigeria political system has compelled an average Nigerian to believe that his/her vote does not count in any election. To this effect, no need wasting time to collect the PVC. This, of course, is the undoing that has enthroned a reasonable degree of political apathy in the country,” says Mr. Sunday Elom, a political analyst in an exclusive chat with CARACAL REPORTS.

Mr. Sunday continued: “Establishing this factor as a national plague, you then come down to the southeast region where you have a conglomerate of factors. The major reason for low collection of PVC is the quest for Biafra independence which, whether one accepts it or not, is deep in the hearts of high and low profiles in the region.

“Under this major factor are other factors such as, “we have been neglected, so we are not ready to vote for them again even if Biafra cannot come” “none of our people is coming out for the presidency” “I have my business to do. No time for deceivers” etc. These factors amongst others cause the low collection of PVC in the region.”

On the implications of the rising voter’s apathy on the region, Mr. Elom said: “Now the implications. First, two wrongs can never make a right. In other words, boycotting elections by not collecting their PVC is on its own violation of their fundamental right. So, nationally and internationally, the region will or rather, may always be seen as civil rebels.

“Second, which I may say is the worst is that if they collect their PVC, they will definitely not vote. And if they do not vote, they will still not get their person to be presidency, yet elections will still hold while neglect, hostility, and marginalization will deepen.

“Third, the region will remain politically disadvantaged, the implication of which is perpetual underdevelopment. Remember, politics is also a garbage in garbage out game. One can easily say, after all, they have been voting and they still have nothing to show for it. But what do you think will happen when they don’t even vote at all or a few votes?

“Therefore, if they actually want to get things right politically, they must do the right thing (collect their PVC and vote the candidates of their choice). Whether their votes will count or not is the second step of success. No one wins a war by sitting at home. The more they persist with political apathy, the more the problems they have will deepen.”

Also speaking, George Asadu, a prominent traditional ruler in the region enjoined people of the region and Nigerians at large to collect their PVCs. He, however, believed the traditional institutions and other leaders in society have a crucial role to play.

“The PVC problem is on and as far as I am concerned, I have been educating my people on the need to collect their PVC because it is just like a soldier with the arm. A soldier without an arm is just an equivalent of an ordinary civilian. But if one has his or her PVC, he will be able to choose to the choice candidate during an election,” he told CARACAL REPORTS.

“What I am advising to all Nigerians is that they should all work together. Everybody should go and get his or her PVC to enable them to get the right candidate for Nigeria.

“The role of traditional and community leaders is for them to educate their people on the need to have their PVC which is the only way they can be eligible to vote during next year’s election. It is very important and as I said earlier, a soldier without an arm is like an ordinary civilian. That PVC is the arm of anybody going to vote. My advice for every Nigeria who has reached the voting age should go and collect his or her PVC for the 2019 elections.”