The Danger Of DuPont Chemical Contamination 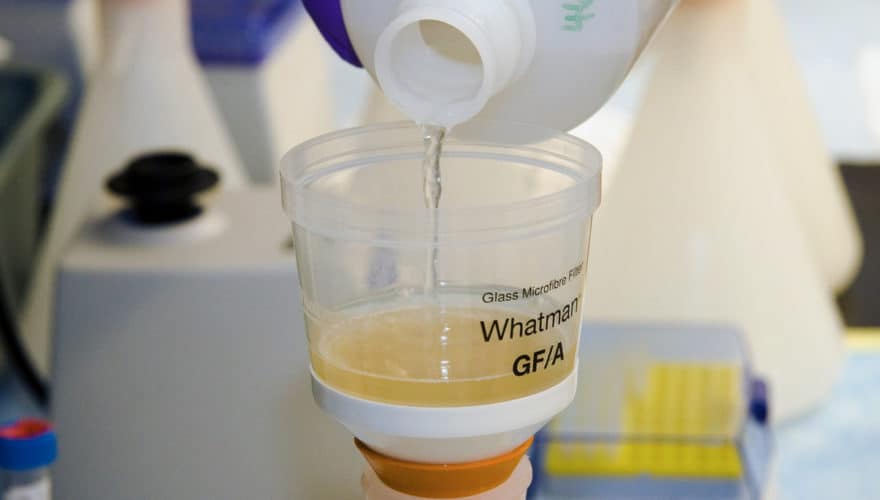 DuPont and its spinoff company, Chemours, stand accused of polluting water supplies near their plants for decades with chemicals which they knew to be linked to cancerous tumors and reproductive issues. The companies are currently being sued in several lawsuits in different states for continuing use of the chemicals long after they allegedly knew them to be dangerous to resident health.

Some of the residents of Wilmington, North Carolina — who live about 100 miles downstream from where the Chemours’ Fayetteville Works plant sits on the Cape Fear River — are convinced that leaks from the plant may have played a part in pediatric cancer and fetal abnormalities in the area. Residents have long been experiencing symptoms consistent with information in new studies on chemicals in the PFAS group, used and produced by Chemours to make Teflon.

Could drinking from a contaminated water supply really increase their risk for serious health issues? Multiple lawsuits filed against the companies this year, as well as newly released government assessment reports, suggest the answer to that question is yes.

Carter Mandley was born in Wilmington on September 14, 2015. The youngest of three boys, Carter was diagnosed with malignant cancer at 9 months in June of 2016 and passed away on October 13, shortly after turning one. The Mandleys became involved with a network of families at UNC Hospitals during Carter’s final months and continue to assist with pediatric cancer needs through a nonprofit organization called The Buttercup Foundation, which they established in memory of Carter.

Carter’s mother, Lyndsey, reported through a personal message that her networking revealed Carter to be one of at least four children diagnosed with uncommon cancers locally between 2014 and 2016. The other children in that group had Wilms tumors, a rare pediatric cancer beginning in the kidneys, but Carter had an extra-renal malignant rhabdoid tumor— an extremely unusual and highly fatal cancer which was first believed to be a variant of Wilms tumor since it also commonly begins in the kidneys. In spite of statistics, Lyndsey and her husband, Chris, had hope for recovery when Carter was first diagnosed, but the tumor filled his stomach and spread to his lungs and brain within his first year of life.

When Lyndsey learned that a nearby Chemours plant which has been in operation for over 40 years had been caught leaking chemicals with unverified effects into the local water supply, she questioned if it could be linked to the death of her youngest son and the seeming local rash of pediatric cancer. After beginning to have doubts about drinking the recommended amounts of water while pregnant or using tap water for mixing Carter’s formula, she wondered if the drinking water was safe for her two older boys. The Mandleys were part of an early lawsuit against Chemours which was dropped due to lack of evidence at the time.

Lyndsey put me in touch with another local woman, Beth Markesino, who revealed she was forced to have a c-section at 24 weeks of pregnancy due to various complications, including placenta previa and lack of amniotic fluid. Her son was named Samuel, but his kidneys, bowels, and bladder were undeveloped and she could not carry him to term. Samuel briefly met his family and was baptized, but passed away soon after birth. Beth also drank ample amounts of water and believes it’s possible that pollution from the Cape Fear Water Supply affected her son’s fetal development. Following the loss of Samuel, she was forced to have a hysterectomy due to large ovarian cysts, and she is now unable to have more children. Beth participated in blood tests which showed the presence of PFAS, substances from a group of man-made chemicals which are produced, used, and released by Chemours. While she is grateful for her six-year-old daughter, she had also hoped for more children and struggles when her daughter asks for siblings. She’s now part of a strong effort to put a definitive stop to the discharge of PFAS chemicals, including GenX, into the Cape Fear River by Chemours.

Beth runs a nonprofit group with her partner, Kathleen Gallagher, called North Carolina Stop Gen-X in Our Water. They have been at the forefront of this controversy, showing up where they can and speaking out about dangerous water pollution. Through the group, I learned of a four-year-old girl who was diagnosed in March with brain cancer in Leland, North Carolina — roughly 10 miles from Wilmington — and a nine-year-old girl from Wilmington who had passed away in 2015 after a four year battle with an uncommon cancer of the soft tissue and muscle.

Star News reported last year that GenX and other chemicals in the PFAS group were found in high levels in the Cape Fear Water Supply. Over 250,000 North Carolina residents rely on that water supply for their drinking water. These chemicals aren’t filtered out through water treatments so area residents were unknowingly consuming numerous contaminants, sometimes in very high concentrations, for many years.

Request for a public health assessment to review potential long-term health effects of GenX in water supplies led Chemours to disclose that the plant had been discharging PFAS chemicals into the Cape Fear River since 1980as a side effect of their manufacturing process. An investigation was opened and the plant’s discharge permit was temporarily revoked by the state.

The EPA released a fact sheet last month stating new findings that GenX and a small batch of related chemicals were shown to have health effects indicative of cancer in the kidney, liver, blood, immune system, and developing fetus in animal studies, specifically through oral exposure. The agency used that research to establish guidelines for lifetime ingestion of GenX and a related chemical called PFBS but stated they do not intend to issue a regulation for the chemicals at this time.

DuPont was previously found to be withholding health information regarding the chemical PFOA, the PFAS used before it was linked to cancer and removed from the market after many decades of use. The company knew the chemical was persistent in the blood of their plant workers in the 70s and linked it to endocrine disorders and decreased liver function. DuPont did not disclose their findings to regulators in the EPA and misrepresented health effects until 2015 when production and use of PFOA were eliminated by the entire chemical industry. DuPont paid millions for civil penalties, fines, settlements, and class action lawsuits for the health effects of PFOA. Chemours was formed as a separate company to produce performance chemicals at the same time new production of PFOA was being eliminated due to emerging information about health effects. GenX replaced PFOA and is advertised on Chemours’ website as a safer alternative, though it was DuPont’s choice to begin the transition to the chemical in 2009, years before Chemours was formed.

Founder of the Environmental Working Group, Ken Cook, explains why babies are particularly at risk to these silent contaminations in a video called “10 Americans” available on YouTube. He reports information from a study of umbilical cord fluid which showed babies are born pre-polluted with hundreds of man-made chemicals, proving that industrial pollution starts in the womb. Cook explained that in gestation before the blood-brain barrier has formed, the fetus is particularly vulnerable to substances which cannot be filtered out by the placenta. Some of those chemicals, such as PFOA, have been linked to cancer, birth defects, and developmental abnormalities.

North Carolina’s Department of Environmental Quality (DEQ) has proposed the Chemours’ Consent Order, proposing “safe” limits for discharge of GenX and other PFAS chemicals. Chemours also denies any wrongdoing. This order is opposed by locals, like Beth Markesino, who want the state to make the company eliminate the discharge of unstudied or understudied chemicals into the local environment while more research is done. These residents would also like to see more information from researchers who are not contracted by the company.

For what it’s worth, Chemours has stated that the company is taking action as part of an investment of over $100 million for “state of the art technology to reduce emissions of GenX and all PFAS compounds by 99% or greater” by the end of next year. Chemours will also pay $13 million for a civil penalty and costs to the state for investigating.

It took years to get PFOA eliminated from the chemical market, not just because of inadequate laws but because DuPont hid and misrepresented the impacts of long-term exposure to their chemicals. Some are concerned about the effects of allowing further contamination of public drinking water and private wells while the company and government regulations catch up with new health information on GenX. The residents of Wilmington are prepared to fight against PFAS chemicals as Chemours has stated its intention to apply for a new wastewater discharge permit for the Fayetteville Works plant.

Public comment on the Chemours consent order will be taken by the North Carolina DEQ through the deadline of December 21 through email or mail: