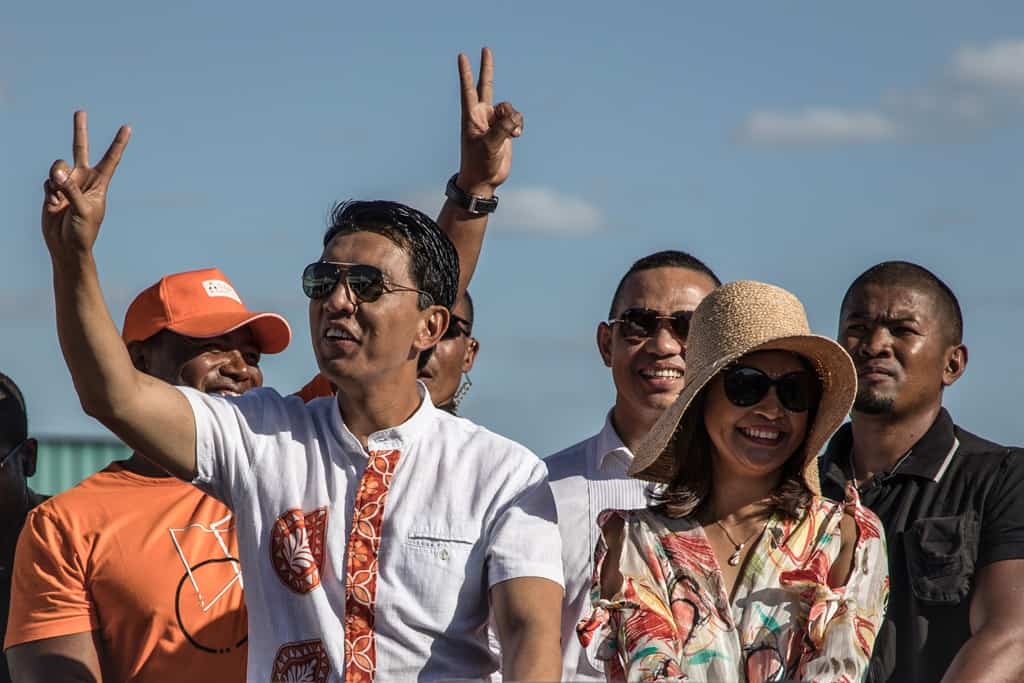 It’s official: Former President Andry Rajoelina is the winner of Madagascar run-off election held on December 19. The full provisional results of the election disclosed by the country’s electoral commission showed that Rajoelina polled 55 percent of the total votes to defeat his main rival and predecessor Marc Ravalomanana, who got 43.34.

Unfortunately, the provisional results of the run-off election have already been beset with controversies, with Ravalomanana alleging the process that produced Rajoelina winner was riddled with fraud.

Ravalomanana had gone to the Constitutional Court, the apex in the Indian Ocean island, shortly after the electoral commission released results of the run-off election last week Thursday, complaining about missing serial numbers on some ballots, among other allegations of fraud and irregularities.

The court has until January 7 to formally name the new president after it has reviewed the petition.

In a statement on Friday, Ravalomanana’s party alleged that “several hundred grave anomalies have been identified” and mentioning among other examples, ballot box stuffing and use of non-compliant voting materials.

At the square, protesters held placards calling for the disqualification of Rajoelina and denouncing “corruption” and “fraud”. “Any electoral fraud is a serious crime” read one placard inscribed in red.

The protests, according to AFP, continued over the weekend with Ravalomanana’s supporters thronging the streets to express their dissatisfaction with the electoral commission’s results that produced Rajoelina as the winner.

Opposition lawmaker Hanitra Razafimanantsoa told the crowd gathered in the square that if there’s a vote recount “you will find that our candidate Marc Ravalomanana won this election”.

“We will come here every day, from January 2, 2019”, until the HCC finalizes the case, vowed Razafimanantsoa.

The ongoing allegations are indications Ravalomanana is unlikely to accept results of the run-off election, even if the Constitutional Court rules in Rajoelina’s favor. There are indications pointing to such. Ravalomanana boycotted announcement of the run-off election results last week, a development many, including with the president of the electoral commission, Hery Rakotomanana, condemned.

This, analysts, believe signal doom for a nation struggling to find its feet after years of political instability and economic crisis, caused largely by the 2009 coup.

CARACALREPORTS had in a recent post perused the dangers of another post-election crisis to the country’s development. A World Bank report listed Madagascar as one of the world’s poorest countries, with almost four in five people living in grinding poverty.

Madagascar has not had a peaceful transition of power since its independence from France in 1960 and its looking unrealistic for the country to get it right this time around. As it stands, reaching a compromise might seem impossible for both ex-leaders who are desperate to return to power. The two former presidents were banned from running in a 2013 election as part of an agreement to end recurring crises that have rocked country since Independence.

That Rajoelina would go any length to defend his victory at the polls is far more likely than not. Already, he had quashed allegations of fraud during the polls.  “We don’t know how to cheat. We don’t know how to steal,” he had been quoted as saying after his emergence as winner according to the election commission.

“We need calm. The people of this country don’t need trouble,” he had added, declaring election over till 2023.