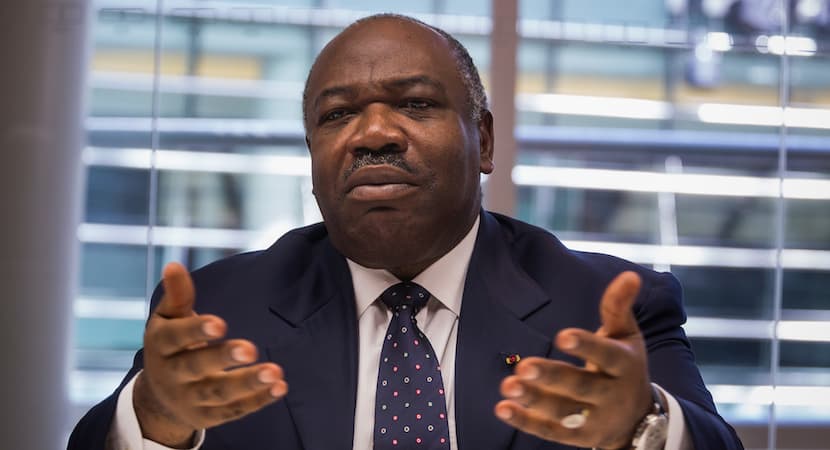 Gabon may have survived an attempted coup by the military on Monday, but the attempt might be an indication of what to come, should President Ali Bongo hang on to power.

On Monday, Gabon was struck by news of a military take-over of power, which began with seizure of the country’s national radio station.

The attempted coup was staged by some groups of soldiers who christened themselves: “Patriotic Youth Movement of the Defense and Security Forces”.

The soldiers had pegged the attempted coup on President Ali Bongo’s perceived inability to provide the country with the needed leadership, having been struck with stroke since last year. The group cited the recent New Year message sent across the country by the president as an instance of the President’s weakness to lead the country.

President Bongo had last week sent a New Year video message from Morocco, the first time he would do so after he was reportedly buckled down by a stroke in October last year.

In the said video by the President which was recorded in Rabat and distributed via social and traditional media, the President admitted he had been “through a difficult period”.

He however shored up hopes adding: “Today, as you can see, I am preparing to meet you again soon.” Swinging in defense of the recorded video message, AFP had quoted Presidential spokesperson Ike Ngouoni, as saying the message was an indication that the president was speedily recuperating.

“This speech is proof that President Ali Bongo is fully recovered. His health problems are now behind him,” AFP had quoted Ngouoni as saying.

But dismissing the President’s video message on Monday during the coup attempt, Lieutenant Kelly Ondo Obiang, leader of the self-declared Patriotic Movement, contend that the President’s New Year address “reinforced doubts about the president’s ability to continue to carry out the responsibilities of his office”.

He added: “Once again, one time too many, the wielders of power deceptively continue to instrumentalize the person of Ali Bongo Ondimba, a patient devoid of many of his physical and mental faculties.

However, the coup attempt could not stand the test of time, with government forces overpowering the soldiers. The country’s communications minister later on Monday announced most of the renegade military officers had been arrested and the situation was under control.

The first of such is the perceived unwillingness of President Bongo to relinquish power even against the will of the people. Bongo, 59, rode to power in 2009 after the demise of his father, Omar Bongo. Prior to his emergence, his father had ruled Gabon for 42 years. Bongo won re-election in 2016 by fewer than 6,000 votes, sparking deadly clashes between protesters and police during which the parliament was torched.

Analysts argue that given the ongoing dissent against long-serving rulers across the continent, Bongo’s government may be hanging by a thread. “What we’re watching across this continent – whether it’s Gabon, Sudan, or DR Congo – is a kind of tipping point moment,” Aly-Khan Satchu, an economist and Africa analyst told Aljazeera.

Another major reason for Monday’s attempted coup is due to the President’s ill-health. Bongo reportedly suffered a stroke on October 24, 2018, while visiting Saudi Arabia and has since been treated in Morocco. Since then, the President had made few public appearances, casting doubts over his ability to spearhead a country such as Gabon.

“The captain has been out of the country for a few months, this is a decapitation strike which I think will be difficult for the family to repel,” Satchu told Al Jazeera. “It will be very difficult for the president to regain control while he’s sitting in Morocco,” he added.

Monday’s coup attempt has drawn condemnations from the international community. France on Monday condemned an attempted coup in its former colony Gabon and called on its citizens in the capital Libreville to avoid moving around the city.

“We condemn any attempt to change government outside constitutional rules,” French foreign ministry spokeswoman Agnes von der Muhll said in a statement. “Gabon’s stability can only be ensured in strict compliance with the provisions of its constitution.”