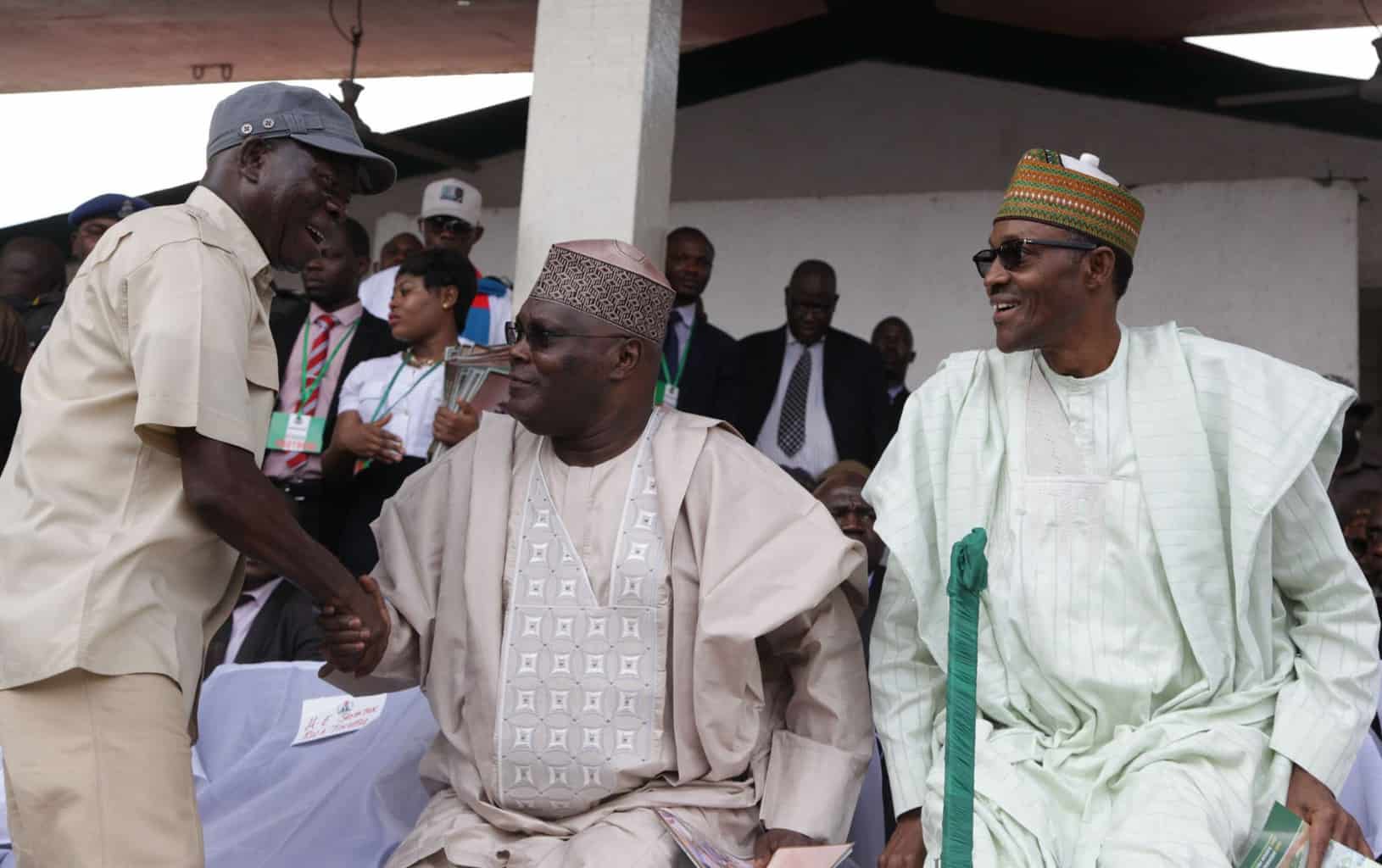 The Nigeria General Elections have had the citizens divided into chaotic classes of choice, preferences, and opinions. The electorate, in the firm clinch of their Permanent Voter Cards, PVCs, has, so far, declared themselves the winner of the preferential debates. And they are right. The  PVC is the primary object of the voter’s electoral decisions, voter conscience is just secondary. But in Nigeria’s defoliated electoral game field, both the voter cards and voter conscience offer similar corrupt trade values, and the dirty and desperate corrupt politicians have found a heinous method to brainwash, manipulate and enchant the naïve voters into the obscene game plan.

The issue of electoral coinages like vote buying and selling is a common phenomenon in Nigeria voting system. Ballot box snatching and election-related thuggery are issues of another courageous day. Most political observers have described the comparable inactivity of the Nigerian political vote seekers before the twenty-nineteen elections as a conscious tact to avoid fruitless wastage on campaigns and late night lobbyings. All stacked resources lead to the polls — the perfect corrupt market; the strategic rendezvous for vote trade.

The dizzy Nigerian economy, a causative reason for mass poverty and hunger in the country, has aided these almost-incurable electoral crimes. The corrupt Nigerian political class; the crafty capitalist in these mishaps have always found a way to exploit the vacuum for unaltruistic purposes. In a country where the desperate thought of re-election supersedes a value-driven idea of people-oriented governance, the politician would rather spend on votes than on a dilapidated school block. And when, few months to the elections, they finally decide to play the usual enchantment games, or patronizing a roadside food seller — donating to communities, schools or renovating a previously re-modernized market or school blocks — expect a huge sum just to have the “giant stride” on the front page of national and local media. Such is the dark picture of our national consciousness.

Voter education has remained a very important pre-electoral process in Nigeria. The Independent National Electoral Commission, INEC; the country’s electoral umpire, the National Orientation Agency, NOA, schools, and civil society groups have cut deep into this crucial model. Sadly, the results have been lukewarm and almost not encouraging. Most times, the voters barely listen to these teachings, describing the institutions that dispense them as strong bandwagon in national corrupt movement. Affirmatively, any institution that keeps mute on or looks to be aligning with a tainted process is unworthy of teaching the sanctity of cleanliness. In Nigeria, where appointments into INEC and the likes are made by an elected president, transparency and neutrality become subjects of demoralizing discourse. In the middle of these disabilities is the government, benefiting from a failed system, and turning its face away from the mounting calls for the disinfection of Nigeria’s electoral process.

The opposition, on a close hand, has queued into the terrible process, describing itself as being helpless to pressure change. That is a farce. Vote buying and selling have often been a system that brings most politicians to power. The beneficiaries of this repulsive scheme stick to it and go the length of appropriating budgets to see to its further fruition. It is more like an electoral norm; an acceptable tenet, like the washing of the hands before meals. Those who try to shrug off the act as illegal, are made to gnash their teeth on the election day, and possibly regret having allowed their principles and patriotism cost them their political ambitions. The nightmares go on and on, and we could lose count. Cases abound of wealthy or contracted political stakeholders hosting polling booths in their homes. Voters converge, thumbprint for the designated party and get their honorarium. A politician’s home is a polling booth. The so-called votes count.

The products of this condemnable system reflect the depth of Nigeria’s failure today. The commonsense argument is that the winners of this terrible electoral mess cannot look the way of development, having seen and participated in the porous process. And trying to initiate moves to rid it is often termed in the Igbo proverbial sense of trying to bite off the fingers that feed you. Such intent sits top on the echelon of ingratitude. Most saddening is the involvement of the youth in this ugly business. Trading one’s voter card for a petty sum, crime apart, is the height of prodigality. The solutions to Nigeria’s electoral ravages lie with the voters; the Nigerian people. The millennial notion that power is of and with the people, breathes as new as it was a thousand years ago.

Consequently, the electorate must take a sober look at the trepidations of Nigeria and understand that in our hands reside the change we seek, the dreams we wish our country become. A convergence of a united, forthright people is the worst nightmare of the corrupt political class. Our pride is our conscience for national change; our voter cards are a sacred tool for that change. We must understand the value of what we possess, it is worth more than material gains. It is like a destiny; the destiny of our dear nation. And just before we vote, we must search the depth of our minds for the candidates that meet these requirements of good conscience, those who share in our pains of a national wreck. Those are the right choice. Our voter card defines the course of our country. A plate of porridge is just not worth its trade.