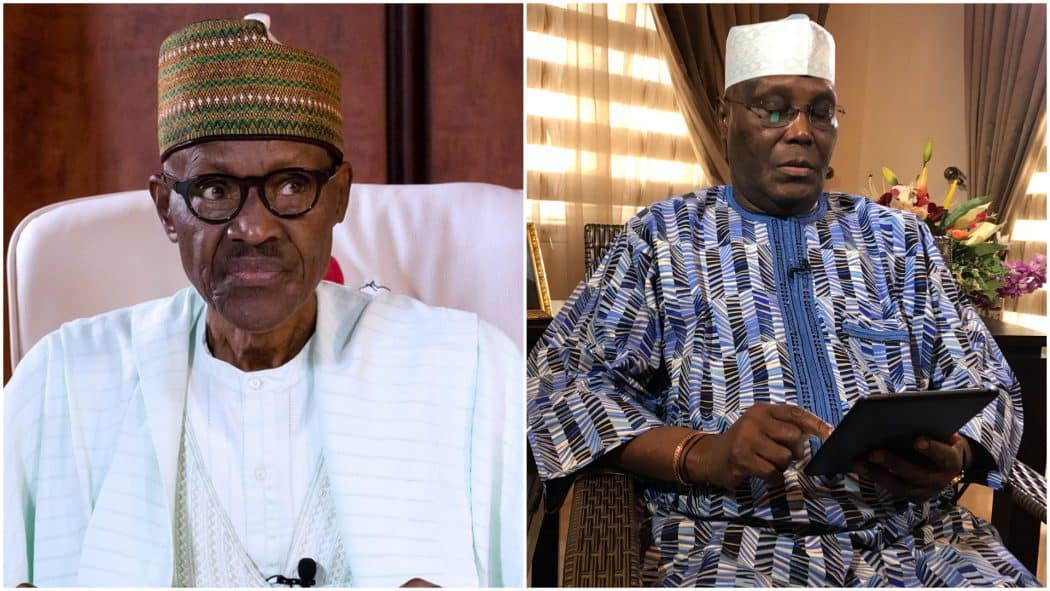 Mouthed as a last-gasp option to provide Nigerians the needed leadership, Nigeria’s supposed third party has proven a failure; a development many say makes the forthcoming general elections less significant.

Sunday Elom is one of the registered 84 million Nigerians that will vote in tomorrow’s general elections. Elom like many other voters sees the forthcoming elections as significant but with a hopeless aspiration to the country.

He adds: “Therefore, the forthcoming elections is very significant to me more than ever before. Our political domain has been brutally destroyed by heartless and self-centered politicians. The effects of which include the present decomposed economy, insecurity, baseless and shameful educational system, promoted unemployment, technological-crime development, among others.

“It’s very significant to me because the outcome of the elections will either completely destroy the remaining part of the dying life wire of this country or restore the evaporated hope.

Elom remains skeptical that the forthcoming elections are a quick fix to Nigeria’s problems, considering the major candidates jostling for the country’s highest political office.

Most discussions around the forthcoming elections have been on the presidential poll which holds simultaneously with that of the National Assembly on February 16.

While there are many candidates vying for the topmost political seat, the presidential election is considered a two-horse race between incumbent President Muhammadu Buhari of the ruling All Progressives Congress (APC), who is seeking a second term in office and former Vice President, Atiku Abubakar of the People’s Democratic Party (PDP).

But many Nigerians want a better candidate than the two major contenders for the forthcoming presidential election.

“My pain is that what we have presented as major candidates are not in any way close to the light of hope. A colleague once asked me who is the best candidate among them and I told him confidently that we don’t have candidates yet. We only have ‘political classmates’. There are all the same,” says Mr. Elom.

Mr. Elom is not alone. Swathes of the country’s voting population will go to polls tomorrow with concerns over the prospects of electing either Atiku or Buhari. The two candidates have been part of the ruling class for more than two decades.

The collapse of the Third Force

Nigeria’s 2019 general election was mouthed as a schism between the older and the younger generation. Prominent leaders including erstwhile President Olusegun Obasanjo among others have all at one point or the other brand the present crops of Nigerian leaders, ineffective, canvassing for a third force.

“For the avoidance of doubt, let me make my position quite clear because I don’t want any ambiguity; I, Wole Soyinka, will not be voting for either the two so-called contesting parties. I find both of them worthy of absolute rejection,” Prof. Wole Soyinka had said at an interactive session at Freedom Park in Lagos titled, ‘Citizen Forum 2019.’

These calls among other factors birthed the third force movement in Nigeria with two major goals: to end APC and PDP’s duopoly on Nigerian politics on one hand and on the second hand; to inject young, innovative and vibrant leaders into the system, thereby flushing out the older generations, largely considered clueless, from positions of power.

Last year, 14 new breed presidential aspirants agreed to form a Presidential Aspirants Coming Together (PACT) to unseat the Buhari-led government and “rescue Nigeria from the brink of collapse through visionary leadership.” The PACT had held an election, supervised by a former Minister of Education and convener of the Red Card Movement, Mrs. Oby Ezekwesili, which produced Fela Durotoye as the consensus candidate.

But the move besets by conflicting interests and controversies did not stand the test of time. Other members of PACT had disagreed with the process that led to Durotoye’s emergence, consequently withdrawing from the coalition.

Critics have alleged that the third force movement was a ruse to sway unsuspecting Nigerians.

“I must tell you that I am not in any way surprised that they collapsed,” says Mr. Elom. “This is because from the outset I have always known that we don’t have third force. What we have are customized sycophants groups.

“If you doubt my point, then answer these few questions: First, what’s the difference between APC, PDP and other 89 political parties? Only name. Second, were the third force ready for positive change? No. They only wanted the opportunity to grab power at the top and get their share of the national cake.
Third, do they know what to do to achieve people’s desires? They know but that is not their root objective. Fourth, were they faithful to themselves and their presumed goal? No. They were deceptive to each other and that I’d why you can see betrayal and counter-betrayal among them. Remember the fresh case of ACPN top leaders including the former presidential running mate and the presidential candidate’s late withdrawal from the race.

“So, there was never true third force because they only existed as the extended branches of the first and second forces. The implications of their collapse to our democracy are not different from what it has always been: giving more reason to the exploiters to be stronger in their brutality. Seeing that they have no challenger; increased political apathy amongst Nigerians since they can’t trust any political party or candidate; dividend of pains, poverty, anarchy, and judicial deflation; loss of international glory and reputation; engraved economic and educational decomposition among others.”

Like Elom, Chidiebere Kalu another social commentator based in Lagos remains critical of the formation of the third force and its eventual collapse.

“The idea of a third force is not something I want to buy,” says Mr. Kalu.

“I don’t believe that politicians are messiahs; basically, they are all the same. So, it’s not as if the “third force” is made up of “Jesuses” who are coming with a magic wand to change the status quo. It’s all the same thing, for me.

“I prefer PDP to any third force for the following reasons; I’m being as realistic as possible here.

“First, these new guys don’t have the experience nor the influence. How many of them have ever handled any political post in the federal, state or local level of government? None or very few. So how do they now hope to convince voters to vote for them? How do they hope to win votes? I’m not even talking about how competent are they gonna handle the government if by any chance they win.

“Furthermore, if the third force were serious with making an impact on this year’s polls, they would have amalgamated and formed a formidable frontier force which would give the ruling party a run for its money. But sadly (and predictably), they didn’t. Instead, they all want to win. Where’s the unity? One broomstick can’t sweep a room but a bunch of broomsticks can. So, you see, I don’t subscribe to the gospel of the third force.

“I suggest we give the foremost opposition party another chance so they can oust the ruling party out of power. Let’s start from there. We’ve gotten to a point in our history where a second tenure should be a form of reward for a government that did well in its first tenure, not for mediocre and underachievers. That way, the leaders would be up on their toes and Nigerian can achieve development at a faster rate.”